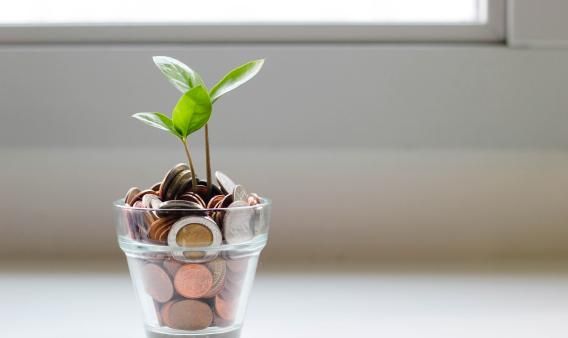 In the crisis caused by COVID-19, private consumption in Portugal has suffered a sharp contraction (almost 6% year-on-year in nominal terms in the cumulative period of the first three quarters of 2020). This fall was very significant, but not surprising, as it has been common in previous crises. However, unlike in 2011 and 2012, the decline in consumption is not explained by a reduction in disposable income. In fact, unlike in the previous crises, disposable income actually increased slightly in 2020 (see first chart). What can explain this behaviour in the current crisis brought on by the pandemic? 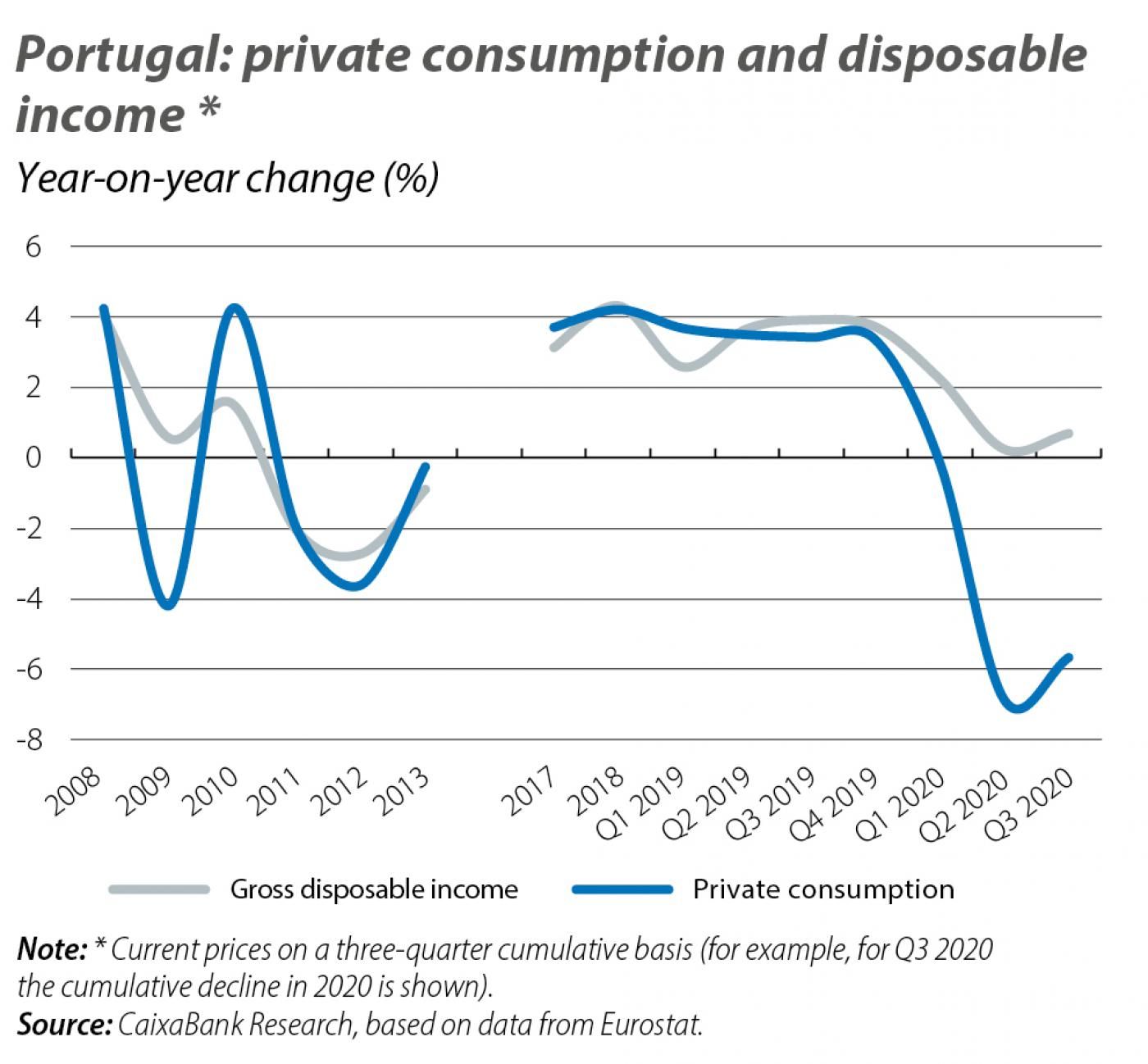 Firstly, it is important to clarify the concept of household gross disposable income (GDI).1 GDI includes workers’ wages, property income (rent, interest, dividends), the gross operating surplus of self-employed workers, and both domestic and foreign transfers (state benefits and remittances from migrants), less any taxes and social security contributions paid. In Portugal, more than half of the disposable income comes from wages.

There are various reasons for this differential behaviour compared to previous crises. The first is the evolution of the labour market: in the first three quarters of 2020 the population in work fell by 2.4% year-on-year on average, notably less than the –3.2% and –4.1% declines registered in 2011 and 2012, respectively. Two factors cushioned the pandemic’s impact on the labour market: i) the possibility of resorting to telework (it is estimated that over 23% of the employed population – more than one million workers – worked remotely during most or all of Q2)3 and ii) the public measures introduced to support employment.

In particular, temporary furlough schemes affected more than 880,000 people last July (almost 19% of Portugal’s employed population) and have been key to minimising the loss of household incomes (as well as minimising uncertainty). In Portugal, these furlough schemes guarantee two thirds of workers’ remuneration. Furthermore, while the unemployment rate stood at 5.6% in Q2, we estimate that it could have exceeded 20% if these measures had not been implemented.4,5

Alongside the measures to support employment, the government created other social support mechanisms which have also proved important in stabilising household incomes. In the first wave of the pandemic, and with the closure of schools, parents had access to financial support for child care equivalent to two thirds of their base pay, with a minimum of 635 euros. In addition, those isolating for preventive medical reasons receive financial support equivalent to 100% of their remuneration for 14 days. In the event of infection, the affected person is entitled to a sick pay benefit, valued at a similar amount to the support granted in the event of preventive isolation, but for up to 28 days. These aids are available to both employees and self-employed workers.

The support measures for the payment of rents (who faced arrears and suffered significant declines in their income) and the moratoria on loan repayments have also helped households to accommodate the economic impact of the pandemic. These measures do not directly affect the statistical calculation of GDI but they do help to relieve the pressure on households, because housing-related expenses represent, on average, around 20% of the mean income of Portuguese households (rent or imputed rent are the main components, but this category of expenses also includes repairs and utility supplies, among others).6 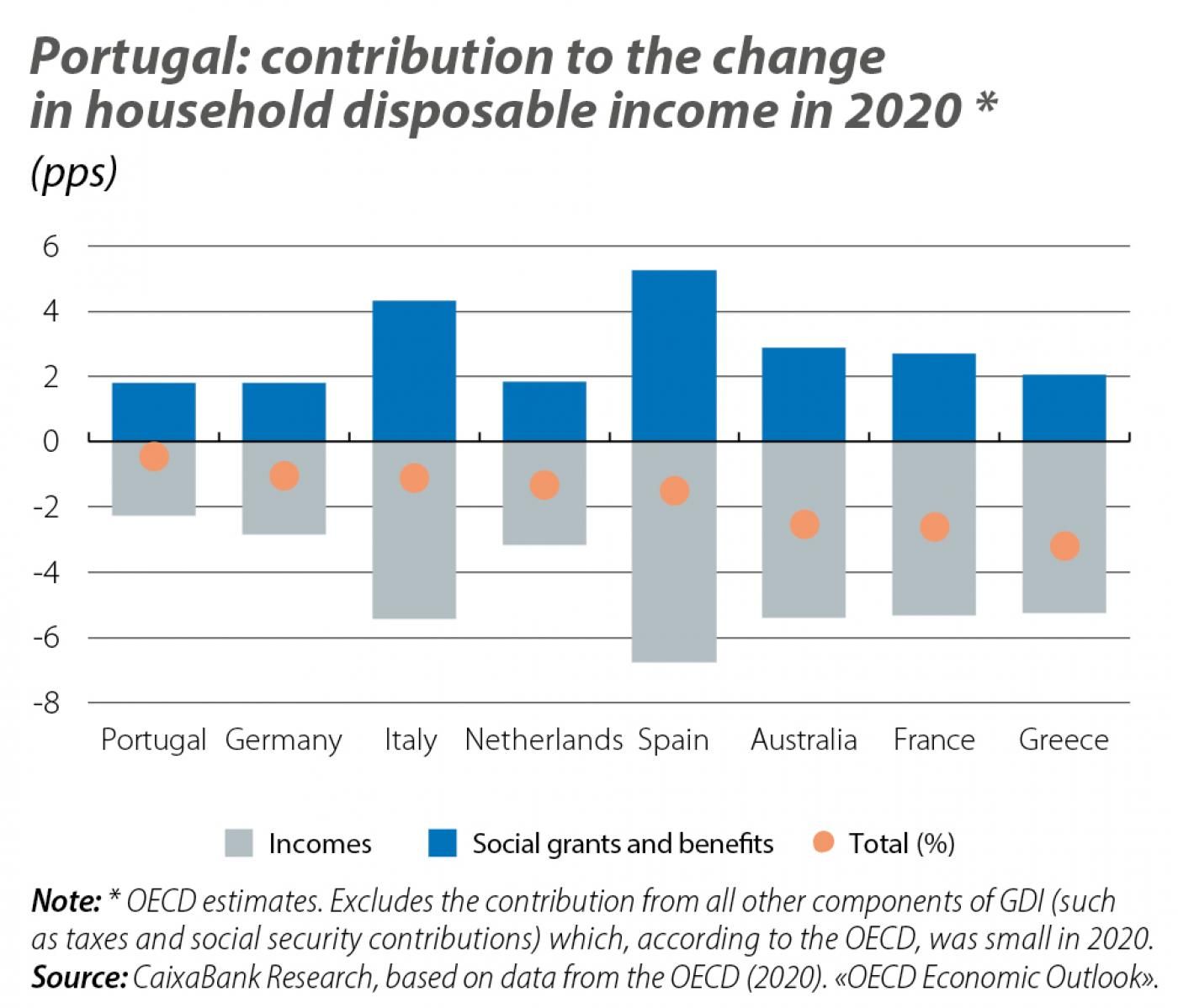 In short, the package of public measures aimed at supporting households during the pandemic has relieved the pressure on household income. In the specific case of support for employment and subsidies, it is estimated that without these measures GDI in the EU as a whole would have fallen by 5.9% on average in 2020.7 In the specific case of Portugal, social contributions and benefits have boosted disposable income by 1.7 pps (cumulative figure for the first three quarters of the year). In other words, these contributions and benefits have grown by 7.9% year-on-year, but if they had remained stable, Portuguese disposable income would have fallen by 1.0%.

Beyond these aggregate figures, the COVID-19 crisis is affecting different groups of the population to different extents. In particular, the poorest, who have more precarious jobs and fewer qualifications, are hit the hardest, thus aggravating social inequalities. However, this increase in inequality also appears to have been tempered by the public support measures, as suggested by some estimates by the European Commission.8