Factors behind the differences on inequalityat the regional level

The economic crisis generated by the COVID-19 pandemic is deep, that much is well known, but its impact is also proving to be very different from region to region. This also makes the pressure on inequality highly varied. There are several factors that can explain the large regional differences, such as the strictness of the measures imposed in each area or the differing production structures. 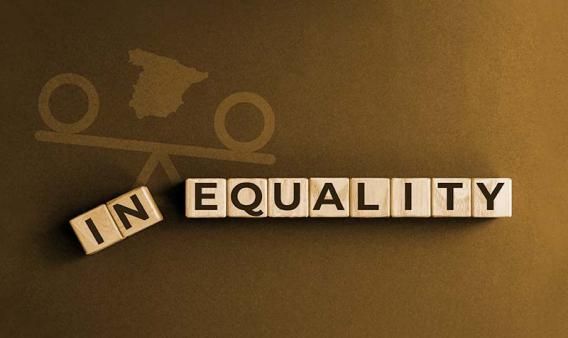 Below, we analyse in detail the role that these factors have played in the changes in inequality in each autonomous community region,1 although we can tell you now that it varies. We also show the ability of the public sector to cushion the regional differences. As you will see, it has played a key role, and despite the varying intensity of the shock in each region, the final rise in inequality has been very similar across the board.

In April 2020, at the height of the crisis, all autonomous community regions experienced a sudden and very pronounced increase in inequality, but the intensity of this increase varied from region to region. The Gini-pre index, which measures wage inequality without taking into account public sector transfers, increased by 7 to 11 points in most regions.2 However, in some, such as the Balearic Islands and the Canary Islands, the increase was much greater, with changes in the Gini-pre index of 19 and 17 points, respectively. The impact decreased as activity resumed, and by July 2021 the increase compared to pre-pandemic levels was «only» 1 to 3 points in most regions. In the Balearic Islands and the Canary Islands, however, the figures remained notably higher.

The sectoral composition explains much of the regional differences

The different evolution of wage inequality in each region is due, above all, to the differing production structures from region to region, since the measures imposed had a very different impact depending on the sector. In particular, the sectors hardest hit were retail and hospitality, as well as construction. Thus, the Gini-pre index increased much more in regions where these activities play a more important role in the economy. In contrast, the increase in inequality was lower in regions with a higher relative weight of economic sectors that were able to continue operating with some degree of normality, such as the public sector, the financial sector or utilities (water, electricity, etc.).

In the chart, we translate this reflection into concrete figures. As you can see, the production structure of the Balearic Islands or the Canary Islands – highly focused on tourism – has caused the Gini-pre index to rise by 6.5 and 4.3 points more, respectively, than in the case of Spain as a whole. At the opposite end of the spectrum, the Community of Navarre was favoured by its sectoral composition. The manufacturing industry, which plays an important role in this region, has been less affected by the restrictions, and this has dampened the increase in the region’s Gini-pre index by 1.9 points. The Community of Madrid has also been favoured by its sectoral composition. Here, services which have been able to maintain a relatively normal level of activity thanks to teleworking play an important role in the economy, dampening the increase in the Gini-pre index by 1.6 points. Catalonia lies somewhere in the middle. Although tourism plays a relatively important role, this has been offset at the aggregate level by the good performance, in relative terms, of industry, which is also a significant part of the economy in this region. Overall, the sectoral composition of Catalonia has offset the increase in the Gini-pre index by 0.6 points. 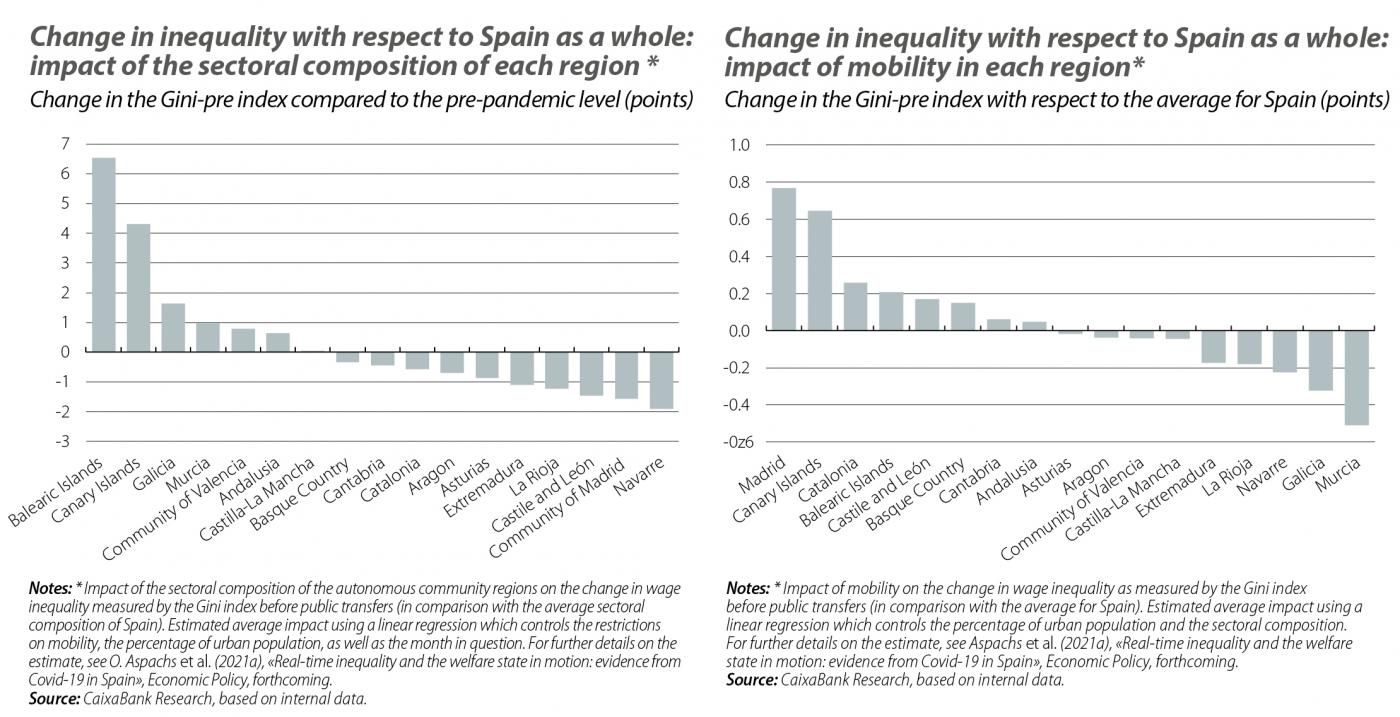 The decline in mobility, key to understanding the rise in inequality in all regions

The restrictions on mobility drastically reduced travel in all regions. In May 2020, mobility in Spain as a whole was 51% lower than in the pre-COVID reference period, and certain regional differences can be observed. Whereas in Madrid the reduction in mobility reached almost 68%, in Andalusia and Galicia the decrease was 52% and 44%, respectively.3 Mobility gradually recovered in the following months in all regions, and by September 2021 it stood only around 5% below the pre-COVID period. But during the harshest months of the pandemic, this reduced mobility resulted in a reduction in economic activity, especially for those employees who were unable to telework, with a significant impact on wage incomes.

Let us put some figures to the impact of the reduction in mobility on wage inequality. In May last year, when the fall in mobility was very pronounced, this contributed to an increase in the Gini-pre index of 2.2 points in Spain as a whole. In other words, the impact was both severe and widespread cross all regions. There are two additional results to be considered. Firstly, in the following months, the relationship between the decline in mobility and economic activity weakened. In other words, we gradually became better at adapting to the new environment in order to resume economic activity with lower levels of mobility. This also resulted in lower impacts on wage inequality. Secondly, the differences in the fall in mobility between regions did not affect inequality to the same extent as the differences in the production structure did. Indeed, the gap is significant. For example, in the Community of Madrid, the bigger fall in mobility in May compared to that experienced across Spain as a whole drove the Gini-pre index up by 0.8 points more than for all of Spain. In Galicia, in contrast, the smaller decline in mobility dampened the drop in the Gini-pre index by 0.3 points.

The public sector transfers are successful in reducing regional differences

Finally, it is worth noting that, although the intensity of the shock has been different in each region, when we analyse the evolution of the Gini index taking into account the redistributive effect of unemployment benefits and furlough payments using the Gini-post index, the regional differences virtually disappear. Specifically, 90% of all the autonomous community regions show an average increase in this index since the outbreak of the pandemic of between 1.1 and 2.1 points. In other words, almost all regions lie within a 1-point difference of each other in the increase in the index. In contrast, the dispersion in the average increase in the Gini-pre index is much greater: within a 1-point difference, such as an increase between 3.8 and 4.8 points, we find only 50% of the regions. The welfare state has helped tremendously to cushion the pressure which the economic shock has applied on inequality, and it has virtually eliminated differences between regions. In the next article we look more closely at the important role played by the welfare state and the impact which an improvement in the efficiency with which it is managed could have. 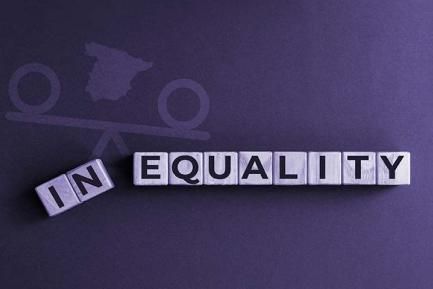