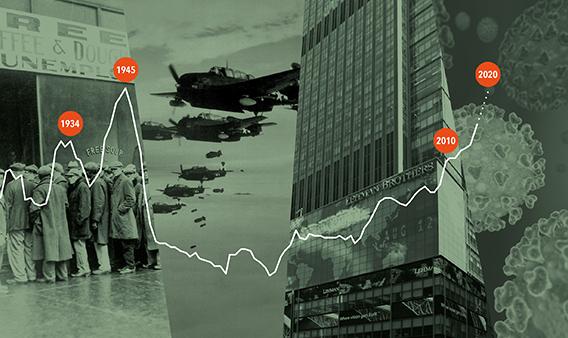 The hangover from the COVID-19 pandemic will take a heavy toll on the public finances. The IMF forecasts that global public debt will reach 101.5% of the world’s GDP in 2020, almost 20 pps above the figure for 2019. In advanced economies, it will reach 122% of GDP.

Despite the magnitude of the figures, this is not an isolated episode in history. Over the centuries, other exceptional events, such as wars, economic crises and, yes, pandemics, have provoked similar state funding needs and triggered a surge in public debt. However, the approach to tackling these escalations has taken different paths.

Public debt has been in the economic spotlight since only relatively recently. The option of issuing sovereign bonds and borrowing on the markets did not become widespread until the 17th century, with the formation of modern states that had a greater supply of public assets, and again in the 19th century, with the development of international capital markets. Until then, public indebtedness had been the exception rather than the rule.1 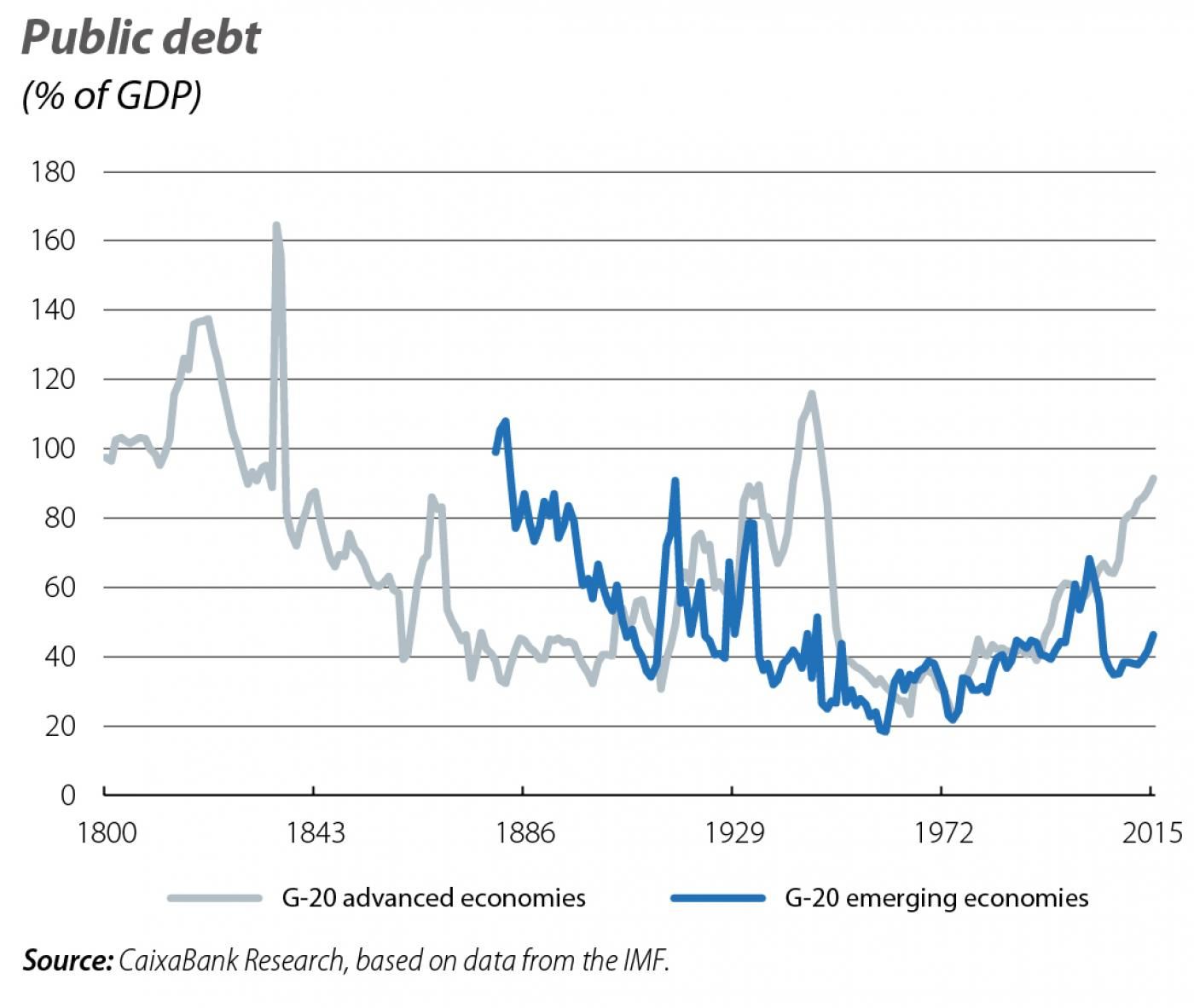 Recent history shows us that escalations of debt can be managed in two ways. One of them is the orthodox approach, which involves reducing the level of debt by boosting economic growth and generating consistent primary surpluses (which exclude interest payments). The second method is the heterodox approach, which would include restructuring the debt, generating inflation to lower its value, or financial repression to lower interest rates. Taking a heterodox approach involves assuming serious risks, as it discourages international investors from purchasing debt and thus ends up shortening the duration of debt issues and increasing their cost.

In the 19th century, orthodox approaches clearly dominated. In particular, there were three episodes marked by a sharp rise in public debt, which have been studied by economists in great depth: the Napoleonic Wars in the United Kingdom (which triggered a surge in public debt to 194% of GDP in 1822, surpassing the Greek debt of 2012), the Franco-Prussian War, and the American Civil War. In all three cases, the debt was successfully reduced, although it took the United Kingdom almost a century to do so, by generating persistent and significant primary surpluses (averaging 1.6% of GDP between 1822 and 1913). Economic growth, in contrast, did little to help, since in all three cases it was, on average, below the rate at which the Treasury was financed. Obviously, these primary surpluses required very strict fiscal discipline: on the one hand, public spending was contained, and on the other, sweeping new tax measures were created (in the US and the UK, the creation of income tax was a key piece of the puzzle).

The panorama we see emerging from the 20th century has many more nuances. In advanced economies, two distinct periods of public debt accumulation can be distinguished. The first took place in the 1930s and ’40s and was the result of the Great Depression and the funding needs of World War II. The second period lasted throughout the 1970s and ’80s and was triggered by a slowdown in productivity, higher interest rates and increased public spending. This ushered in a trend of rising debt, which accelerated following the Great Recession and has lasted up until the present day. In emerging economies, major episodes of debt escalation include those in Latin America in the 1930s and 1980s, and another in the 1990s in East Asia.

In the last 100 years, two success stories of reducing high levels of public debt stand out, each one with a very different approach. The first took place after World War I: between 1921 and 1929, the public debt of the current G-20 advanced economies was reduced from 74.1% of GDP to 58.5%. This debt consolidation was achieved primarily through fiscal discipline, although a positive differential between growth and the interest rate also played a major role. This process culminated in the Hoover Moratorium in 1931, which allowed European economies to suspend their debt payments to the US related to World War I, a suspension that became definitive in 1934.

The second case was the reduction in debt after World War II in advanced economies, bringing it from 116% of GDP in 1946 down to 24% in 1975. On this occasion, heterodox elements played a more important role, since real interest rates were in negative territory due to measures involving «financial repression» (such as interest-rate ceilings or higher capital reserve requirements for banks), combined with high inflation generated by expansionary monetary policies. These low rates, in conjunction with an economy in recovery marked by a strong revival in investment, led to a favourable differential between growth and interest rates that accounts for 75% of the reduction (see table).2 In contrast, fiscal policy played a less important role.

Finally, it is interesting to analyse what lessons we can draw from past pandemics in terms of the sustainability of public debt. One encouraging element is that, using data from the United Kingdom, the empirical evidence3 shows that following pandemics the differential between growth and the real interest rate is persistently slightly positive (+50 bps on average for the 20 years following the pandemic, as shown in the last chart). This is because the lack of investment opportunities triggered by an excess of capital per worker and the increase in household savings tend to drive interest rates down. This favourable differential has provided an important respite for the economy in previous pandemics. That said, the current situation is somewhat more nuanced, given that one of the main channels that depressed rates in past pandemics – the reduction in investment – was explained by a reduction in the labour force that caused the amount of capital per worker to increase (this is not the case with the COVID-19 pandemic, since the mortality rate is mostly concentrated among older people who are already retired). Nevertheless, household savings are rising significantly, and this is a trend that could persist. Combined with the actions of the central banks to keep financing costs down and the structural forces that also push rates down (such as population ageing), this suggests that the differential between growth and the interest rate will also be positive after the current pandemic. In the case of wars, in contrast, it is documented that there are also considerable increases in public debt, but there is no longer a favourable differential between growth and interest rates; on the contrary, there are significant increases in rates due to the destruction of physical capital. 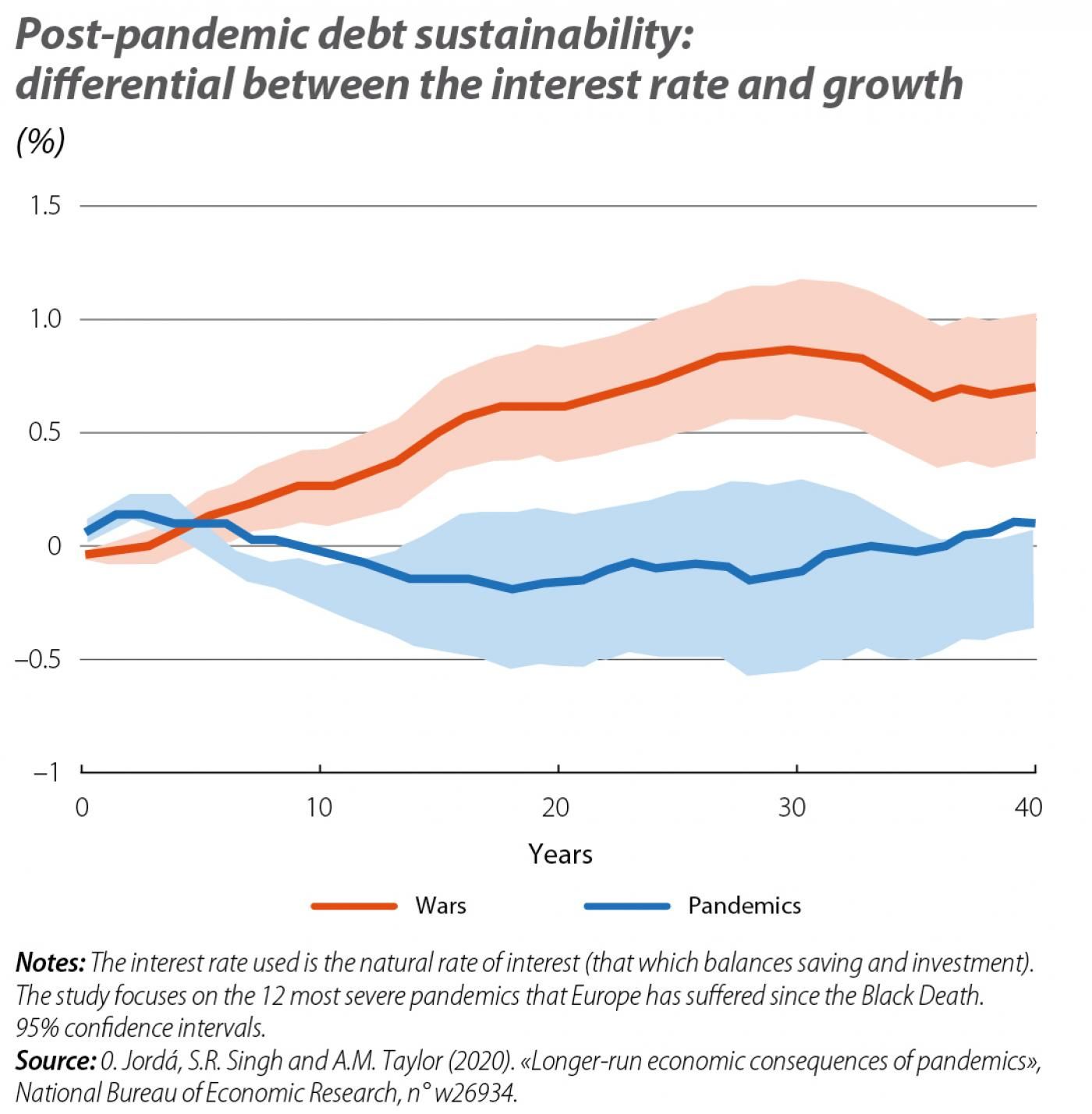 In short, history shows us that there have been exceptional situations in the past that have led to significant increases in public debt. Yet there is light at the end of the tunnel: there are ways to gradually reduce it and to ensure its sustainability. In the current situation, little more can be asked of monetary policy: rates are at historic lows, and in the euro area the ECB’s decisive action has served to suppress risk premiums and reduce financing costs. Therefore, a successful reduction in debt in the medium term will primarily require strong economic growth, and this will need to be accompanied by healthy and robust public finances. The game has only just begun. 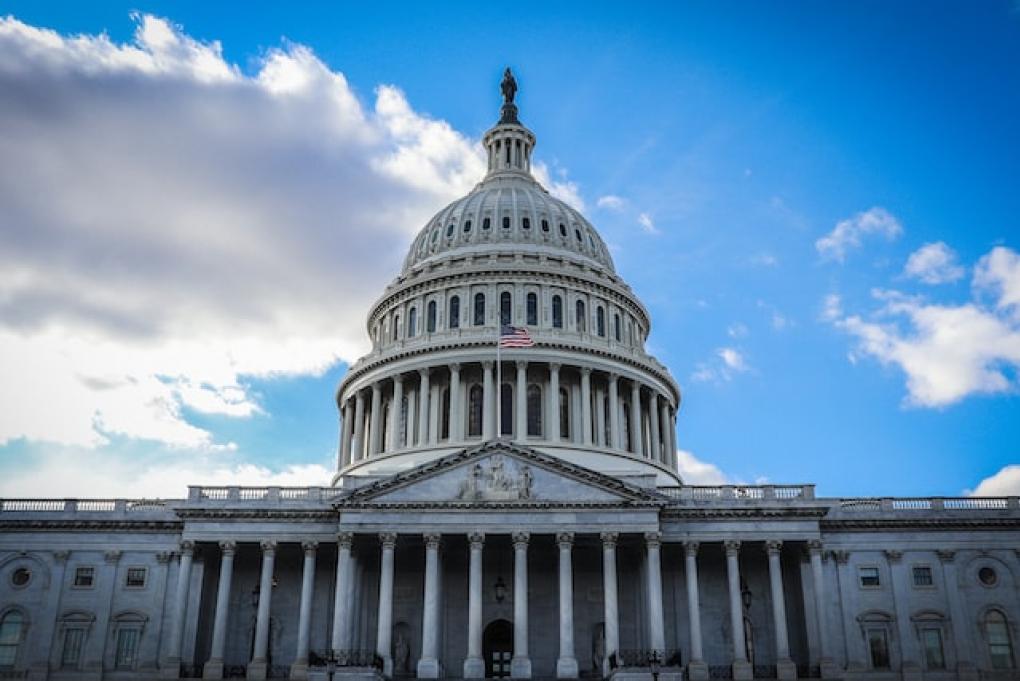