The US Federal Reserve has just modified its monetary policy strategy to accommodate structural changes in the economy, committing itself to temporarily tolerating inflation rates above 2% and an inclusive view of the labour market. What are the implications of this adjustment? 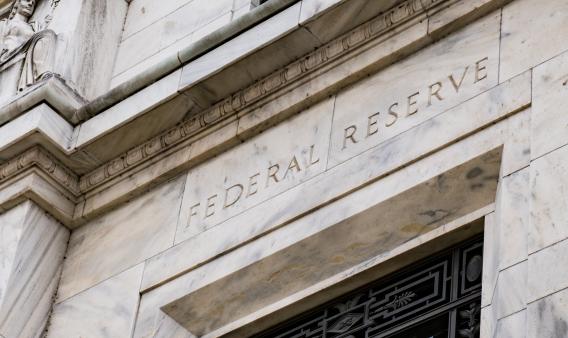 After more than a year and a half of research and debate, the US Federal Reserve has just changed the strategy that governs its monetary policy. The aim is to adjust to structural changes in the economy, such as the loss of buoyancy in productivity, the lower sensitivity of inflation to unemployment (i.e. the flattening of the Phillips curve) and the fall in the natural interest rate. With this review, the Fed is responding to these dynamics, since they determine its margin for action and thus its ability to anchor inflation expectations around its objective.1

The new framework that will govern the Fed’s strategy

The Fed’s mandate (stable prices, maximum employment, and moderate long-term interest rates) has not changed, and neither have its objectives. What the Fed has adjusted is the strategy with which it seeks to achieve its 2% inflation target and maximum employment. In particular, from now on it will pursue an inflation rate of 2% on average over time. With this new strategy, the Fed has committed to temporarily tolerate inflation rates above 2% to offset periods when inflation falls below this level.2 The Fed has also adjusted how it assesses the performance of the labour market throughout the economic cycle, stressing the importance of maintaining full employment for as long as possible. Under the previous framework, in contrast, the Fed feared inflationary pressures that could emerge from the labour market when the economy was in full expansion.

These adjustments are aimed at increasing the Fed’s margin for manoeuvre, on the one hand, and pursuing a more inclusive labour market, on the other. Specifically, at times like the present, when the Fed has limited room to cut rates,3 the promise of tolerating higher inflation over the coming years allows it to further reduce market interest rates by managing expectations: the Fed has expressed its intention to maintain a dovish monetary policy for longer, even when inflationary pressures begin to rise as the economy improves. Furthermore, in recent years the Fed has found that vulnerable communities and lower-income groups particularly benefit from economic expansion when the economy is in the most mature phase of the cycle. This is well illustrated in the first chart, which shows how the difference in the unemployment rate between whites and African Americans spikes during recessions and then decreases steadily until the end of the expansion. In fact, in the last expansion, although the unemployment rate suggested that the economy as a whole had reached full employment, unemployment among African Americans and Hispanics still fell by 3.5 and 2.25 pps, respectively, while the labour participation rate among women rose by 3 pps. The Fed has also found that better labour market outcomes can be achieved without inflationary pressures arising that jeopardise price stability. 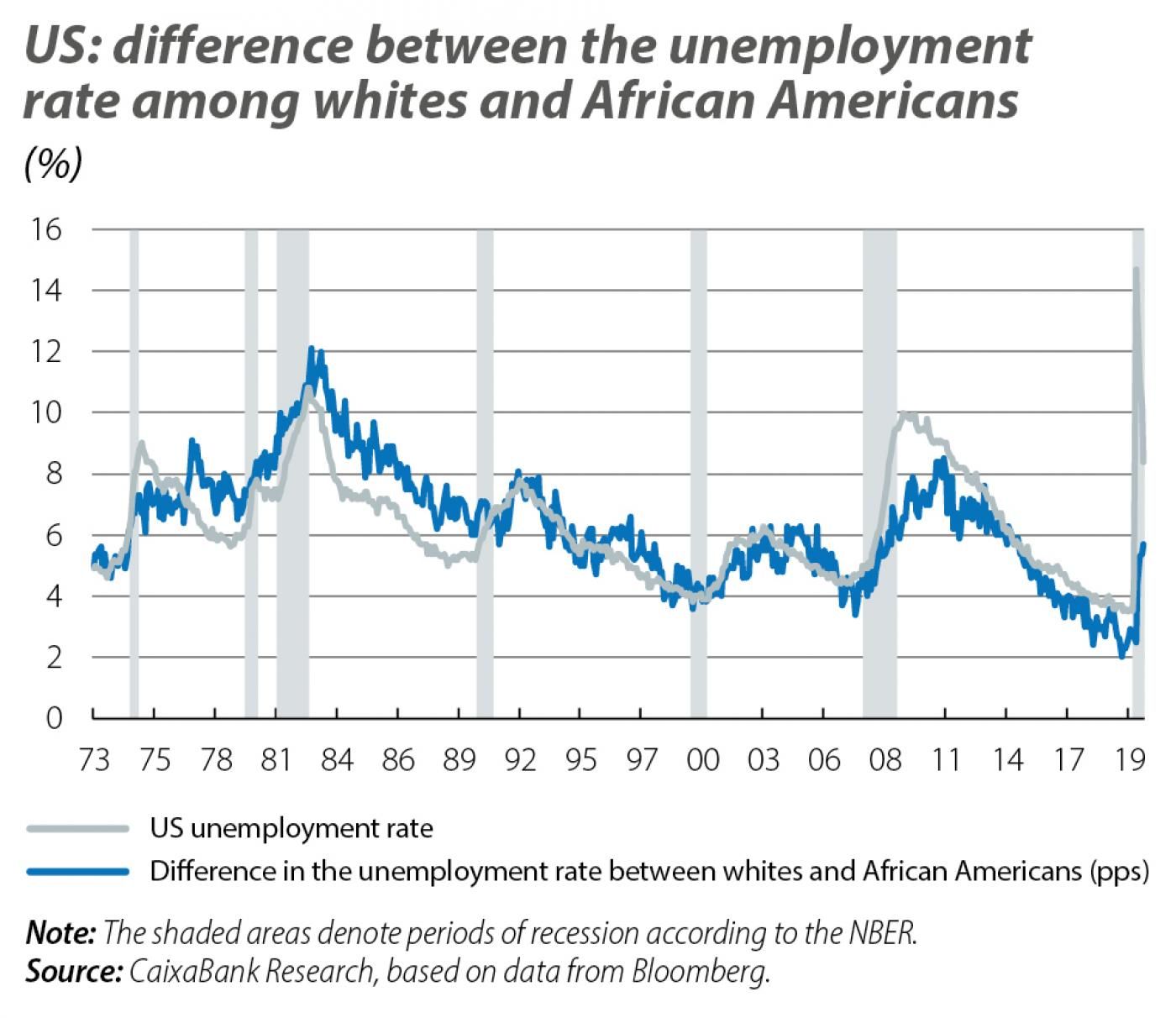 How will the Fed behave?

In the current context, dominated by disinflationary pressures and an incomplete recovery in economic activity, the Fed’s new strategic framework suggests that monetary policy will remain dovish for quite some time. To show this, we simulate a macroeconomic model of the US4 under the Fed’s old and new strategies. Under the old framework, the Fed takes action when expected inflation deviated from its previous medium-term inflation target of 2%. For instance, in 2015 it raised the reference rate because it believed that inflation was going to increase, despite it still lying below 2% at the time. In contrast, in order to assess the new framework, we assume that the Fed responds when the average inflation rate over the past five years deviates from the 2% target. If we focus on the last cycle of rate hikes (2015-2018), with the Fed’s new strategy it would have raised interest rates much more gradually and would have placed them 100 bps below the level they ended up at (bringing them to the 1.25-1.50% range, rather than the 2.25-2.50% range actually reached). On the other hand, if we perform a similar exercise,5 but looking ahead to the next few years, a rule consistent with the Fed’s previous strategy would tell us that it would start raising interest rates at the end of 2023. In contrast, with the new strategy the central bank would not start raising rates until early 2025.

Nevertheless, it should be noted that the definition of the new framework is vague, so this model only gives us an indication of how the Fed may end up behaving. For instance, the Fed has not specified the period over which it will assess the average inflation target. It is also not clear how it will act if inflation deviates suddenly from the 2% target. After all, it is quite possible to have a scenario in which the average inflation rate of the last few years remains below 2% while current inflation climbs to well above 2%. How much above 2% would inflation have to be in order for the Fed to act?

Similarly, the ‘full employment’ objective must be assessed from a broad perspective. The new strategy is far from reducing monetary policy decisions to rules that are predefined by specific formulas. On the contrary, the new strategy opens the door to a greater exchange of views. Indeed, at the September meeting there were already two dissidents who preferred a different forward guidance of interest rates to the one approved. This greater flexibility also has its costs, especially if it generates uncertainty and volatility or dents the institution’s credibility. 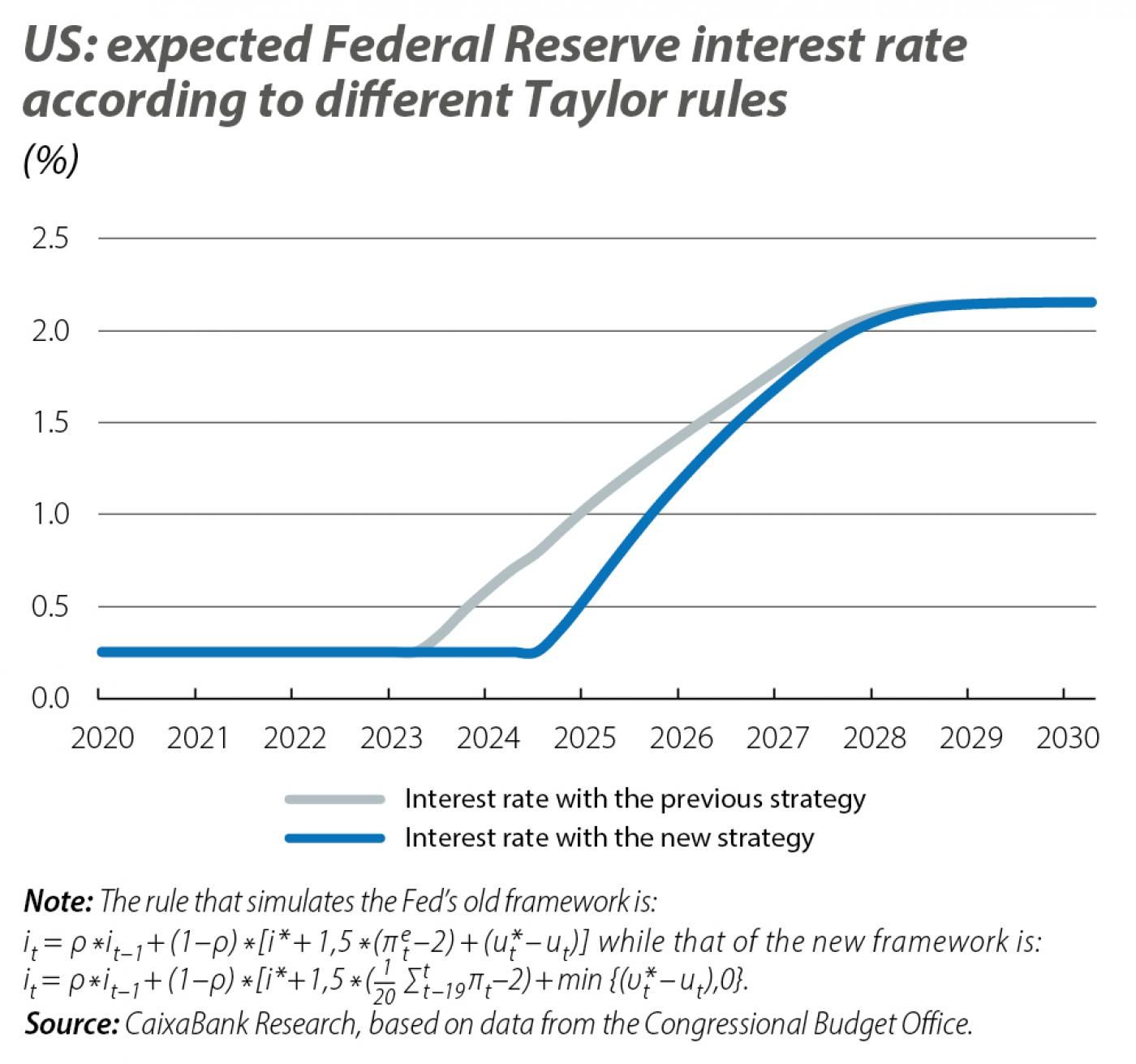 What impact will it have on the economy?

During the hours following the announcement of the new strategy, there were moderate spikes in inflation expectations in the financial markets (measured using different market prices), but they were somewhat insignificant and short-lived. This lack of reaction partly reflects the fact that the announcement did not come as a surprise to investors and was reasonably in line with their expectations. Nevertheless, it is also consistent with an outcome that is common in studies analysing the impact of inflation targets based on an average over time: macroeconomic variables behave relatively similarly under the new and old strategies.6

One of the major factors that will determine the new strategy’s effectiveness will be the Fed’s ability to influence expectations. In this regard, credibility will be key. If the intention to tolerate more inflation is highly credible, then the strategy will be effective in managing expectations of the Fed’s rate and thus in anchoring a low-interest-rate environment in the markets that will stimulate the economy. But credibility is a double-edged sword. If market players are not confident of the central bank’s ability to generate more inflation in the future, and if expectations fail to react to the new strategy, then the desired stimulus will not be achieved and the normalisation process will be slower. 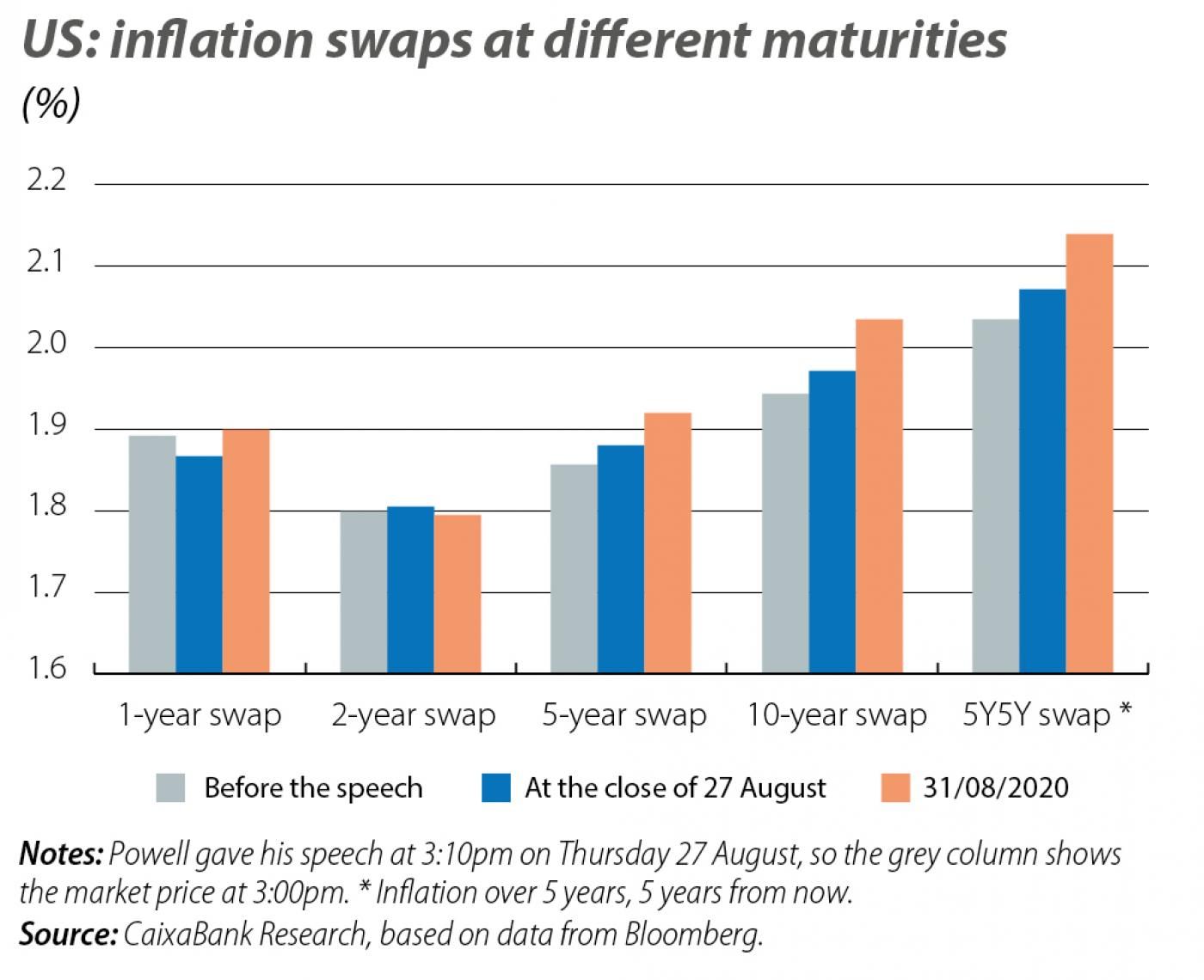 Lessons for other central banks

Central banks’ objectives have changed over time, and monetary policy has adjusted to each period. In the 1980s, the main enemy of central banks was inflation, and monetary policy managed to create tools to control it. Now, after various structural changes in the economy, the new challenge is low inflation, so the tools and strategies must be adapted once again. The Fed has been the first to take steps, albeit with changes that are clearly more gradual than radical. Nevertheless, it does offer two clues for other central banks that are currently revising their strategies (such as the ECB): the willingness to tolerate a little more inflation and to base their monetary policy more heavily on observed data rather than model-based projections. 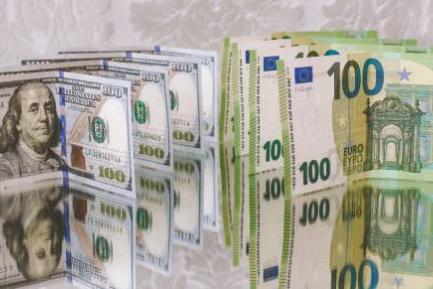 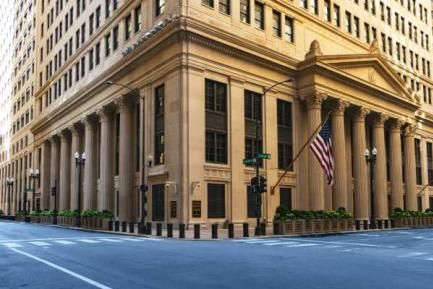