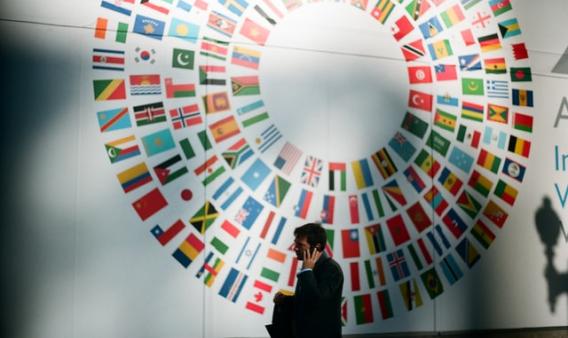 In the US, for instance, investors are demanding that a 10-year Treasury bond provides a yield 140 bps higher than that of last December (2.9% at the end of April). Similarly, the yield on the German bund is clearly in positive territory (0.9% at the end of April) and has already accumulated a 110-bp rise so far this year. In the rest of the euro area, yields have increased by around 140-150 bps (see first chart), implying a moderate response from risk premia. 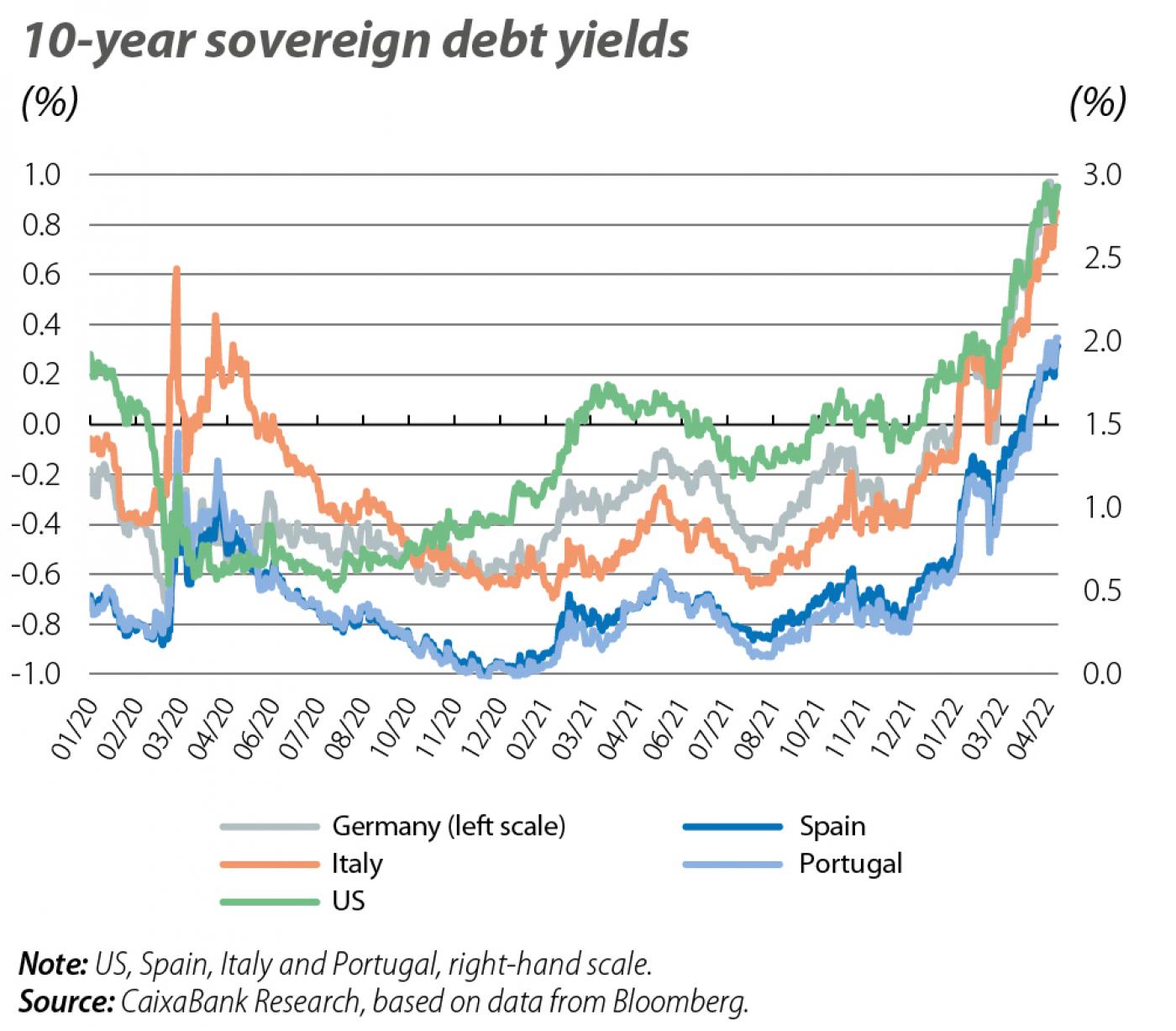 What is behind the increase? 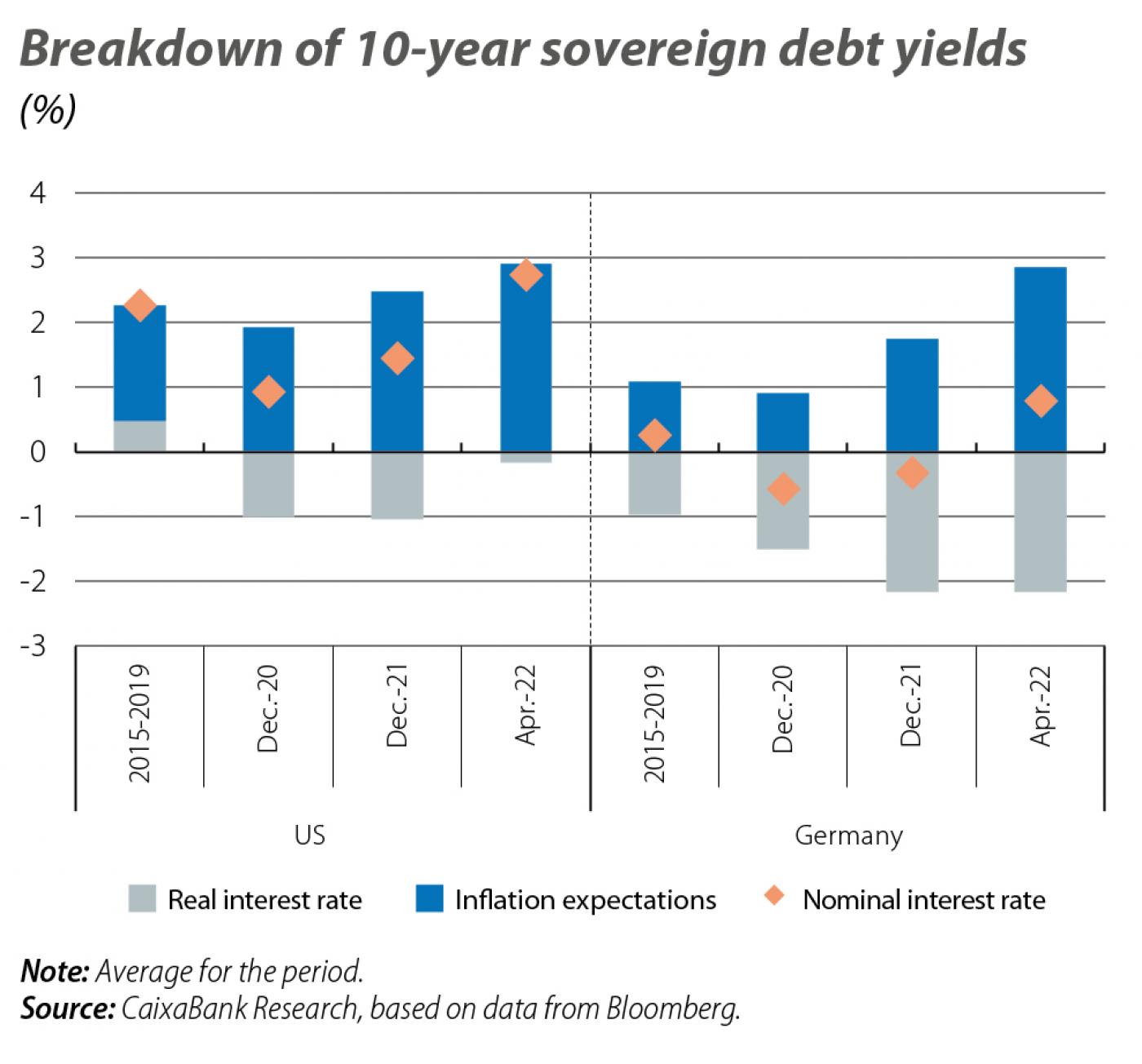 Whereas in European debt the upward adjustment in nominal rates is due to the expected increase in inflation over the next decade, in the US the rise in Treasury yields is largely driven by an increase in real rates. In the US, the term premium – another important component of nominal sovereign rates – has also followed a downward trend according to Fed estimates.

These different patterns between the two regions are most likely a reflection of different positions in the business cycle (with the US being well ahead of the euro area), on the one hand, and of a more aggressive stimulus withdrawal strategy from the Fed compared to the ECB, on the other. These factors have been reflected in an appreciation of the dollar against the euro (7% since the beginning of the year).

However, even in the US real 10-year rates have remained in negative territory, far from the pre-pandemic range and well below their level during the decade prior to the financial crisis of 2008-2009. As the Fed proceeds with its monetary-policy normalisation process, we expect real rates to continue to climb to more «normal» levels, perhaps settling around the average rate of the five years prior to the pandemic (0.5%-1.0% for the 10-year bond). This would be consistent with a nominal 10-year rate of around 3.0%, assuming that inflation expectations stabilise at 2%.

In Europe, we expect real rates to rise as well, as the ECB proceeds with its own stimulus withdrawal process, first ceasing net purchases and then gradually raising official rates.

For both regions, the equilibrium level at which real rates end up settling will depend on structural factors associated, among other things, with the potential growth of the economy, a subject which we will analyse in more detail in another Focus.1

What does the shape of the curve in the US tell us?

In this section, we focus on a theme that tends to attract a lot of attention in the financial markets: the shape of the sovereign yield curve and, in particular, the slope of the US Treasury curve.

Indeed, the spread between rates in certain segments of the curve is frequently seen by investors as a barometer for expectations regarding the direction of monetary policy and long-term economic growth.

In fact, the inversion of the sovereign yield curve has correctly predicted every recession in the US over the last 60 years, with the exception of 1966 and the brief episode in 1998. It is therefore no surprise that the recent inversion of the Treasury yield curve in certain segments (e.g. the 10-year bond versus the 2-year bond) has set off some alarm bells about the possibility of a recession.

An scenario, however, that is not reflected in the consensus expectations, which, like ours, projects positive (albeit declining) GDP growth in the coming years.

In our opinion, this divergency can be explained by various factors:

Firstly, the yield curve is distorted by technical factors, which in turn is a reflection of the Fed’s sudden shift in its asset purchase policy. After all, in a matter of just a few months the central bank not only stopped adding government bonds to its balance sheet (at a monthly rate of 80 billion dollars), but it also announced that it expects to begin reducing its asset portfolio this year (with a monthly limit of 60 billion).

Secondly, we must take into account how quickly the central bank’s communication regarding the normalisation of official rates has also shifted. In just six months, the FOMC’s median voter went from ruling out rate hikes in 2022 (at the September 2021 meeting) to favouring at least seven rate hikes this year (at the March 2022 meeting), with a view to bringing the rate range above the estimated long-term level in 2023. This adjustment has pushed up both implicit rates in the money markets and sovereign rates in the short segments of the curve, which are more heavily influenced by the level of official interest rates.

Thirdly, the apparent distortion in the sovereign yield curve also reflects a somewhat unusual trajectory in inflation expectations, with very high levels over the next 24 months but moderating towards the central bank targets over the long term. In fact, in inflation-indexed bonds, the 10-2-year spread remains positive and close to the peak since 2015, giving little sign of recession (see third chart). This is consistent with estimates produced using our statistical model, which, based on the spread between 3-month and 10-year nominal rates, assigns a probability of less than 15% to a recession occurring, similar to recent statements by the Fed.2 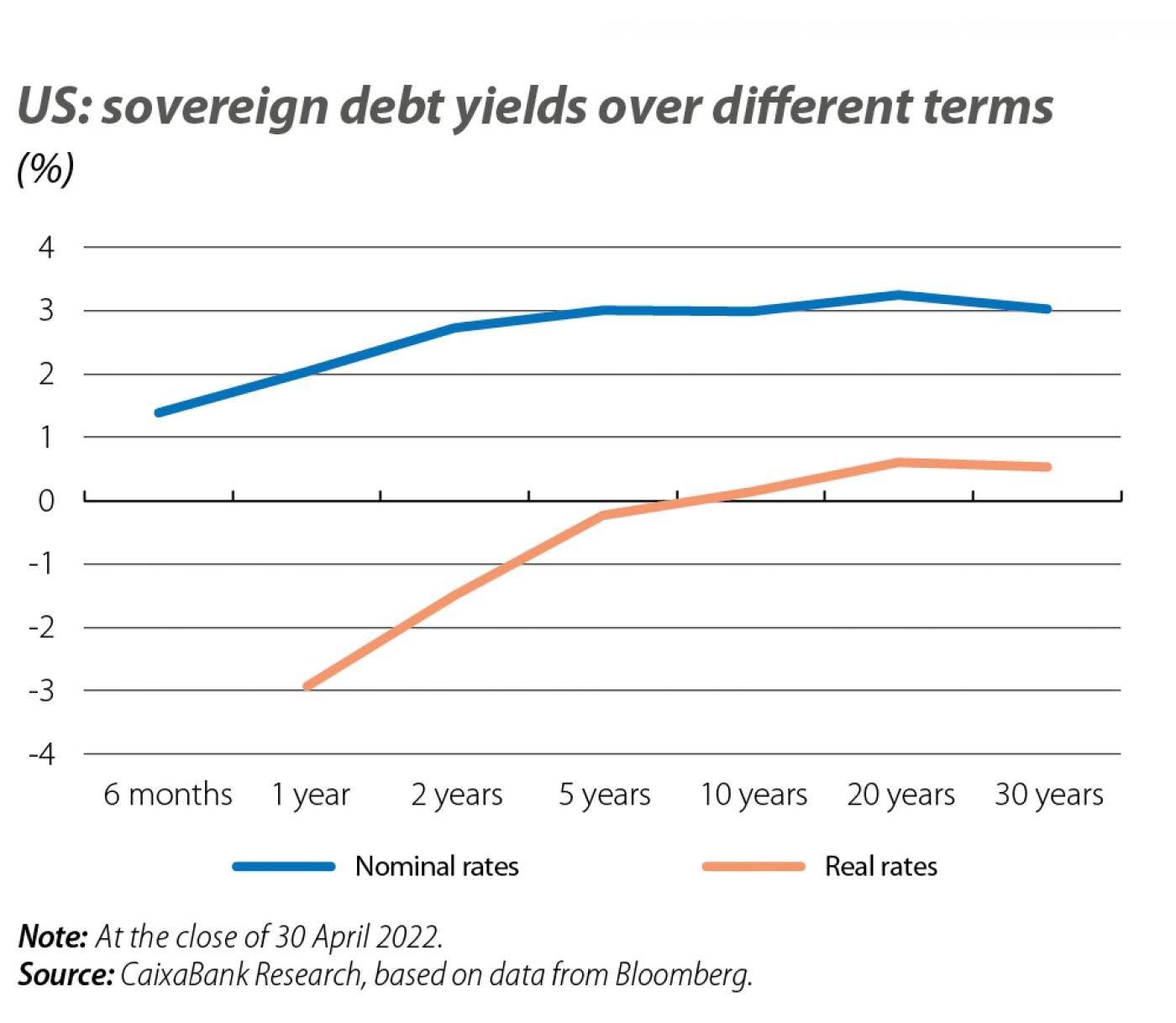 Our baseline scenario of economic resilience is based on the assumption that, on the one hand, the buoyancy of the labour market and the strong financial position of the private sector could more than offset the negative effects of high inflation and monetary stimulus withdrawal. On the other hand, the supply disruptions and the conflict in Ukraine ought to gradually improve. Nevertheless, the balance of risks around this outlook remains skewed to the downside. 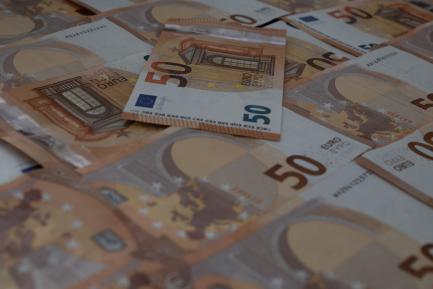 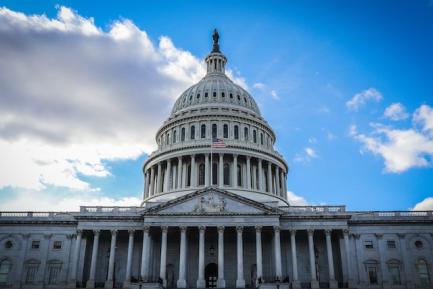