The 12-month Euribor has rallied from –0.50% at the end of 2021 to over 1.0% in the second half of June, its highest level since early 2014. Why has it increased and what impact does this have on the economy? What can we expect over the coming months? 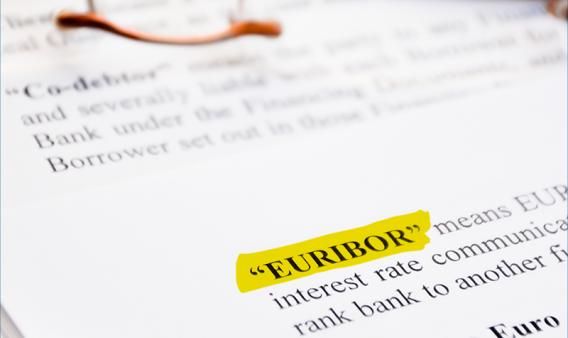 The ECB has responded to the intensification of inflationary pressures in the euro area with a plan to phase out the monetary stimulus: first, by bringing net asset purchases to an end at the beginning of July, and second, by gradually raising official interest rates, with a view to ending the period of negative rates in Q3 2022.

The financial markets have reacted to the ECB’s actions by tightening financial conditions in the region. In this article we will focus on the interbank markets and their benchmark indicator, the Euribor, which in its 12-month term has risen from –0.50% at the end of 2021 to over 1.0% in the second half of June, its highest level since early 2014. We will look at why the Euribor has increased, what we can expect over the coming months, and what impact this rebound has on the economy, among other questions. What is the Euribor?

The Euribor is the Euro Interbank Offered Rate, that is, the interest rate at which banks lend money to one another at different maturities (one week, one month, three months, six months and one year).1 To calculate the Euribor, the panel of banks (currently 18 of them) report each day to the European Money Markets Institute (EMMI) the rate at which these loans have been made, and for each of the maturities the average is calculated, excluding the most extreme observations. For overnight loans, the reference rate is known as the €STR and is calculated by the ECB using a methodology similar to that used by the EMMI for the various Euribor rates.

What is the relationship between the 12-month Euribor and the ECB?

The ECB does not set the Euribor, but its decisions determine it. We could say that today’s 12-month Euribor in some way reflects the average at which shorter-term rates, such as the overnight €STR rate, are expected to be over the next 12 months, plus a premium.2 The €STR, in turn, is closely linked to the interest rate on the deposit facility (known as the deposit facility rate, or depo rate), which is set by the ECB. Therefore, when the depo rate increases (or decreases), so does the €STR, by around the same magnitude. The 12-month Euribor depends on what the financial markets expect to happen with the ECB’s official interest rates.

In addition to affecting the Euribor through depo-rate expectations, the ECB also influences it in the evolution of the time premium. For instance, the ECB’s term-based financing operations, such as its TLTROs, have increased liquidity in the interbank markets, which in turn has tended to reduce the time premium and, consequently, the Euribor.

Why has the Euribor rebounded in 2022?

The increase in the 12-month Euribor since the beginning of the year has been driven by a significant shift in market expectations regarding how the ECB will act in response to the high and very persistent inflation rates in the euro area (8.6% in June). Thus, the implict rates in the money markets on the €STR, which reflect what the financial markets expect to happen with the depo rate, have increased substantially in 2022 (see second chart). In other words, whereas in mid-January these implicit rates placed the first ECB rate hike in February 2023, by the end of June they were anticipating that it would occur this very July while also anticipating hikes of 1.25 pps before the end of 2022. In fact, these implicit rates have been unusually volatile in recent weeks. 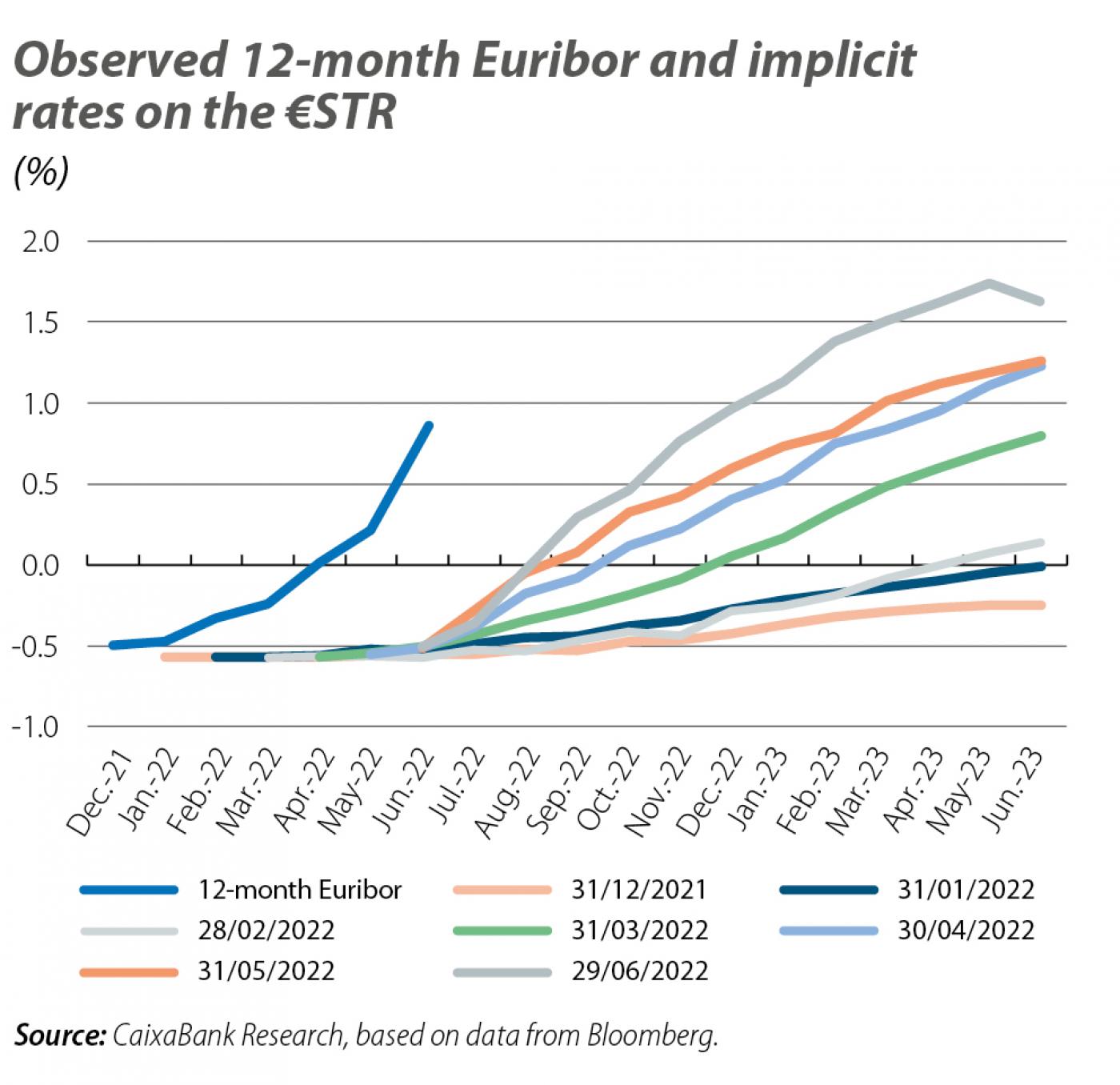 Will the Euribor’s upward trajectory continue over the coming months?

To the extent that investors’ expectations regarding the ECB’s course of action are met, the 12-month Euribor will continue to climb. In fact, in our baseline scenario, we expect the 12-month Euribor to rise to 1.8% by the end of 2023, slightly below what the financial markets expect (2.0% by mid-2023, according to implicit rates by end-June). This difference is mainly due to the number of rate hikes we anticipate compared to the markets’ expectations. Whereas at CaixaBank Research we expect the ECB to raise the deposit facility rate to 1.25% by the end of 2023, the markets expected by end-June it to reach at least 1.5%.

However, if these expectations are not met but instead, for example, the ECB raises interest rates more aggressively, then the 12-month Euribor could rise beyond those projections. Similarly, if the normalisation of official interest rates were interrupted by a sharp slowdown in economic activity with disinflationary effects, then the 12-month Euribor’s upward trajectory would be more moderate.

How important is the Euribor to the day-to-day life of households and businesses?

The Euribor’s importance is due to its role as a benchmark index for a large portion of private debt, both for households and businesses. In fact, the Euribor is used as a benchmark in mortgages, syndicated loans and variable-rate debt issues, among other financial instruments.

In the case of mortgages, the Spanish Mortgage Association estimates that approximately 3.7 million mortgages in Spain (out of a total of 5.5 million, or about three quarters) use the 12-month Euribor as a benchmark rate. Normally, the interest rate on these loans is revised at least once a year, meaning that households’ mortgage payments will be affected. In a recent article, we provided an illustrative example of the impact of the rise in the Euribor on mortgage payments. Thus, if the Euribor were to climb to 1.8%, the theoretical mortgage burden would increase from 33.4% in Q4 2021 to around 38% in Q4 2023.3