Once the pandemic is over, the very need to act decisively in monetary and fiscal terms will have repercussions that, depending on how these are managed, could affect the performance of economic policy in the future. 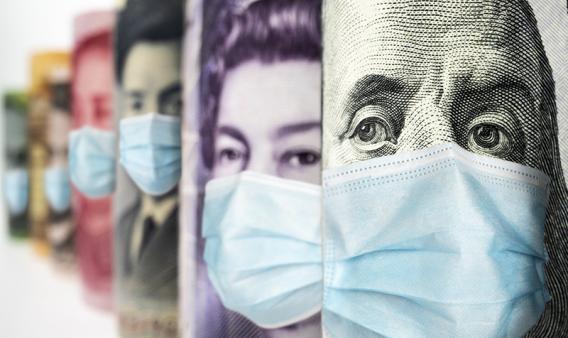 In the face of an economic crisis as severe as that of COVID-19, it was inescapable that all spheres of economic policy would need to act in a coordinated and decisive manner.1 However, the pressure on support and stimulus tools will not end when we overcome the COVID-19 pandemic. As we shall see below, when we do overcome the pandemic, the very need to take decisive monetary and fiscal action will leave behind after-effects which, depending on how they are managed, could restrict the smooth functioning of economic policy in the future.

In the face of unprecedented declines in economic activity, fiscal policy responded with direct spending and liquidity measures to protect demand and the productive fabric of our economies – in addition to the automatic stabilisers already in place. However, these measures inevitably led to an increase in public debt (see first chart).2 Monetary policy, meanwhile, anchored a low-interest-rate environment and launched an extensive asset-purchase programme, indirectly providing coverage for the fiscal expansion and allaying fears over the sustainability of the debt. This response has successfully attenuated the shock to households’ and businesses’ financial health, but it will leave a legacy in the form of high public debt. Moreover, as a result of the asset purchases undertaken by monetary policy, the COVID-19 crisis has made central banks one of the main holders of public debt securities (see second chart). Of course, for the time being, economic policy remains laser-focused on maintaining the stimuli in order to facilitate the revival of economic activity, but the rise in public debt in the hands of central banks entails medium- and long-term risks. This is illustrated by the fact that some voices are already proposing that the ECB should cancel the public debt held on its balance sheet.3 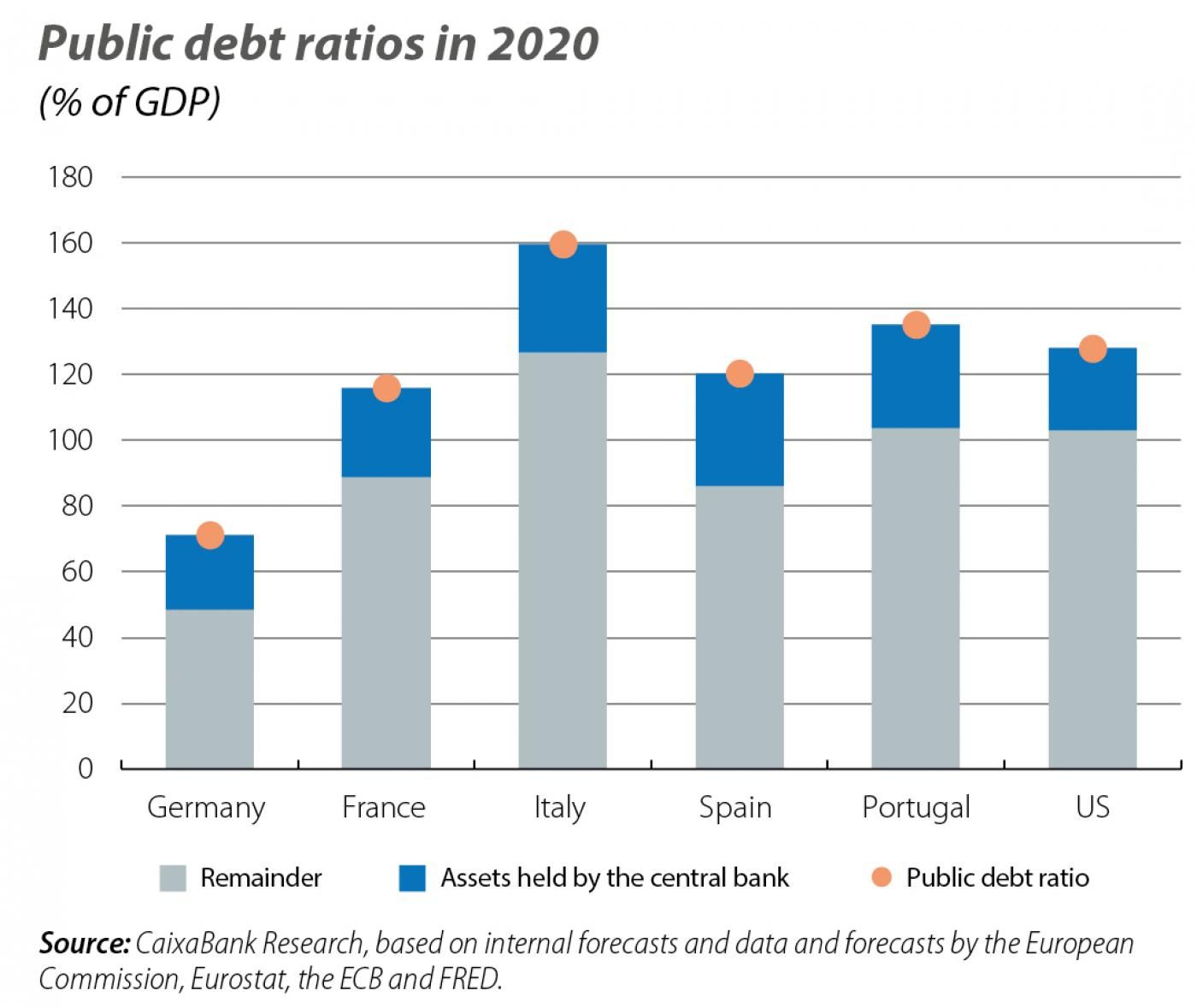 One of the major risks lies with central banks’ independence. This is the so-called risk of fiscal dominance, that is, the risk that economies’ fiscal situation could apply pressure on the central bank to deviate from its objectives, which would jeopardise price stability.

By influencing interest rates, and thus the cost of debt and public deficits, any monetary policy action has fiscal consequences. These consequences are currently accentuated by the fact that the public accounts are under stress and central banks hold large amounts of debt. Thus, the debt inherited from the COVID-19 crisis leaves us in a situation in which it could be more tempting to exert political pressure on central banks so that they tolerate higher inflation (which would reduce the face value of the debt) or to resort to financial repression (i.e. keep financing costs artificially low to make it easier for governments to finance their debt).

This possible source of conflict between the fiscal and monetary authorities highlights the importance of having a strong institutional system. In other words, it is key to have robust institutions which allow fiscal and monetary policy to work side by side when the scenario demands it (if this had not been the case, we would no doubt have an economy much more bruised by the pandemic right now), but which at the same time allow their paths to diverge when the time comes.

Coordination between fiscal and monetary policies must thus be the result of both of them independently pursuing their respective mandates. This is a fundamental principle for the smooth functioning of economies, but we cannot take it for granted. It can easily be compromised by the simple fact that, as already mentioned, any monetary action has fiscal consequences. The European episodes of hyperinflation of the 20th century, as well as more recent experiences such as Venezuela, leave no room for doubt: when institutions are fragile and fiscal policy forces the central bank to repeatedly monetise public deficits, this ends up leading to a sharp rise in inflation and usually a collapse in the economy. Indeed, there is no need to refer back to such extreme cases to highlight the importance of robust institutions and independent monetary policy. As the last chart shows, and as we demonstrate exhaustively in another article in this same Dossier,4 over the last 50 years the greater institutional quality of central banks has resulted in better economic performance.