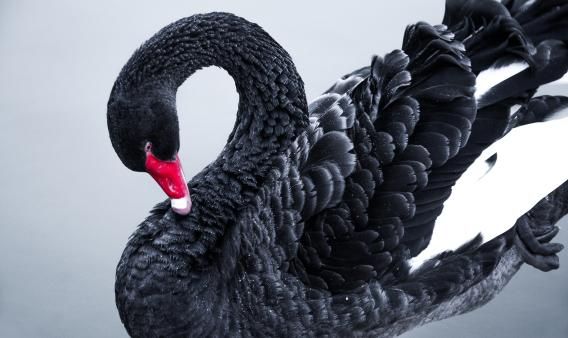 There are events that are difficult to predict but which, when they do happen, have an enormous impact. They are black swans. At the beginning of this year, the unexpected attack by the US on Iran could have been such an event, but fortunately the tensions lasted only a few days and the conflict did not escalate further. Little did we suspect that, in reality, the black swan had already been gestating unchecked for some time in the capital of China’s Hubei province, Wuhan, in the form of a coronavirus.

It is precisely the delay in detecting the coronavirus outbreak in Wuhan that contributed to its rapid spread throughout the province. The images of hospitals struggling to cope, corpses being taken away, factories shut down and empty streets have provoked a strong emotional impact. They have also contributed to feeding the sense of alarm as outbreaks of the virus have appeared in other countries.

In the face of emotions, however, it is important to respond with some data. In Hubei, the province of almost 60 million inhabitants at the epicentre of the crisis, the percentage of inhabitants that had been infected by the coronavirus up until the end of February was 0.1% (1 in every 1,000), and the rate of infections has slowed greatly some time ago. For China as a whole, the rate of the population affected is much lower, at 0.01% (less than 1 in every 10,000). Even if the true figures were twice as large, because not all cases are detected, we would be dealing with infection rates that are undoubtedly well below what the vast majority of people believe.

As for how aggressive the virus is, the latest estimates – published at the end of February in the prestigious New England Journal of Medicine– indicate a fatality rate of around 1% (previous estimates placed it at around 2%). This is a high figure compared with the common flu (0.1%) but lower than that of SARS (10%), MERS (33%) or avian flu (60%). It is also important to note that the mortality rate is especially concentrated in the elderly or those affected by chronic diseases. For the vast majority, the COVID-19 virus passes with symptoms similar to the flu.

The situation, which is serious, deserves a response that avoids complacency, but also alarmism. The priority, as the European health authorities have stated, is to contain the epidemic and, to this end, various measures will be needed depending on the situation. The goal is to prevent hospitals from being overwhelmed and to buy time in order to identify drugs that can combat the virus, design an effective vaccine and wait – fingers crossed – for the virus’ contagious capacity to decline with the arrival of spring. We must avoid at all costs what happened in Wuhan: an uncontrolled expansion of the epidemic which saturated hospitals, making it difficult to manage the crisis and provide the necessary care to the most critical patients. The delay in adopting measures meant that, when they finally were taken, they had to be draconian.

There is also much talk of the economic impact of the coronavirus, and analysts and agencies have been quick to revise their forecasts. Certainly, the global economy will grow less than we had anticipated, but it is premature to try to accurately estimate how much less. The most reasonable approach at this stage is to provide a range which, by necessity, must be broad, spanning from a cost of just a few decimal points to a more substantial impact – perhaps as much as 1 pp. It will depend primarily on how long it takes to contain the epidemic and how drastic the measures to do so need to be. On the other hand, it will also be crucial to block the potential financial channels of contagion, with measures such as liquidity injections and fiscal aid for sectors that may be hardest hit (aid which could ensure, for instance, the maintenance of employment). In any case, it should be emphasised that we are facing a temporary shock which should last a few months, after which we will most likely witness a rebound in economic activity.

There will come time for drawing lessons from this health crisis but, for now, we can name two. Firstly, there is a need to be better prepared to cope with the risk of a future virus that could be much more lethal than COVID-19 – for instance, by having strategic reserves of healthcare equipment. Secondly, we must consider black swans when planning. If one is going to catch us by surprise, it would be better, insofar as possible, to have a safety buffer and levels of debt that are reasonably low when it does.