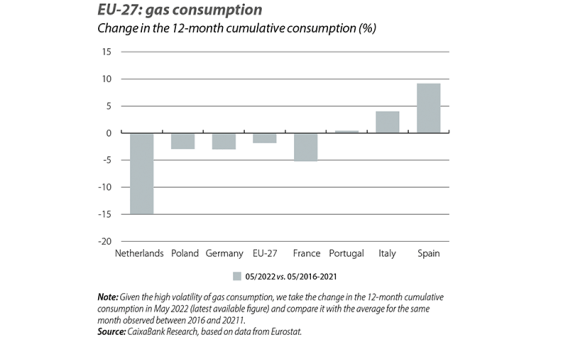 Besides high temperatures and bathing suits, the summer months brought the worst drought in 500 years in Europe and an unprecedented escalation in the energy crisis. Natural gas prices in the financial markets registered new peaks in excess of €300/MWh, 15 times higher than the historical average. The prices quoted in the futures markets for 2023 soared by 50% in August compared to July, reaching over €200/MWh. Clearly, the persistence of the energy crisis will impact the outlook for global growth, with Europe in the eye of the storm. In order to mitigate its impact on the economy, the efforts already announced by EU Member States aimed at reducing demand will soon be accompanied by measures intended to reform the European electricity markets, with the goal of decoupling electricity prices from gas prices. In this context, the composite PMI at the global level stood at 50.8 in July, its lowest level in two years, thus approaching contractionary territory. As a result, in September we are now in the process of revising our main macro-financial forecasts. The new scenario will reflect lower economic growth rates, higher inflation and a more rapid pattern of rate hikes. 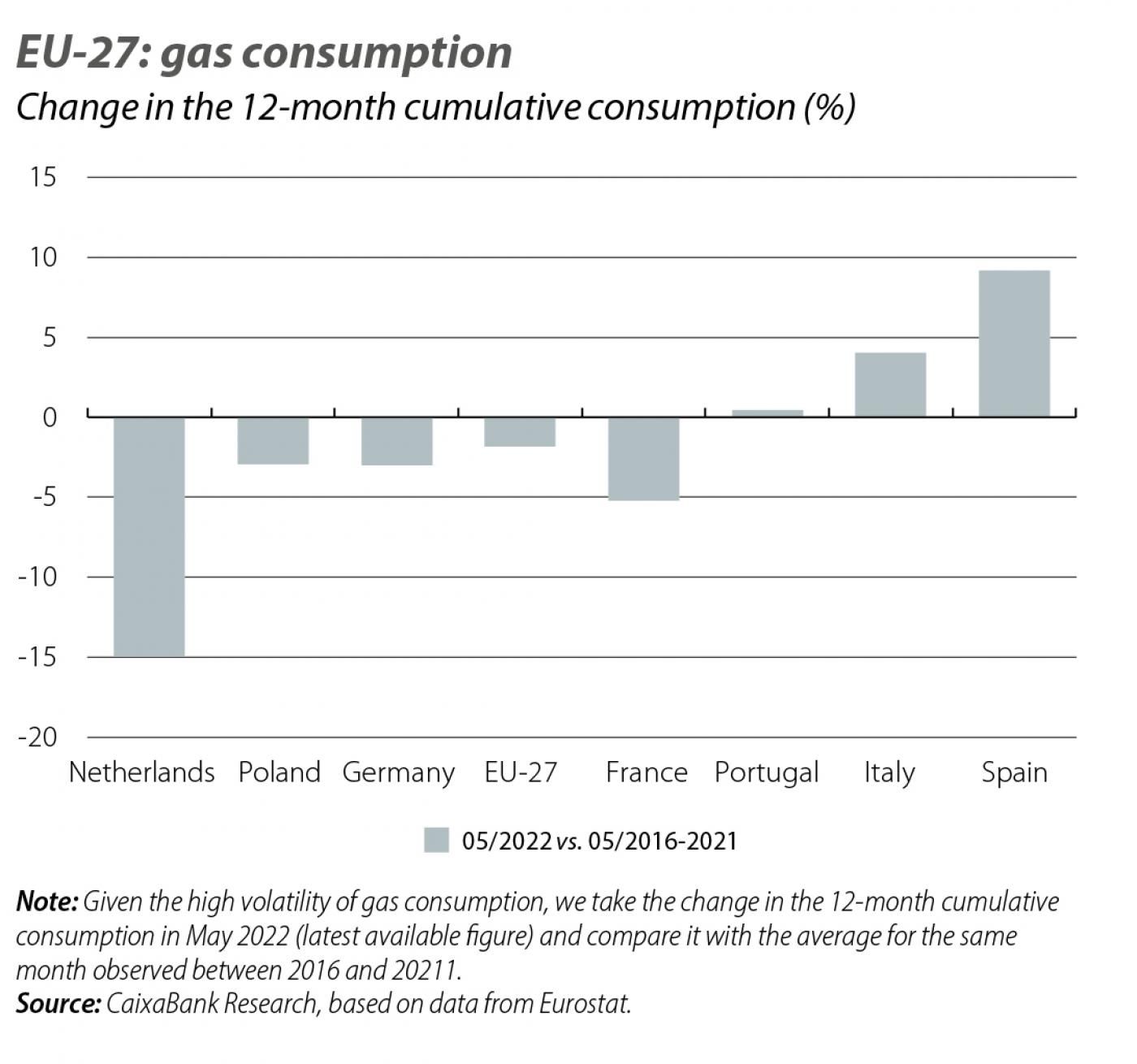 Good growth data in the euro area for the first half of the year, but signs of recession in the US

Before the energy storm in August, the economic activity indicators for Q2 painted a picture of a resilient European economy. Specifically, euro area GDP grew by 0.6% in Q2 2022 compared to the previous quarter (+3.9% year-on-year). Among the region’s biggest economies, GDP was particularly strong in Italy (+1.0% quarter-on-quarter) and Spain (1.1%), while it was more moderate in France (0.5%) and weak in Germany (0.1%). On the other hand, both in the UK and the US GDP fell by 0.1% in Q2, even placing the US economy in a «technical recession» (two quarters of negative growth). However, both the strength of the labour market (the unemployment rate remains below 4%) and the breakdown of growth (the declines have been concentrated in the change in stocks and residential investment) continue to suggest a recession-free macroeconomic picture (see the Focus «US: in recession?» in this same report). Looking to the second half of the year, however, the combination of the energy crisis and the new cycle of rate hikes will bring more headwinds for the global economy. The weakness of the European economy in the face of the energy crisis is already visible in the available economic activity indicators for Q3 2022. The euro area’s composite PMI fell in August to 49.2 points, after standing at 49.9 points in July, both values being consistent with a slight drop in economic activity in Q3. In Germany in particular, the composite PMI lies clearly below the 50-point threshold for the second consecutive month (47.6 in August, its lowest since June 2020), and the Ifo indicator for August also remained very low (88.5 points). The deterioration in euro area economic activity is particularly visible in the industrial sector, although the recent boost in the services sector is also showing signs of running out of steam. On the other hand, the European Commission’s economic sentiment index suggests a sharp deterioration in activity throughout Eastern Europe. In the US, meanwhile, the latest indicators are somewhat more mixed: the composite PMI stood at 45.0 points in August (vs. 47.7 in July), but the ISM indices were positive over the summer, as were the labour market indicators. 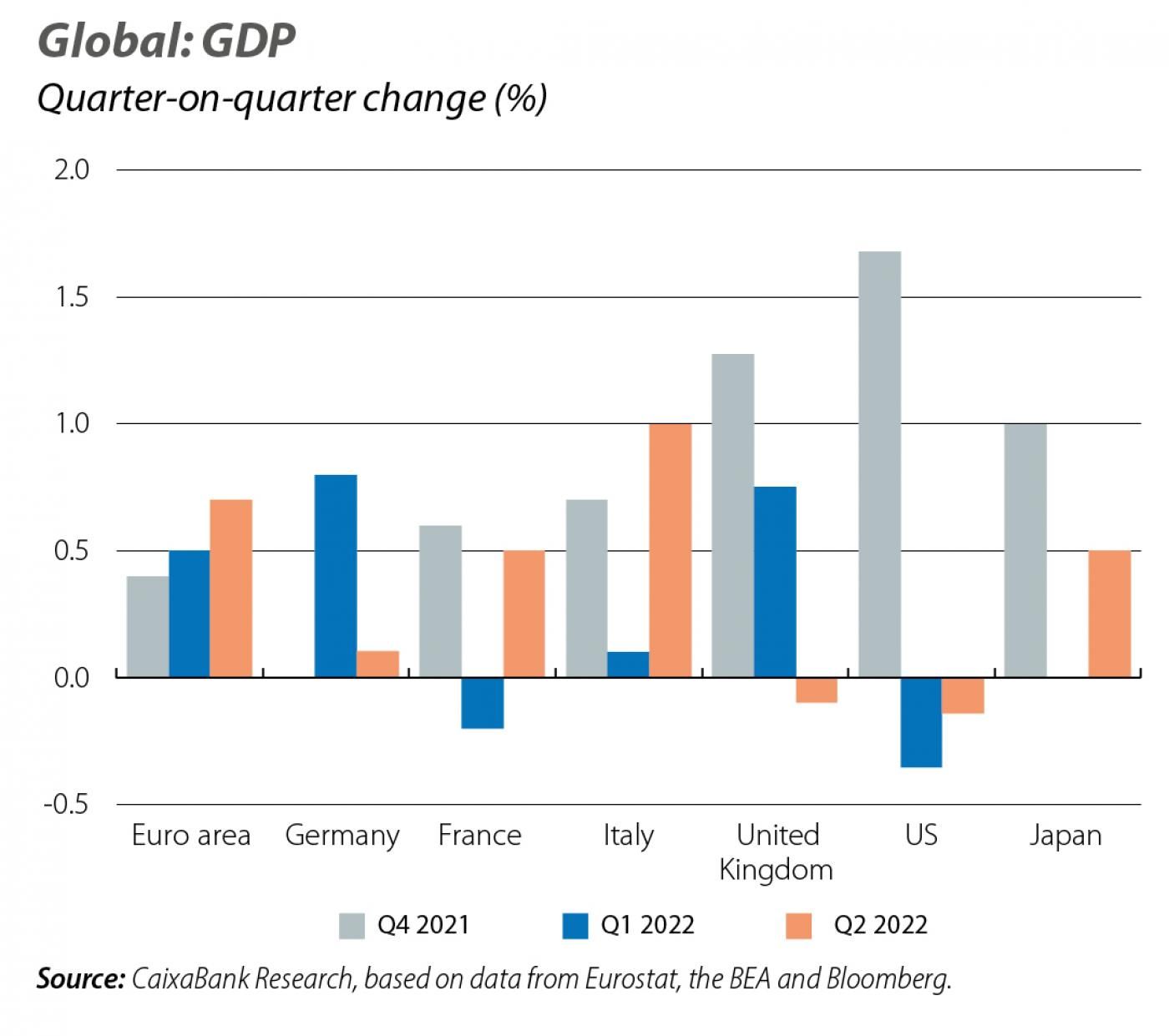 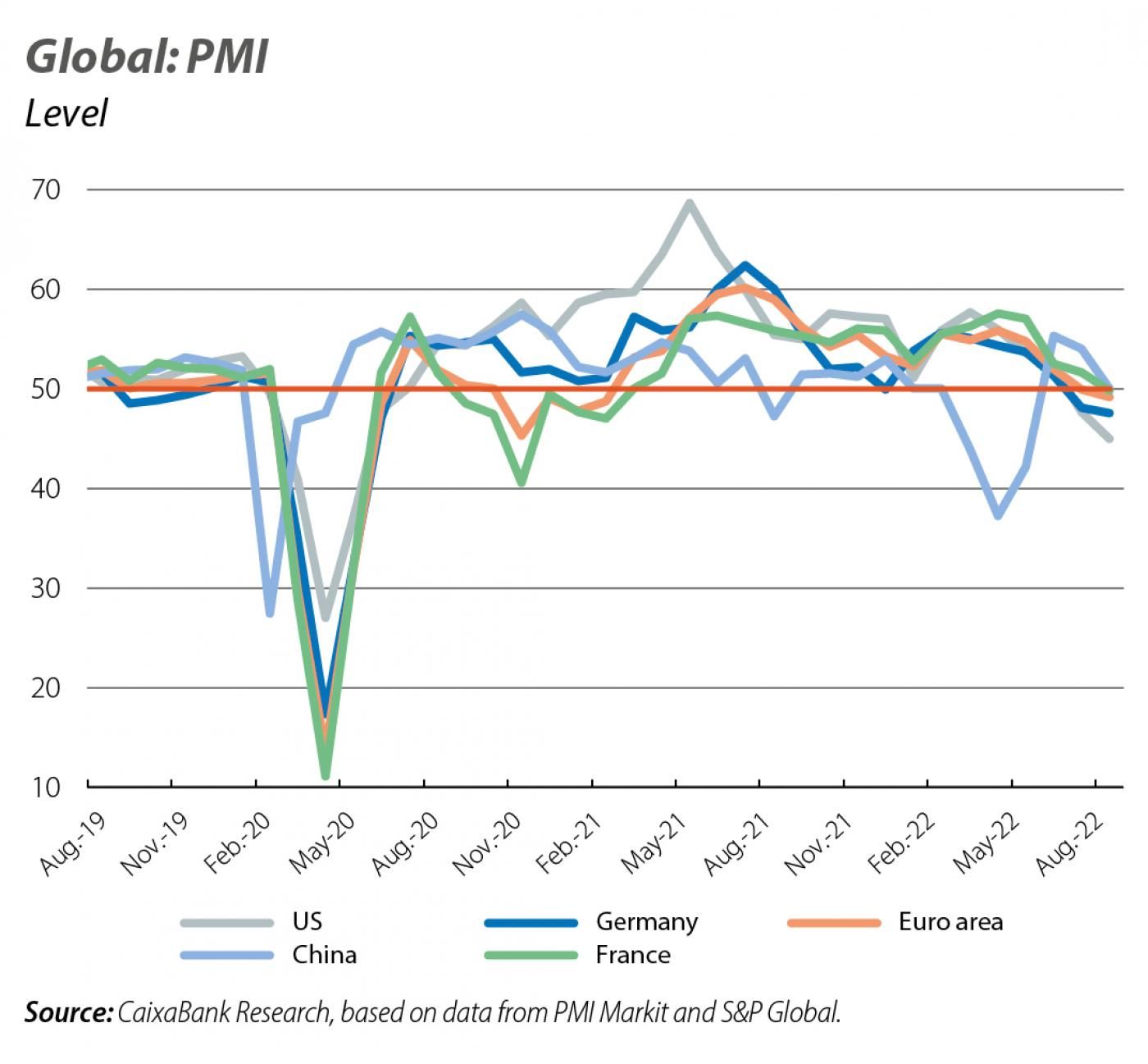 Respite in some inflation data, but the inflationary pressures persist

In the US, headline inflation fell to 8.5% in July. This represents a moderation of −0.6 pps since the previous month, although it is still very high. Core inflation, meanwhile, remained at 5.9%. In the euro area, inflation reached a new high in August, at 9.1% (8.9% in July), but the trend was different from country to country. While it rose by 0.3 pps in Germany (to 8.8%, a 40-year high) and by 0.6 pps in Italy (to 9.0%), it fell by 0.3 pps in France (to 6.5%) and by 0.4 pps in Spain. The core inflation measure for the euro area rose by 0.3 pps to 4.3%, reflecting the growing inflationary pressures across the consumer basket. The latest data suggest that the ECB could be forced to accelerate its rate hikes – an expectation already reflected in financial market prices as of late August. China, the world’s second largest economy, is dry and stagnant

Between the deepening crisis in the real estate sector, the continued impact of the country’s zero-COVID policy and one of the country’s worst droughts since records began, China is showing no signs of recovery. Following a 2.6% contraction in GDP in Q2, which brought year-on-year growth to 0.4%, the available economic activity data for Q3 suggest that the Chinese economy is a far cry from the buoyancy we have become accustomed to in recent decades. In particular, indicators such as retail sales and industrial production suggest a slowdown in the economy in July, after a brief recovery in June which followed the impact of the Omicron variant in the spring. Similarly, the fall in the official composite PMI (from 52.5 to 51.7) suggests a further slowdown in August. In this context, the Central Bank of China surprised analysts when it cut reference interest rates and presented various measures aimed at supporting infrastructure projects, which is indicative of the country’s authorities’ concern about the slowdown in its economy. 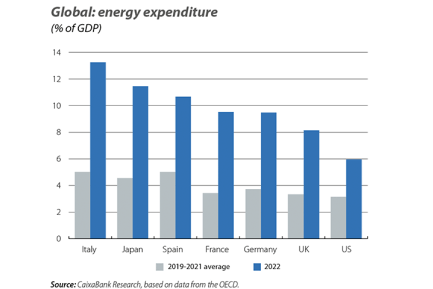