As the age-old saying, which is so topical in light of the war in Ukraine and the energy crisis, puts it: «hope for the best, prepare for the worst». 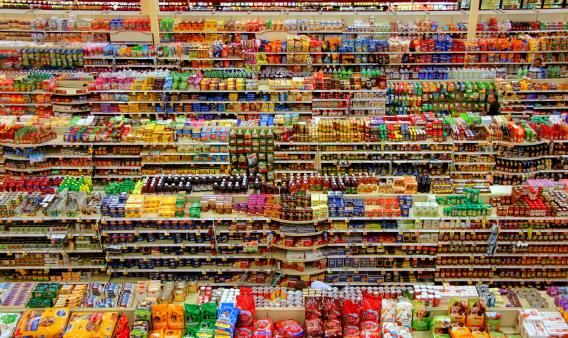 The summer has been characterised by a tense calm in the economy and the international financial markets, pending developments in the risk factors and the impact they might have on a business cycle that is beginning to show signs of exhaustion. The question is whether the weakening of growth that is now apparent in the closing stages of Q3 could end in recession. For the time being, the biggest source of concern is Europe, where growth has slowed over the summer and is approaching stagnation. That said, the performance of the American and Chinese economies is also subject to a fair degree of uncertainty, in the former case because of the «pain» being inflicted by the Fed, and in the latter due to the continuation of the zero-COVID policy and its problems in the real estate sector.

In the euro area, there is an impression that the positive effects on the services sector derived from the last COVID-related restrictions being lifted and the use of the pent-up savings are no longer likely to offset the weakening of industry and the erosive effect that the rising inflation and tightening of monetary policy are already having on households’ purchasing power. In this regard, the recent rally in the price of gas futures in Europe (anticipating a prolonged closure of supply from Russia) and the sense that the ECB will accelerate its interest rate hikes in order to quickly reach neutral territory is changing the assumptions used as the basis for economic forecasts. All this will lead to a new round of downward revisions in economic growth forecasts over the coming weeks by most economic analysts. With the 12-month Euribor approaching 2% (+2.35 pps in the year to date), inflation surpassing 9% and gas prices likely to be in the 150-200-euro/MWh range in the coming months, it is difficult not to anticipate declines in economic activity in the bloc, at least in the six-month period from October to March.

Beyond that period, the visibility is very low, as everything will depend on how effective Europe’s economic policy response to the energy problem proves to be. Other key factors in this regard will include whether rationing is required in the supply of gas, how flexible the ECB can be in adapting its road map to the requirements of the monetary normalisation process, how the supply-side restrictions caused by the bottlenecks develop (there are some positive signs in terms of delivery times and freight costs) and how the various sources of geopolitical risk evolve (Ukraine, elections in Italy, Taiwan, the Middle East, etc.). Indeed, there are many simultaneously open fronts, many of which are interrelated, and the key will lie in the extent to which they impact expectations and, above all, the labour market. With regards to expectations, the latest data show that confidence among economic agents (especially business leaders in industrial sectors) appears to be now anticipating a weakening – although not a sharp decline – in economic activity in the latter part of the year. The labour market, meanwhile, continues to show a reasonably clean bill of health in most OECD countries, albeit with many sectors experiencing difficulties in finding suitable candidates to fill vacancies.

As for the central banks, the challenge will lie in gauging the appropriate dose of monetary tightening needed to reduce inflation in economies that are already in the midst of a slowdown. It is relatively easy to cool an overheated economy suffering from demand-driven inflation, but not so easy to tame a price rally triggered largely by supply-side problems at a time when economic activity is losing momentum. For now, following the doubts that dominated 2021, the central banks are currently stepping up the pace in their campaigns to regain some degree of freedom and to reach at least neutral territory by the end of the year, even if this entails a significant sacrifice in terms of growth. The problem in circumstances such as the present is that there is a risk of both going too far and not going far enough, and this will require considerable flexibility in the coming months, as well as an appropriate communication policy.

The end of a long period of liquidity at no cost and of plentiful raw materials, water and technology are signs of what the president of France referred to this summer as «the end of abundance». Whether or not this is an overly pessimistic view of the reality, it reflects the times of change we are facing and the need to adapt to them. As the age-old saying, which is so topical in light of the war in Ukraine and the energy crisis, puts it: «hope for the best, prepare for the worst».