As has been evident in recent weeks, there are few things more important than having a proper exit strategy once a mission comes to an end. This also applies to the economy, where the appropriateness of indefinitely maintaining the economic policy programme which, quite rightly, has been used for the past year and a half to address the crisis triggered by the pandemic is beginning to be questioned. 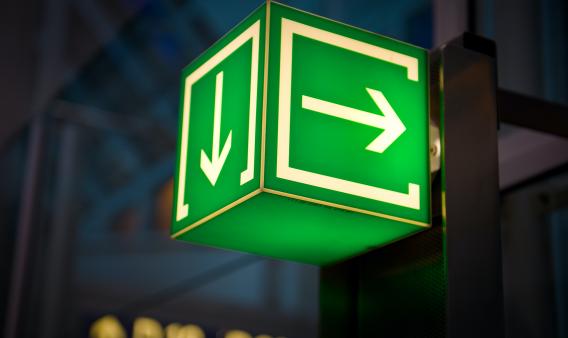 As has been evident in recent weeks, there are few things more important than having a proper exit strategy once a mission comes to an end. This also applies to the economy, where the appropriateness of indefinitely maintaining the economic policy programme which, quite rightly, has been used for the past year and a half to address the crisis triggered by the pandemic is beginning to be questioned. Progress in the vaccination rates and the recovery of mobility are placing us in a different phase of the business cycle compared to 12 months ago, and this shift is triggering bottlenecks along the price-formation chain (transportation, logistics, etc.), which in turn are affecting the behaviour of inflation. While inflation may not be a precise measure of the current temperature of the economy given the exceptional circumstances we find ourselves in (even using core readings), it does show that the balance of risks is beginning to change.

For now, the consensus of analysts continues to argue that much of the current price rally is driven by transient factors (base effects and temporary imbalances between demand and supply). On this basis, the surprising year-on-year rates at which the consumer price index is climbing in the US (5.4%) and Europe (3%) should be diluted over the coming months as supply adjusts to the sharp increase in demand for both goods and services. This is very important for the future of the recovery, because negative effects on corporate margins and household purchasing power are already beginning to materialise (especially in emerging countries). If price increases become entrenched along the production chain and unit labour costs begin to rise, the good behaviour of external demand in recent years in countries such as Spain would be jeopardised.

What should central banks do in these circumstances? On the one hand, they should not rush, but at the same time they should adapt the road map as and when changes are detected in the economic outlook. If the new path is well designed and, above all, properly communicated, the normalisation of monetary policy does not have to translate into a significant tightening of financial conditions. As the first central bank among the major developed countries forced to make a move, the Fed is managing to achieve this balance, at least for now. Powell’s announcement at the Jackson Hole meeting that tapering (a reduction in the volume of debt purchases) is likely to begin by the end of the year was well received by the markets, as the head of the Fed also anticipated that interest-rate hikes will be left for further down the line. This stands in stark contrast to the time Bernanke announced the beginning of tapering back in 2013, when it caused a storm in the financial markets.

In the case of Europe there is less urgency, despite the fact that inflation has stood at its highest levels since 2011 during the summer and economic activity has maintained a positive tone, judging by the signals coming from the surveys and the high-frequency indicators. Given the unease that some members of the ECB Council are beginning to show, in the short term there will most likely only be a slight downward adjustment to the volume of purchases under the PEPP (the programme created to combat the impact of the pandemic) in the last quarter of the year. Meanwhile, the ECB’s new strategy announced in July, which follows the strategy set out by the Fed 12 months ago, will begin to be implemented with the aim of achieving greater flexibility in order to fit the dual target of inflation and financial stability into the new economic reality. This update make the target more symmetrical in order to boost the capacity to respond to the risk of deflation, it incorporates into the daily toolbox the exceptional instruments used in recent years, and it foresees expanding the list of components which comprise the price index to include housing under ownership (currently, only rentals are included). At present, the part that still needs a little more emphasis is the adjustment of the future direction of monetary policy (forward guidance), which should facilitate the formation of interest-rate expectations in the markets. For the time being, the message is that the European monetary authority will need firmer signals that the medium-term inflation forecasts (including readings of price trends) are converging on the target rate before signalling a withdrawal of the stimulus. This has led to a slight delay in when investors expect to see a rate hike in the euro area. More symmetry, more flexibility and the loss of the importance of monetary variables in the analysis reflect the fact that the ECB wants to leave the mark of the Bundesbank behind it, something that will undoubtedly facilitate the complex exit strategy that the central banks will have to address over the coming years.