In search of the lost balance

The interaction of the dynamics (and imbalances) that had been at play since the outbreak of the pandemic, with the new reality in the face of heightened geopolitical instability and rising rates, comprise a new and challenging scenario in which households, businesses and governments alike will need to adapt their decisions. 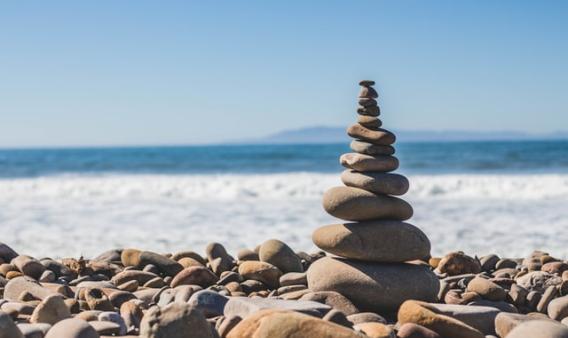 More than two months after the outbreak of the war in Ukraine, the feeling is that the economic outlook remains very much open, subject to the high degree of uncertainty surrounding how the war will develop and its economic implications, as well as to the effect of the partial shutdowns of activity in China under the zero-COVID policy and the implications of the general tightening of financial conditions. The interaction of the dynamics (and imbalances) that had been at play since the outbreak of the pandemic, with the new reality in the face of heightened geopolitical instability and rising rates, comprise a new and challenging scenario in which households, businesses and governments alike will need to adapt their decisions. Above all, we will need to adapt to the emergence of a threat not seen in a generation – that of inflation – which we are now living with on a daily basis after decades under the radar.

It will not be easy for economic policy to protect the incomes of the most vulnerable economic agents, to equitably distribute the loss of activity triggered by a supply shock, to allow prices to send the right signals in order to rebalance the markets hardest hit by the war and, at the same time, to normalise interest rates as they emerge from extremely expansionary territory. More precisely, it will not be easy to do so without triggering a sharp cooling of economic activity in economies that are heavily indebted, with the additional difficulty of taking decisions without having full visibility over how the successive rounds of sanctions on Russia and their potential effects on the energy markets will develop. At the umpteenth crossroads that economic policymakers have had to face in recent years, the price to pay for a suitable response to the current challenges – both political and economic – may be stagnant growth for two or three quarters. In return, however, the threat of the consolidation of a process of stagflation, the correction of which would likely require much greater sacrifices in the medium term, would be minimised. Coordination in economic policy responses, in a world that is at risk of fragmentation into geopolitical blocs, will also be needed in order to limit the risks of financial instability and exchange-rate mismatches.

The difficulty is that we are still operating in a highly volatile scenario, with a lot of noise and few clear signals. The diagnosis of how all the events of recent months will affect economic activity is still very much incomplete, as we only have the Q1 growth data to go on and the signals coming from business and consumer surveys are not particularly conclusive. In general, consumers appear to be more cautious than business leaders, and among the latter, managers in manufacturing sectors seem more concerned than those on the services side, although they are all consistent with an economy that is still on the up. The key, as almost always, will lie in what happens with private spending, as it navigates the negative effects of inflation on agents’ purchasing power and the existence of pent-up savings from the last two years that can be mobilised and serve as a counterbalance. For now, the only certainty is that inflation has continued to climb month by month, becoming the main risk threatening the outlook. The meagre consolation is that we should be very close to reaching the peak in much of the OECD. The major source of concern, meanwhile, is the tensions that are beginning to show in core readings (especially in the US) and the risk that they could lead to long-term inflation expectations on both sides of the Atlantic creeping closer to 3% than 2%, which would explain the sudden shift in the central banks’ communication policy.

In this context, the major change in the scenario is the sharp rise in the nominal yields being demanded by investors throughout the interest rate curve to offset the inflationary risks. So far, the good news is that real interest rates remain very moderate, reflecting investors’ vote of confidence for central banks to stop being behind the curve, and this will no doubt lead them to bring rates at least into neutral territory within the next 18 months. Therefore, we can expect monetary policy to follow a clear and steady path towards normalisation until official interest rates reach around 3% in the US and 1.5% in the euro area. The potential impact of rates at such levels on financial stability and growth would be moderate, especially if they are sufficient to anchor inflation expectations at 2%, even through they contrast with the financial conditions to which we have been accustomed in the last decade (average 12-month Euribor of 0.05%). In short, over the coming months we will continue to operate in a tempestuous business cycle characterised by geopolitical realignments, persistent supply chain disruptions, volatility in the financial markets and central banks trying to make up for lost time.