This summer’s hot topic, at least economically speaking, has been the sharp rise in the price of gas. All the indicators suggest that over the coming months we will have substantially higher prices than those predicted before we went on holiday, and this will undermine the Spanish economy’s recovery process. 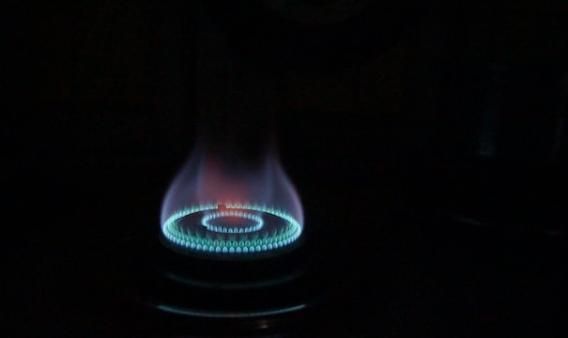 What happens during the month of August often seems like a mirage. I am not referring to the feeling that our holiday has been too short (although that is also true). August is often a month in which there is little information on the progress of economic activity and we tend to overreact to the limited data that is available. In the summer months we often see increased volatility in the financial markets caused by factors that end up being inconsequential.

This summer’s hot topic, at least economically speaking, has been the sharp rise in the price of gas. Unfortunately, this time it does not seem to be merely a mirage. All the indicators suggest that over the coming months we will have substantially higher prices than those predicted before we went on holiday, and this will undermine the Spanish economy’s recovery process.

We already have indications that the economy is losing steam. On the one hand, the Purchasing Managers’ Indices (PMIs) for both the services and manufacturing sectors show a clear downward trend. In fact, the one concerning industry is already at levels that indicate a decline in activity. This is accompanied by a marked decline in confidence, which is also particularly pronounced in industry.

Household consumption, the main pillar of the economy (it represents around 55% of GDP), is also weakening. Both retail sales in real terms and those of large firms declined in July. CaixaBank’s real-time consumption tracker, which monitors the evolution of spending on CaixaBank cards and that registered on CaixaBank point of sale terminals in retail establishments, paints a similar picture and anticipates that this trend has continued during August.

The savings accumulated by households during the pandemic due to the restrictions on mobility and activity will have practically been exhausted this quarter. That said, they will have helped households to cushion the blow of inflation to their consumption for a few months. Beyond what is going on at the aggregate level, the ability to cope with the rise in prices varies widely among households. Those on lower incomes and young people are already being forced to cut their spending.

The outlook is not exactly encouraging. The magnitude and persistence of the energy shock has led to the price increases becoming widespread. 80% of goods are now showing a price increase of more than 2%, and for one third of all goods the increase exceeds 10%. The spread of the inflationary pressures to almost all categories of the consumer basket is a double cause for concern. On the one hand, it reduces households’ purchasing power. That much is clear. Above all, however, historically it has been difficult to reverse these kinds of dynamics once they have been set in motion. If the price of only some types of goods increases, few companies consider raising their prices – only those directly affected. But when there are price increases across the board, more and more firms anticipate that their suppliers, as well as their competitors, will be forced to increase them. Thus, inflationary pressures become increasingly widespread and more pronounced.

The change in the outlook for gas prices and the rise in inflationary pressures will force us to adjust our forecast scenario for the Spanish economy – something we will do next month. The medium-term inflation expectations remain well anchored, but in 2023 we are likely to see price increases that are somewhat greater than we expected and growth, somewhat weaker. Let us hope that this year will end up being like the rest, and that what has happened in August will prove to be nothing but a mirage.