The invasion of Ukraine by Russian troops marks a turning point in the international geopolitical context since the fall of the Berlin Wall. The consequences of an event of such magnitude (a black swan in financial terminology) are still difficult to anticipate, but some of the underlying trends that have defined the behaviour of the global economy in recent decades could change. 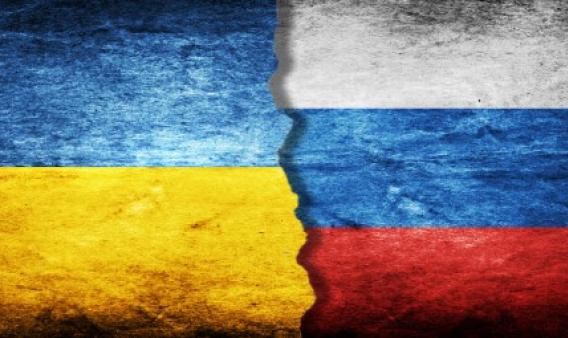 The invasion of Ukraine by Russian troops marks a turning point in the international geopolitical context since the fall of the Berlin Wall. The consequences of an event of such magnitude (a black swan in financial terminology) are still difficult to anticipate, but some of the underlying trends that have defined the behaviour of the global economy in recent decades could change. The search for greater strategic autonomy (especially in Europe) will entail a rethink both of foreign actions and in terms of energy, defence and competition policies, and this will be transmitted to the economic framework. It is clear that a return to spheres of geopolitical influence would have a negative impact on international trade, at a time when doubts over the fragility of value chains are already beginning to trigger attempts to seek vertical integration in sectors that are being particularly affected by the supply chain disruptions. In other words, after decades marked by a rapid globalisation process that has continued almost unobstructed, like a car on a motorway, it is now being diverted to a secondary road, subject to various imponderable factors (COVID, geopolitics, etc.). The paradox, therefore, is that globalisation – the apex which up until the pandemic appeared to be the strongest in Rodrik’s trilemma (it is not possible to pursue globalisation, national sovereignty and democracy all at once, but rather only two of these elements) – may now also begin to reflect some signs of wear and tear.

However, as the underlying trends that will determine what the productive structure of the economy will look like in the medium term take shape (digitalisation, the energy transition, and a new geopolitical environment), the reality is that we are facing a new event with significant disruptive potential, just as we were apparently leaving the worst of the COVID-19 pandemic behind us. There are several channels through which this disruption could materialise. Firstly, Russia’s importance as a producer (and exporter) of oil, natural gas, nickel, etc., is being reflected in the biggest rise in commodity prices in decades. This will pose a new disruption to supply, which in turn will have a detrimental impact for both growth and inflation in the coming quarters. This raises the risk that the upward inertia shown by consumer prices in much of the OECD, as a reflection of the significant mismatches between supply and demand caused by the pandemic, could become consolidated.

The second channel of contagion will be the growing uncertainty that is already being triggered by the first war to be retransmitted in real time on social media. Inevitably, these events will cause many economic agents to put their investment and consumption decisions on hold in the coming weeks, whether it be a household’s decision to buy a car or how businesses choose to manage their stocks. Finally, the financial channel could amplify the above effects. This is because, although the international banking system’s exposure to Russia is low, investors’ incipient flight to quality may at some point cause liquidity tensions in certain market segments. In addition to all this, we must consider the distorting effect of the largest package of economic sanctions in recent decades. This package will plunge the Russian economy into recession (and, almost certainly, lead to defaults on its foreign-currency obligations), but it may also have an impact on the rest of the world as it will not favour the unclogging of the bottlenecks. In short, although the impact will be uneven, the increase in geopolitical risk will have economic, financial and social repercussions, in addition to the diplomatic and military ones. What is more, they will all interact in ways that are difficult to predict.

What we do already know is that all of this will entail a thorough revision of the growth and inflation forecasts (downwards and upwards, respectively) and it will affect all our pockets, as we are already seeing each time we fill up at the petrol station. In addition to their cost in human lives, wars always come with an economic cost, and the key is to distribute the sacrifices equitably among the various economic agents. The effects will evidently be asymmetric, with a greater impact on the European economy and on emerging countries that are dependent on commodities and that have liquidity problems. The first sensitivity analyses based on different energy price scenarios anticipate a negative impact on European growth of between 1 and 2.5 pps in 2022, while average inflation could increase by between 1 and 1.5 pps. With a very different economic structure and greater flexibility in production factors compared to the 1970s, the risk of stagflation seems moderate. Above all, the risks will be lower if the economic policy response gets it right, accommodating the supply shock to soften the blow to households and businesses while also trying to avoid second-round effects on prices. All this will have a fiscal cost that will most likely entail another suspension of the Stability and Growth Pact in 2023, while the ECB will be in no rush to embark on its path towards monetary normalisation until it has better visibility through the fog that a war always provokes.

For the time being, the good news is that Europe has once again been unanimous and decisive in its response to what is an enormous challenge for the second time in just over two years, despite the fragility posed by the almost complete dependence on imports of Russian natural gas in countries such as Hungary, Latvia, the Czech Republic and Slovakia (40% of Europe’s total consumption). If the process of European construction is progressing in fits and starts from crisis to crisis, the succession of three significant periods of instability since 2008 (the financial crisis, COVID and Ukraine) has raised the scale of the challenge. A response that is fit for the circumstances, like that we have witnessed so far, could prove to be the ultimate catalyst for European integration. This, at least, offers us a reason for hope when faced with the pain of seeing images in Europe that take us back to the worst of the 20th century.