In the current context of high inflation, one cannot help but wonder about its impact on wage dynamics. To properly frame this burning issue, and in order to have sufficient information to answer it, it is essential to analyse the historical relationship between prices and wages. 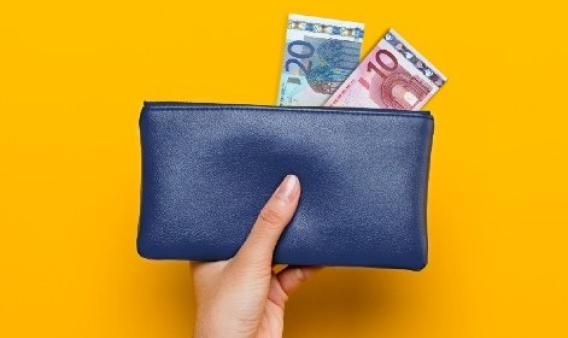 Wages and inflation: wages take a few months to react to price increases

To begin with, we analysed how long wages take to react to price increases in Spain. To this end, we studied the behaviour, since 2001, of the year-on-year growth of the wage cost per worker as a function of the evolution of core inflation. In doing so, we took into account other relevant factors that help to explain wage dynamics: productivity growth, the evolution of the labour market and labour policies.

The results (see first chart) confirm that if there is a surge in inflation (whether headline inflation or core inflation, the latter of which excludes energy and unprocessed foods), this increase is not immediately reflected in a rise in wage costs. In other words, there is an adjustment period before inflationary pressures begin to materialise in wage dynamics. 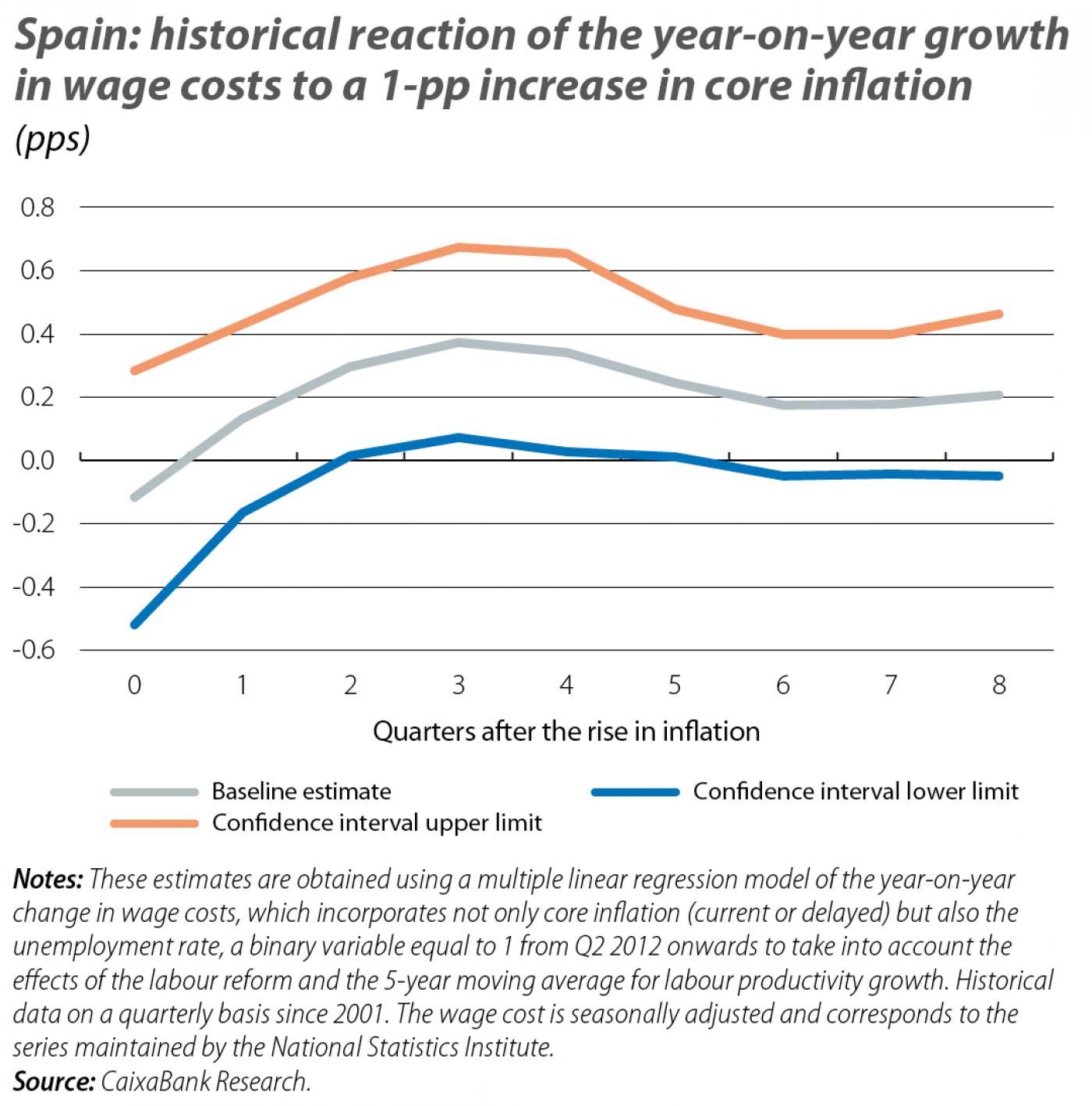 How long does this adjustment period typically last? According to the data, half a year. After that, wages begin to react to a rise in inflation. And we must wait nine months to a year after inflation begins to rise before the impact on wages is fully apparent (in the first chart we can see that the periods when the impact is greatest occur three quarters to one year after the rise in inflation). Specifically, according to the historical evidence, a 1-pp increase in core inflation would lead to an increase in the year-on-year change in wage costs of just under 0.4 pps one year later. From that point on, the magnitude of the impact begins to decrease, and a year and a half after the rise in inflation no impact is observed.1

Another interesting fact is that the reaction of wages is stronger (about twice as strong, one year after the price increase) in the face of a rise in core inflation compared to a similar rise in headline inflation. This confirms the importance of core inflation for monitoring wage dynamics (not in vain, core inflation is the key monetary policy metric monitored by the major central banks).

Dynamics over time: a fading relationship

Now that we have a more precise idea of the strength of the relationship between prices and wages, it is pertinent to analyse how this relationship has varied over time in Spain. Has it weakened or, on the contrary, intensified? The second chart provides the answer: the correlation between core inflation and wage rises agreed in collective labour agreements has gradually weakened over the last few years.22 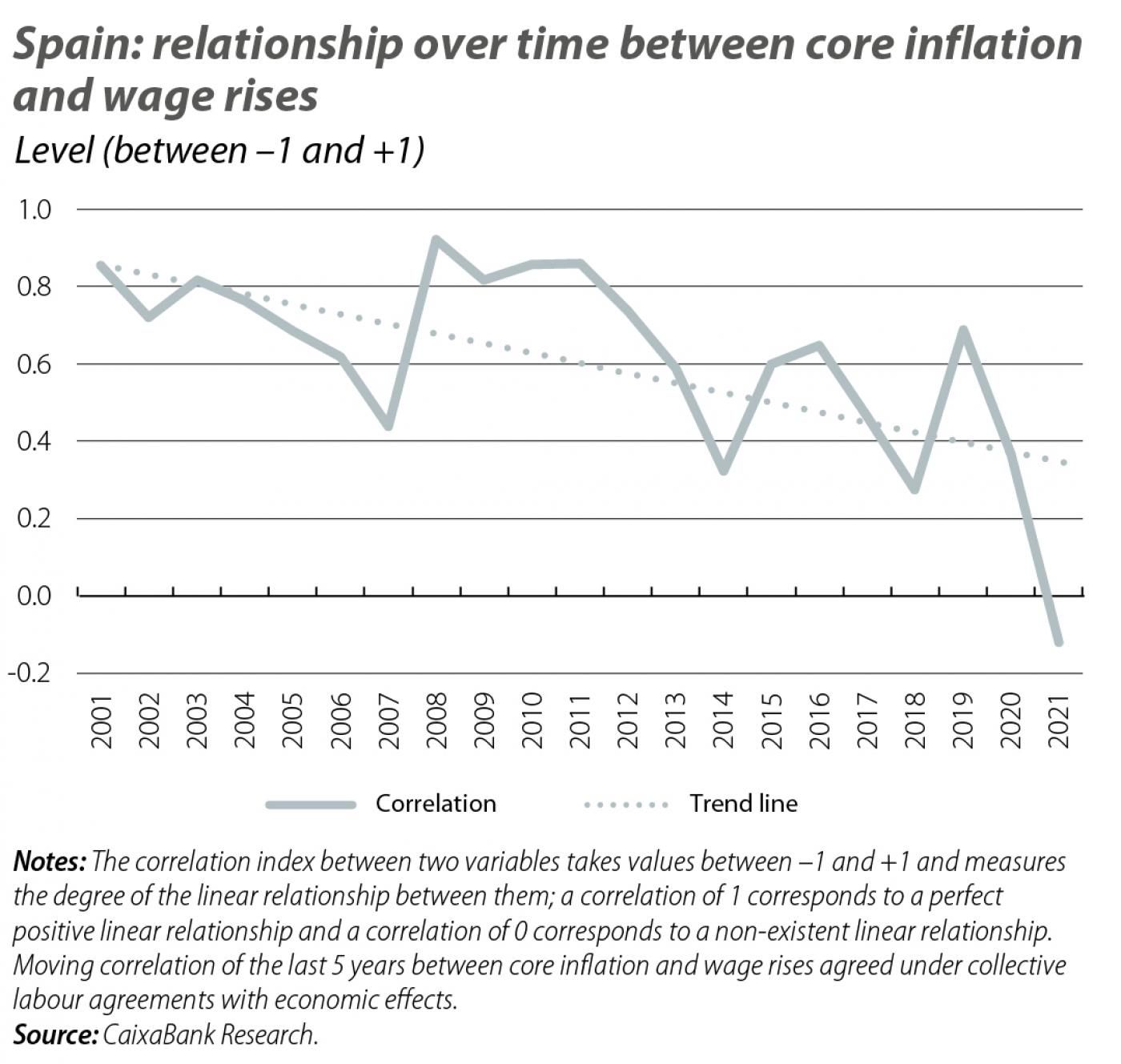 A more detailed analysis confirms this first visual evidence: the impact of inflation on wage costs was higher in the period 2001-2011 – in that period, a 1.0-pp rise in core inflation would, on average, lead to an increase in the year-on-year change in wage costs one year later of more than 0.5 pps – whereas from 2012 onwards the impact is more modest. This fact suggests that certain structural elements – such as globalisation, technological change, the end of automatic indexation in collective labour agreements, or the 2012 labour reform – have contributed to weakening the channel through which price increases spread to wages. Another important factor is the sharp rise in the unemployment rate in the years following the Great Recession, during which it was far higher than in the pre-crisis years.

In short, based on the historical evidence we conclude that inflationary pressures do spread to wages, although there is an adjustment period of around a year before this occurs. Moreover, this relationship has been very moderate in the last 10 years.

What do these results tell us in the current context? On the one hand, it is not so strange that the high inflation has not yet been reflected in second-round effects (in March, the latest figure available, the wage rise in collective labour agreements was 2.4% year-on-year, while headline inflation stood at 8.4% in April and core inflation, at 4.4%). On the other hand, the current inflationary pressures can indeed be expected to have an impact on wages, although this impact should not be as pronounced as that which would have occurred in the Spanish labour market of the turn of the century with a similar inflation rate.

In any case, while these historical relationships are useful for framing the current context, it should also be noted that the situation we are currently experiencing is exceptional, given that the rise in energy prices is being exacerbated by the war in Ukraine and due to its leakage into a large part of the basket of consumer goods. In this exceptional situation, the wage deal currently being negotiated by the social agents will be key, as it will largely determine wage dynamics for the next few years.