Portugal in the firing line

Portugal has returned to the markets' firing line. The ruling of its Constitutional Court, annulling important adjustment measures, and the unpopularity of the new measures that needed to be taken to maintain its commitment to the target deficit have worn down the governing coalition. The resignation of the Finance Minister, V. Gaspar, alluding to the inability to implement the adjustment programme, sparked off a crisis of government that has ended but has damaged one of the main elements underlying investor confidence: the commitment of Portugal's political class to its reform programme.

Fears of another bail-out have resurfaced. Even the possibility to apply haircuts to the Portuguese debt, an event that seemed distant at the beginning of year, has shown its face again. The deferment until September of the Troika's quarterly review of the progress made in the adjustment and reform programme and, consequently, the payment of the latest tranche of aid, has merely increased uncertainty. However, the Portuguese government's net borrowing seems to be under control. The extension of the loans provided by the ESM and EFSM has eased the profile of maturities, while debt issuances during the first half of 2013 have already covered the medium and long-term financing requirements for this year. The budget executed up to June also shows some adjustment in the deficit compared with last year so that, although the target set for this year (5.5% of GDP compared with 6.4% in 2012) may not be achieved, the deviation will probably be small.

This episode, moreover, should not obscure the significant progress made by the Portuguese economy over the last few quarters. In fact, the GDP flash estimate for 2Q 2013, 1.1% quarter-on-quarter, came as a pleasant surprise. Growth rate figures will likely be lower but leading indicators for 3Q 2013 suggest that the recent period of political instability has not damaged the recovery process. Moreover, the incipient improvement in activity in the rest of the European countries will provide an additional boost for an economy that is relying on significant support from exports to soften the drop in domestic demand.

But the challenges facing the Portuguese economy are not slight. In the short term, it is crucial for the Troika's review, planned for September, to be carried out as per normal and with a favourable conclusion. Any further delay in financial aid would seriously harm the country's credibility. The municipal elections planned for October will also be significant: they will help to measure support for the government to continue implementing the adjustment and reform programme.

In the medium and long term, it is important that no further episodes of political tension arise that could awaken doubts as to the political will and capacity to implement far-reaching structural reforms. The main problem affecting Portugal's economy is that, over the last few years, it has been unable to keep up an acceptable growth. Between 2001 and 2007, the average rate was 1.1%, a figure that now, with public debt at 131.4% of GDP, cannot be afforded. Therefore, to ensure that its return to the markets planned for June next year is successful, there should be no doubt that the country's capacity for long-term growth has improved considerably; and, in order for this to happen, neither should there be any doubt about the quality of the structural reforms implemented. 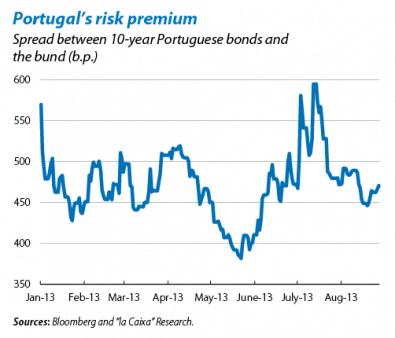 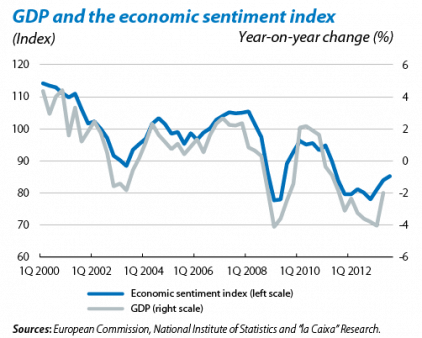