We assess the most important points in the last-minute agreement by which, on 1 January 2021, the UK left the single market and customs union with the EU. 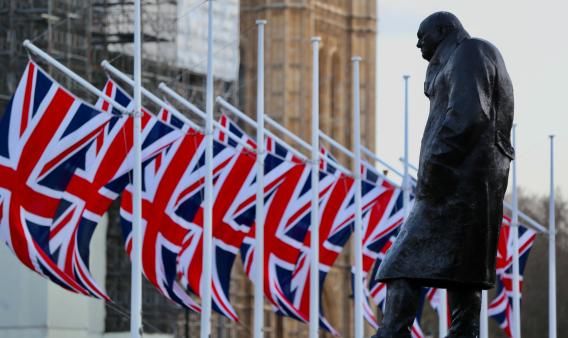 Following a last-minute agreement, the United Kingdom left the single market and customs union with the European Union on 1 January 2021. Up until that point, the UK had been in a transition period, as stipulated in the Withdrawal Agreement under which Brexit was made official in February 2020. The end of this transition period opened the path to negotiations for the UK and EU to reach a trade and cooperation agreement in order to avoid a trade relationship governed by WTO rules, which would have involved tariffs and other trade frictions. In addition to determining the relationship for the trade of goods, this agreement also concerns other aspects, such as fishing rights in the North Sea, trade in services, tourism, the United Kingdom’s participation in various European programmes (such as the Erasmus scheme, which the UK will no longer participate in), security, aviation and much more. The Agreement itself is a 1,246-page document, but below we address the most important points.

Trade of goods and services

The agreement between the EU and the UK can be summarised as a «basic free trade agreement». It ensures that there will be no tariffs on goods when they cross borders and no limits or quotas on the quantity of goods that can be traded. With these new rules, the trade relationship will be among the closest in the world. However, it does not avoid new frictions, which are significant compared to the previous trade relationship (border and regulatory controls, rules of origin,1 strict local content requirements, etc.).

In the sphere of trade in services, the agreement goes beyond WTO provisions in some respects (for example, it facilitates short-term business travel and the temporary transfer of highly-qualified employees). However, it does not prevent an increase in barriers, as it does not include aspects such as the (automatic) mutual recognition of professional qualifications or many other elements relevant to the financial sector.

In the sphere of financial services, upon leaving the single market British banks lost their financial «passport», a European mechanism that allows banks in any Member State to open branches and have customers throughout Europe as long as they adopt a set of regulatory and supervisory rules relating to financial services. It does not mean that the British banks have lost all access to Europe, or vice versa. A system of «equivalence» exists, under which Europe or the United Kingdom can grant market access to a third country if they consider that there is «equivalence», that is, that their laws are in the same spirit and achieve the same result as their own regulations. However, the ease of cross-border operations provided by this system is inferior to that of the passport system, and «equivalence» will have to be determined for each different type of financial service.2 In addition, the European Commission reserves the right to unilaterally withdraw the concession within 30 days if the conditions are altered. All in all, by leaving the EU, the UK lost access to a particularly close and stable framework for European financial relations, but both the EU and the UK are already in the process of approving «equivalences» in some areas. This is a process that will continue over the coming months and will largely determine the financial relationships that will exist between the two blocs. 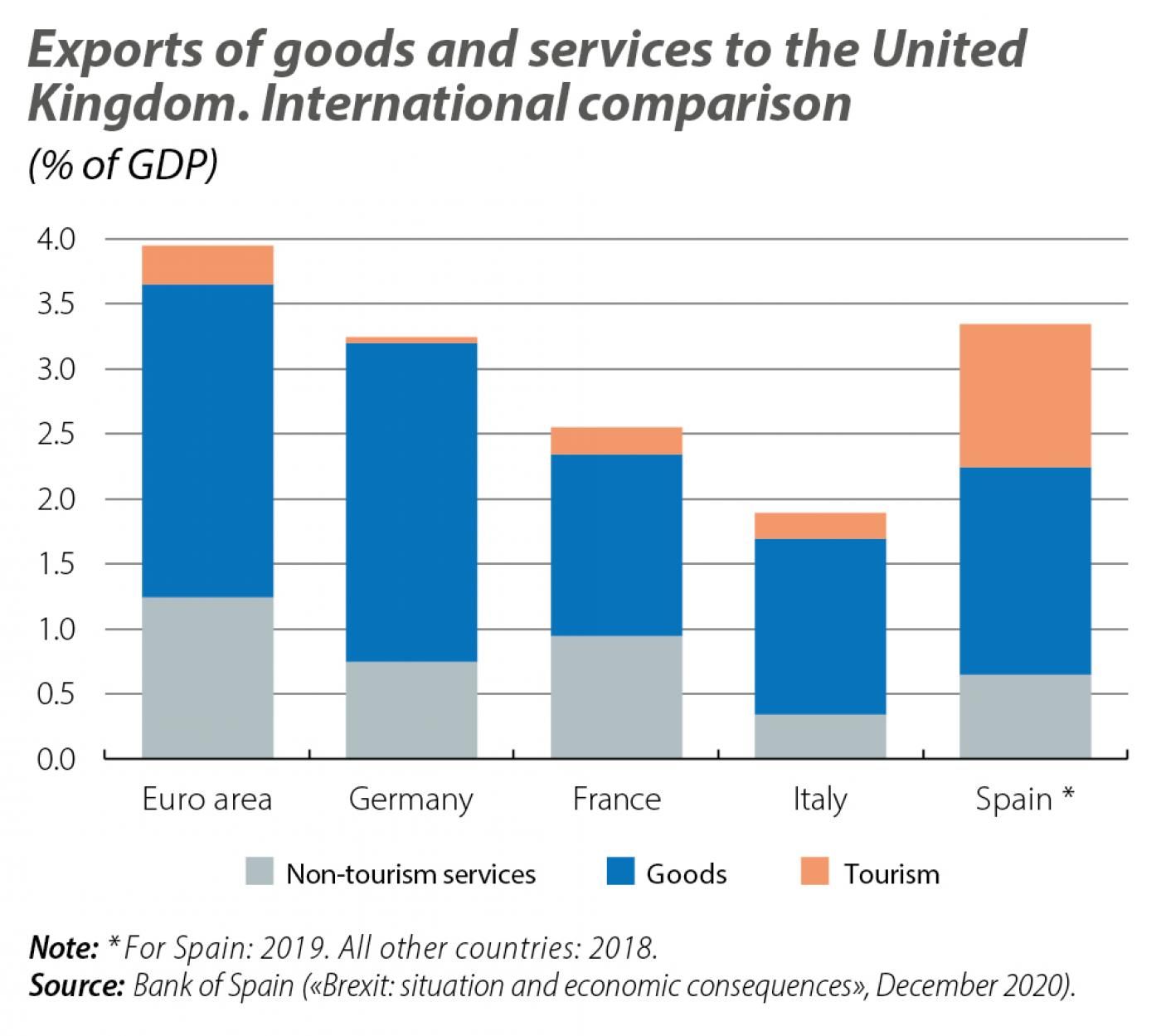 Another key element of the negotiation was ensuring that the conditions established would provide a level playing field for fair competition between the two regions, while also avoiding changes in rules and regulations in different areas that could result in unfair competition. With the new relationship, the UK and the EU will be free to maintain a high level of protection in areas such as environmental protection, the fight against climate change, carbon pricing, social and labour rights, tax transparency and state aid. Thus, in the medium term, frictions may arise as the two legal and regulatory frameworks gradually diverge. Under the agreement, the two regions will have access to a dispute resolution mechanism under which they can adopt reprisals if one region strays from the agreement. This mechanism provides for compensation or rebalancing measures, including the suspension of parts of the agreement or the imposition of tariffs. Crucially, there will be no role in the United Kingdom for the European Court of Justice, a British red line in the negotiations. Any disputes between the UK and the EU which cannot be resolved will be referred to an independent court.

On fishing, the UK and the EU have agreed on a new framework for joint management of fish stocks in EU and UK waters. In particular, over a 5.5-year transition period, the EU will gradually reduce its fishing quotas in UK waters (by a total of 25%), with annual consultations thereafter.

The movement of people between the UK and the EU will face certain barriers that will make it less fluid. Travellers will have to go through passport control and UK citizens will no longer be able to use the queue for European citizens when entering Europe, which will mean longer waiting times at airports and borders. In both cases, visas will also be required for extended stays abroad, usually for periods greater than 6 or 12 months. Immigration rules (such as work permits) will apply to people moving between the EU and the UK, although EU citizens currently residing in the UK, and vice versa, will have a transition period to allow them to obtain the necessary authorisations and documents.

The agreement has been ratified by the UK House of Commons, while ratification by the EU will take a few months yet. However, the European Commission has already presented the treaty as an exclusive EU agreement with limited provisional application until 28 February 2021. This means that the EU can provisionally implement the agreement with the approval of EU countries but without the consent of the European Parliament. MEPs said they will review the agreement in early 2021, so we expect its final ratification to occur before the provisional application period comes to an end.

Reactions to the agreement and consequences

The financial markets received the deal without major stock-price movements, reflecting the fact that the deal was broadly in line with what investors had long expected.3 Overall, as previously mentioned, this is a basic but comprehensive agreement. Moreover, there is nothing stopping the two blocs from continuing to negotiate in order to reach additional and more extensive agreements in areas that have been left out of the trade agreement or are not covered by it in great detail. For instance, new agreements can still be negotiated to re-strengthen the trade relationship in the field of financial services (as mentioned earlier, with the agreement reached, the British financial sector loses its financial passport) or to improve coordination in the areas of security and the sharing of data. In terms of macroeconomic impact, the agreement avoids short-term disruptions, both in the United Kingdom and in Europe, and while Brexit poses a number of new non-tariff barriers to trade, tourism and other economic areas, in the short term these woes are dwarfed by the COVID-19 pandemic, which remains by far the biggest factor determining the performance of the British and European economies. In the longer term, the agreement establishes a relationship between the UK and the EU similar to that envisaged in scenarios analysed in studies by the Bank of England and the Bank of Spain, in which they projected a greater acroeconomic impact on the British economy than on that of Europe.4 However, precisely what consequences the agreement will end up having remains to be seen and will depend on how trade and foreign investment between the UK and Europe evolve, as well as London’s prevalence as an international financial hub. In Europe, the impact will be mixed across the different economies, depending on their trade and financial links with the United Kingdom.