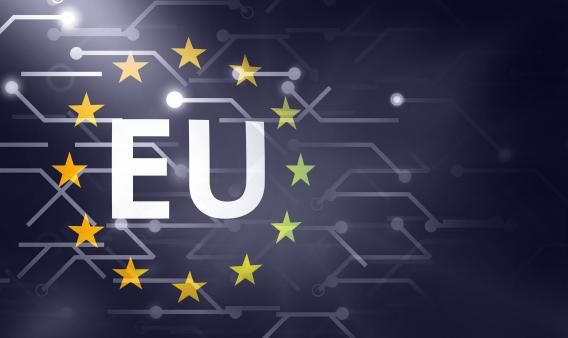 The Next Generation EU (NGEU) European Recovery Programme is centred around three pillars: the economic recovery and strengthening of the health system, the green transition and the digital transformation. Under NGEU, a total of 750 billion euros is due to be mobilised between 2021 and 2023, an unprecedented figure equivalent to 5.4% of EU GDP.1 ,2 In this article, we will focus on the policies that must drive the digital transformation of EU Member States and, in particular, the Spanish economy.

The European Commission (EC) has identified a set of key areas for digitalisation: the quality of digital infrastructure (broadband internet access, the deployment of 5G, etc.), access to skilled labour in the digital sphere, the penetration of new technologies (artificial intelligence or IA, big data, cloud computing, etc.) in small and medium-sized enterprises, the distribution of enterprises by size (the relative weight of SMEs in the productive fabric of the economy) and the degree of digitalisation of the public sector. In the attached map we summarise the main weaknesses in the sphere of digitalisation of the largest EU countries, according to the EC, and therefore the areas in which each of these countries should direct their efforts. As can be seen, the weaknesses that the EC identifies for the case of Spain correspond to those discussed in the previous article of this same Dossier.3 ,4 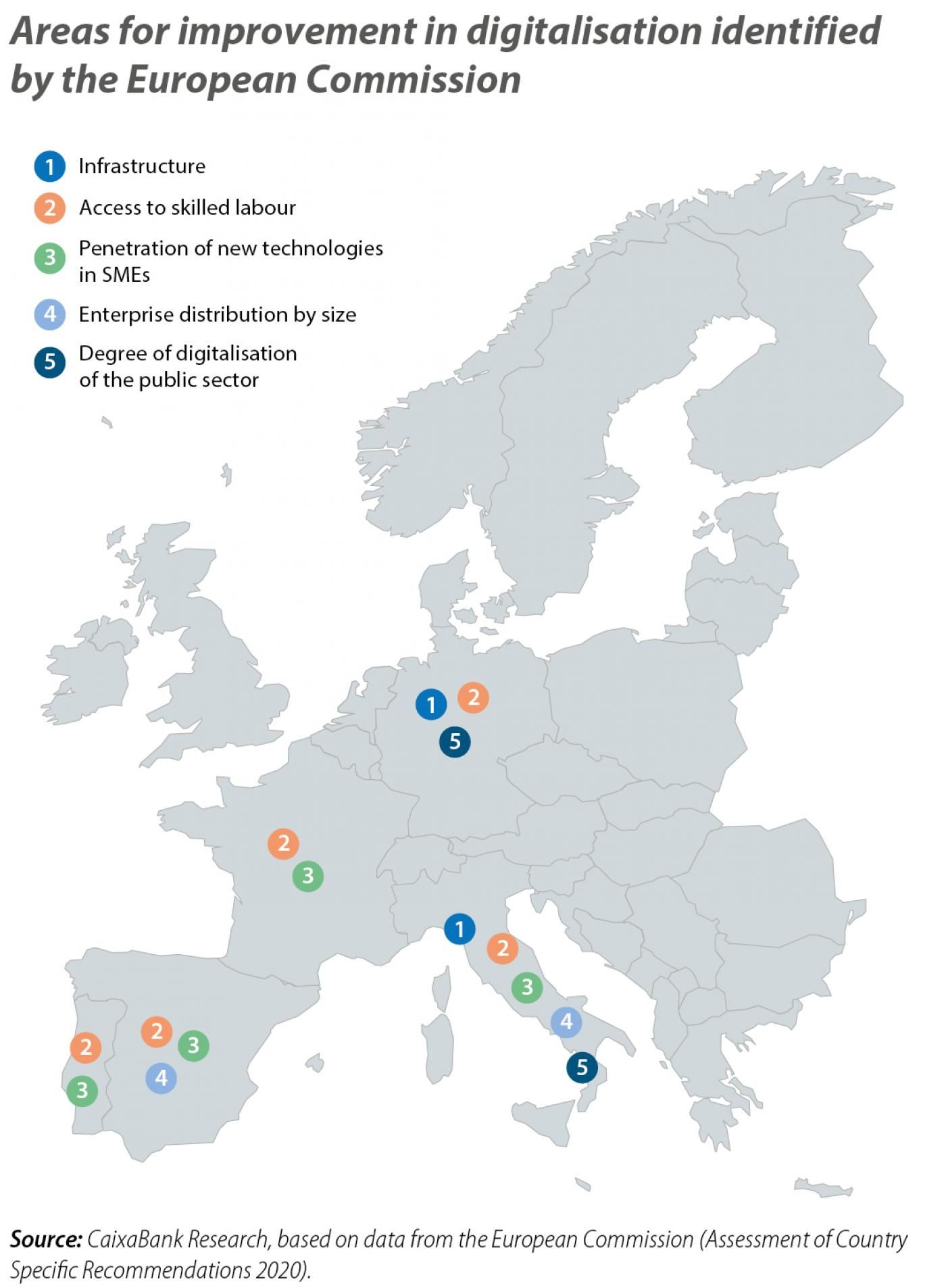 Together, these initiatives entail a mobilisation of 16.25 billion in public investment, of which 15.4 billion will be financed by European funds from the NGEU’s Recovery and Resilience Facility.7 ,8 In all, adding other smaller programmes to this amount, the government will allocate 20 billion euros in non-repayable grants from the NGEU to digital capital between 2021 and 2023, as the Minister of Economy signalled in October. This represents around one-third of the total funds that Spain will receive from the Recovery and Resilience Facility (some 69.5 billion euros).