The tightening shift in the Fed’s monetary policy in an attempt to combat inflation already seems to be having a negative impact on the country’s real estate sector. The key question here is: will we see a controlled slowdown or will it be a hard landing? 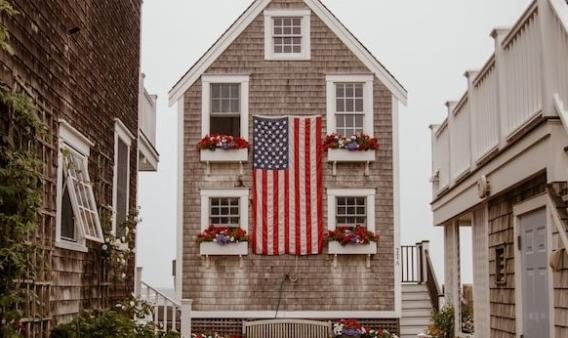 The tightening shift in the Fed’s monetary policy in an attempt to combat inflation already seems to be having a negative impact on the country’s real estate sector. This should come as no surprise: after all, the Fed’s intention is precisely to control inflation by cooling demand. And the latter is achieved, in large part, through the real estate channel: higher rates lead to a reduction in the demand for housing, which translates into less construction activity, which in turn indirectly reduces demand for other goods and services. The key question here is: will we see a controlled slowdown or will it be a hard landing?

Since the outbreak of the pandemic, we have seen a rise in the price of housing in the US. In particular, between February 2020 and August 2022 the increase exceeded 40%, representing an average annual growth rate of 15% in nominal terms. This is extremely high, exceeding even the growth registered in the years leading up to the global financial crisis (GFC), when it stood at around 10% (see first chart).1 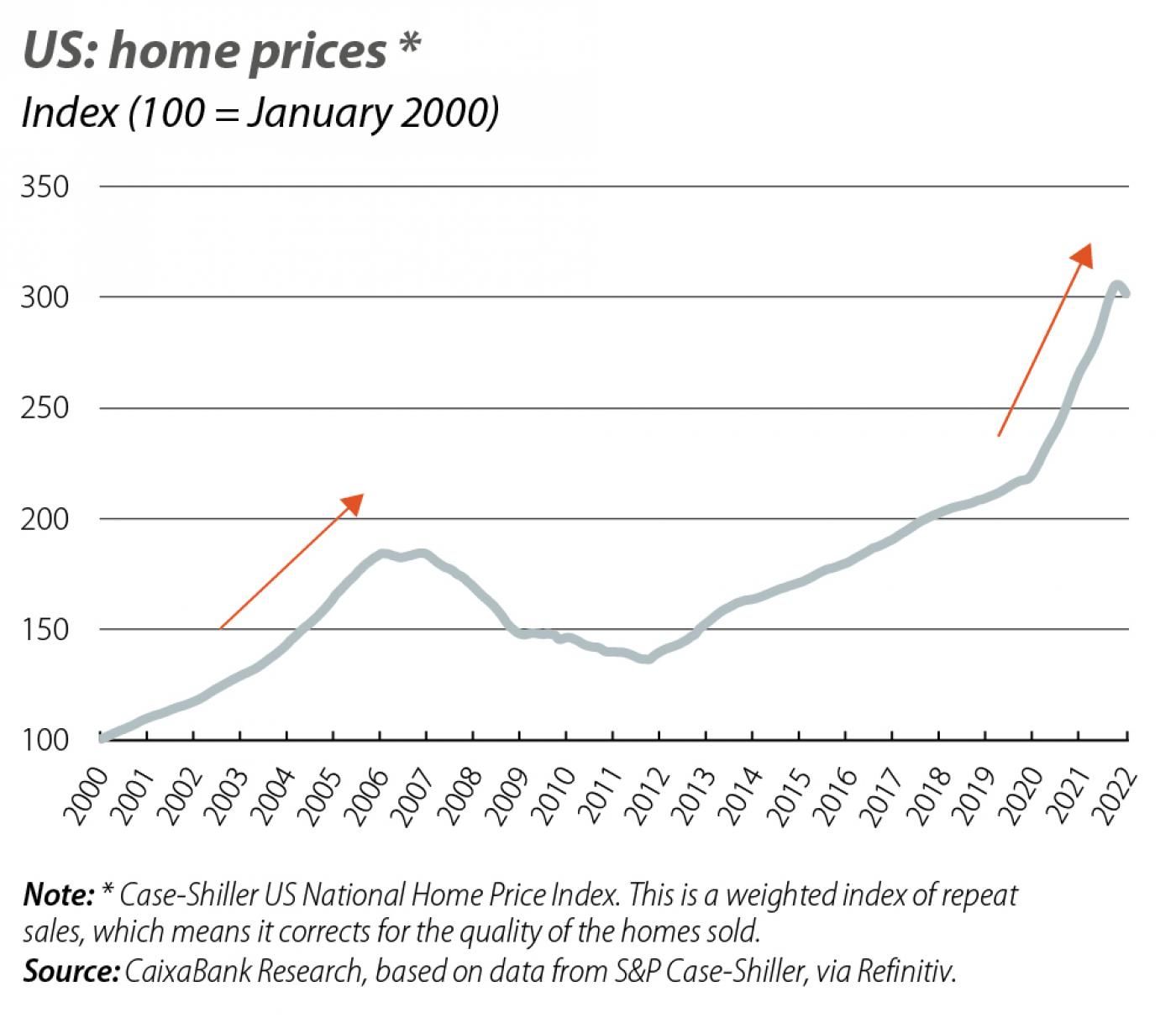 However, with the rising interest rates, some indicators in the sector have already begun to slow down. This is the case for the number of home sales, which registered double-digit drops in year-on-year terms as early as the summer (see second chart). The rate at which new housing construction projects are being started has also slowed in recent months (with year-on-year declines as well). After all, the interest rate on the average 30-year fixed-rate mortgage stood at around 7% at the end of October, a level not seen since mid-2006, before the financial crisis (see third chart). 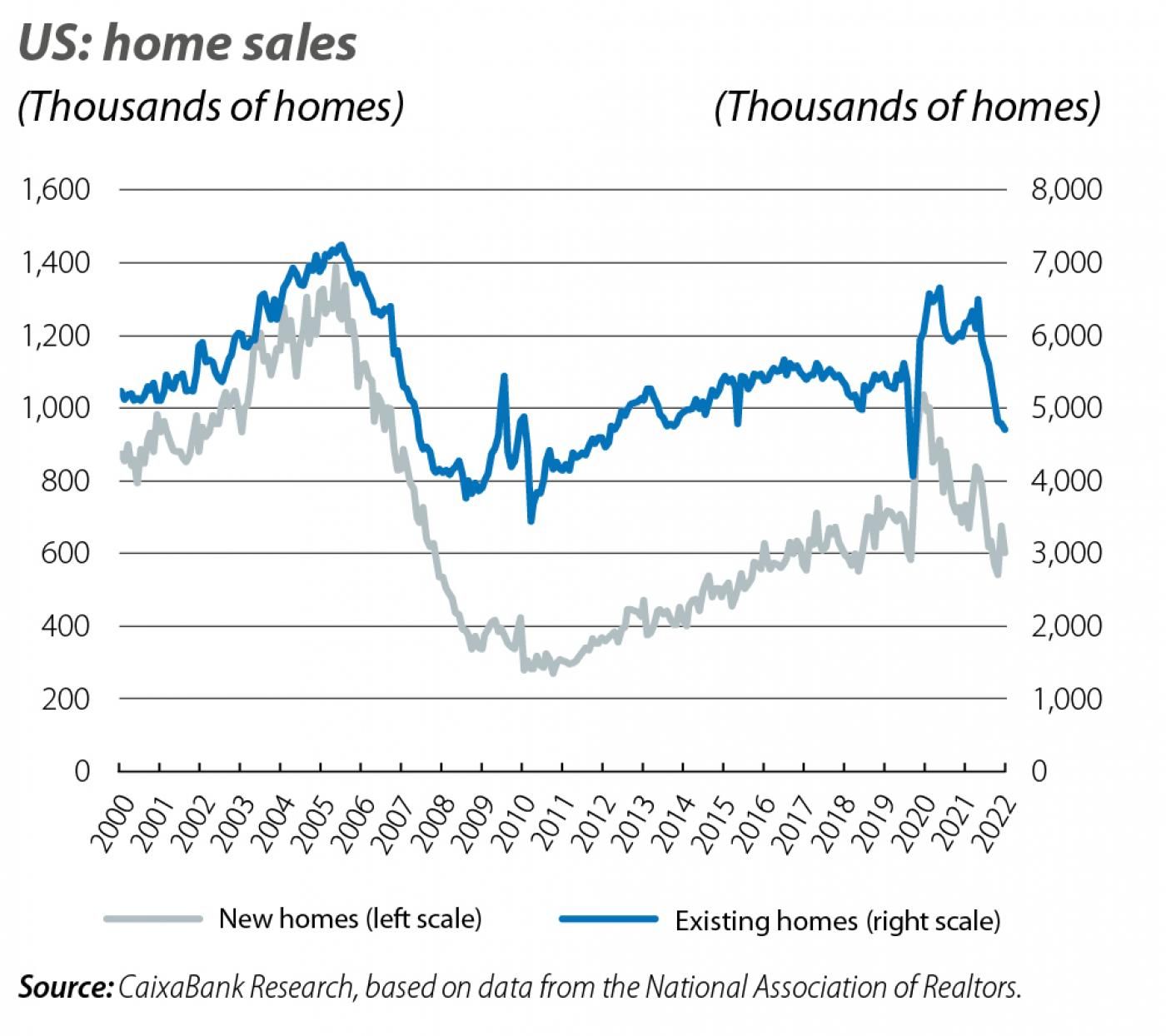 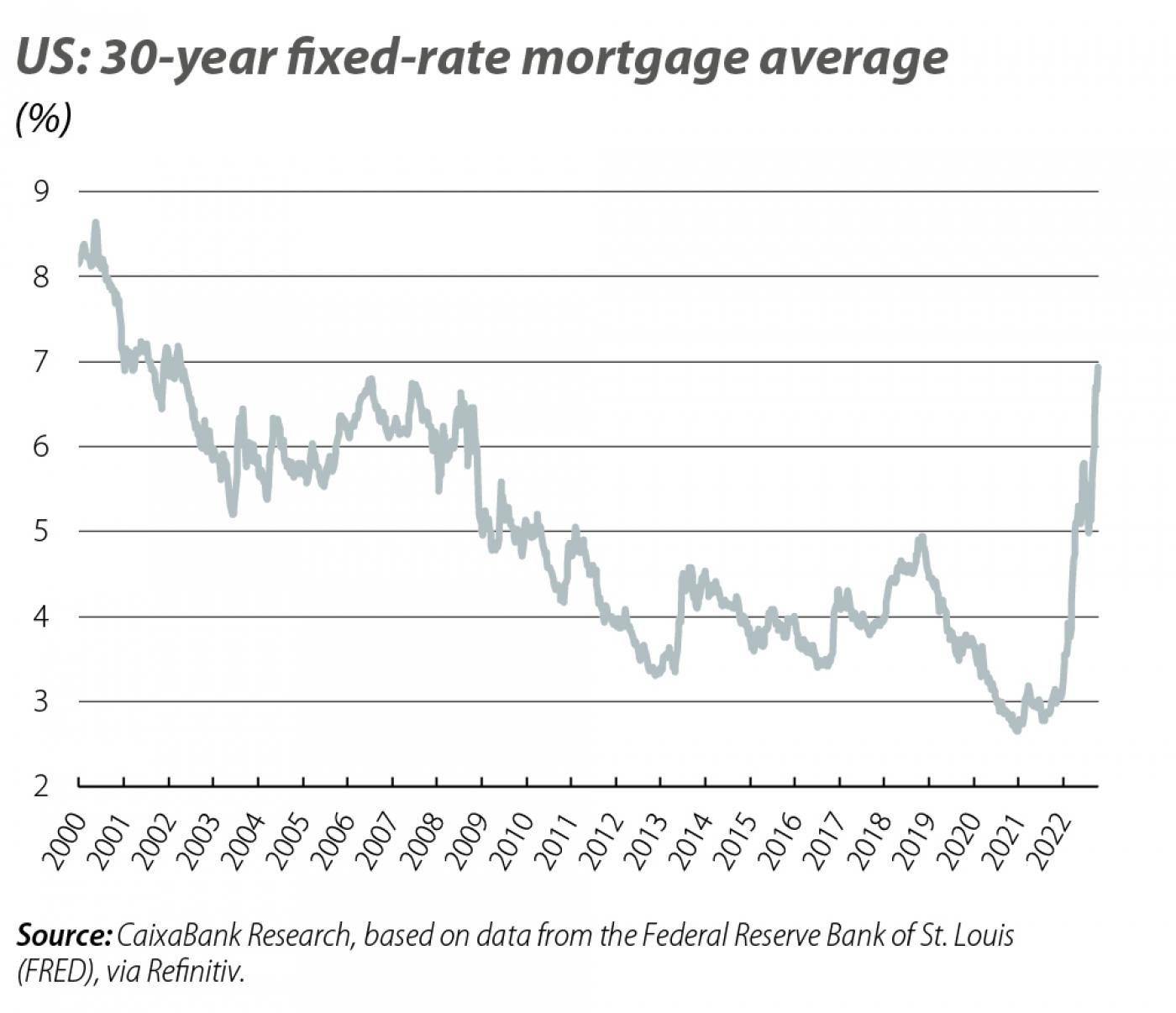 More generally, real residential investment has contracted by more than 10% so far this year. These downward pressures on the real estate sector will persist over the coming quarters and will weigh down economic activity, while also helping to reduce inflationary pressures.

The sharp rise in home prices in recent years has translated into a clear deterioration in many housing affordability indices. If we look at the evolution of the ratio between home prices and household income (a simple and commonly used measure for capturing households’ ability to afford a home), we note that not only is this ratio above the historical average since January 2000, but it also exceeds the levels reached just prior to the global financial crisis (see fourth chart). Similarly, the various models developed by the Dallas Fed, which measure the potential imbalances in real-estate prices in different countries, also place the US market in overheating territory.2 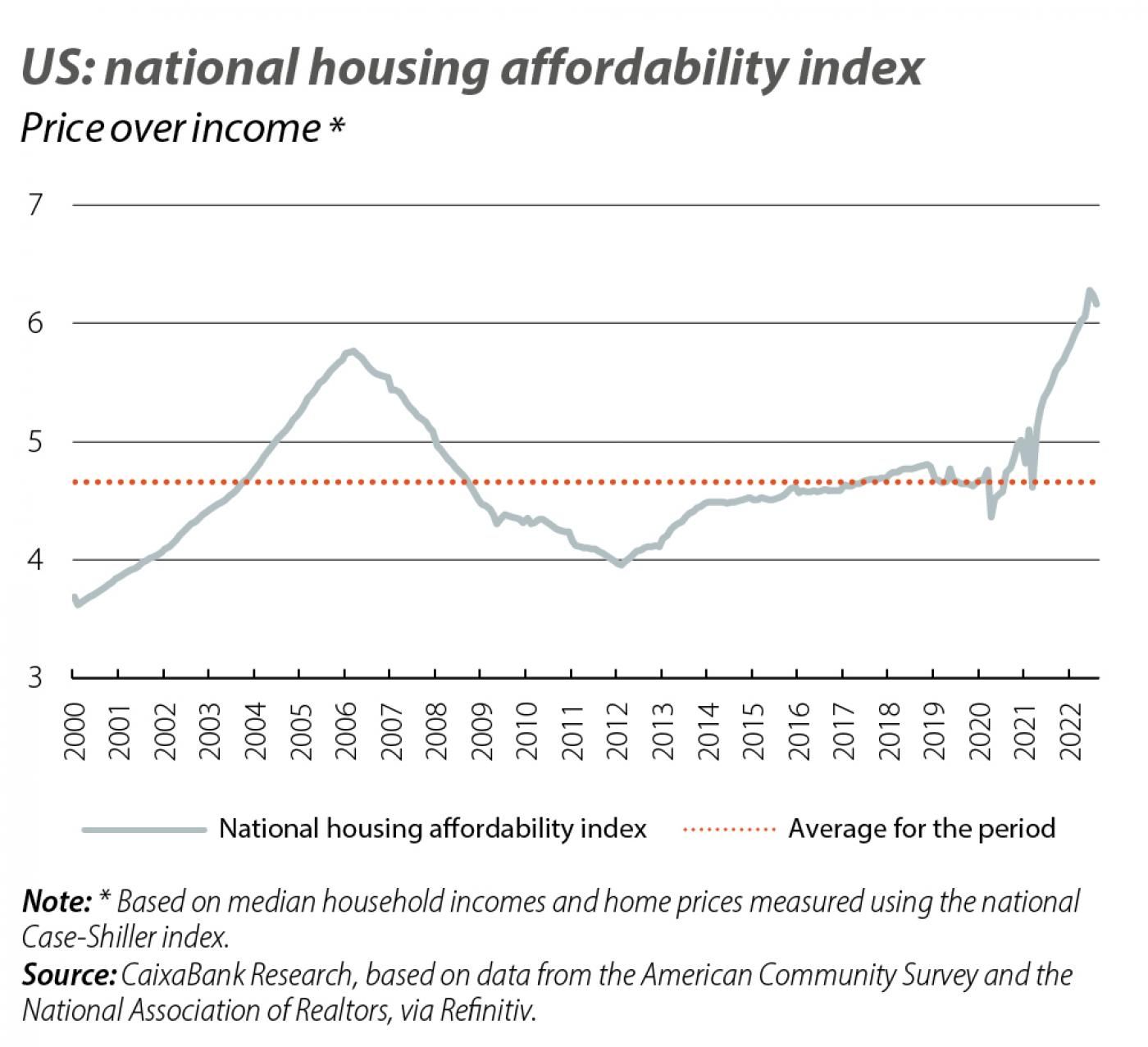 That said, there are some elements that clearly differentiate the current environment from the global financial crisis, suggesting that the risk of an episode of financial feedback like the one which occurred at that time is less likely now. For instance, many of the mortgage owners will not be affected by the recent rate hike, since most buyers have purchased their homes at fixed rates, and in recent years those rates have been very low.3

Secondly, the conditions for granting mortgages have been more stringent than in the past, thereby reducing these financial risks. For instance, the Mortgage Credit Availability Index, which captures the stringency of standards in the granting of mortgages, indicates that mortgage approval criteria are currently sound.4 In the same vein, the Housing Credit Availability Index, which calculates the percentage of mortgaged homes that could go into arrears, is also very low right now.

Finally, another important nuance to bear in mind when considering the current imbalance in prices is the fact that households’ finances are in a healthier position now than they were in 2007, with a debt ratio of around 75% of GDP in mid-2022. This is in line with the levels of 2001 and a far cry from the peaks reached in 2007-2008 (around 100% of GDP). Moreover, the current low level of unemployment, which stood at 3.5% in September (a 50-year low in the series, which had been reached just before the outbreak of the pandemic), is an additional element of strength for households’ current financial situation.

Continuing with the analysis of the various imbalances that could affect the real estate market, we should mention the shortage of housing supply in the country. For illustrative purposes, the number of single-family homes available for sale is at its lowest level in 40 years.5 This shortage goes beyond the construction delays caused by the recent global supply problems, and is partly due to strict zoning policies in the US which favour the construction of single-family homes, as opposed to buildings with more tenants which would allow for greater supply.

As a result, although the growth in home prices will slow (and possibly fall) in the coming quarters, this adjustment will be less pronounced than we might expect in view of the Fed’s rapid and sharp rise in interest rates.