The health situation and the lockdowns made 2020 an annus horribilis for Portugal's tourism sector: total profits generated by tourist accommodation establishments fell by almost 3 billion euros and the total number of guests fell by 61%. The importance of tourism to the Portuguese economy is undeniable and can be corroborated by various parameters. As an example, in the year prior to the pandemic (2019), tourism exports accounted for around 20% of total income in the balance of goods and services. In terms of employment, meanwhile, 2019 closed with more than 330,000 people employed in the accommodation and catering sector, representing around 7% of all jobs.

As an activity that is dependent on the mobility of the population in order to operate, the health situation and the lockdown made 2020 an annus horribilis for the sector: total profits generated by tourist accommodation establishments fell by almost 3 billion euros (see first chart), and the total number of guests, which registered a CAGR1 of 10% in the period between 2013 and 2019, fell by 61% (see second chart). The fall in Q2 2020 was particularly pronounced, at 92% year-on-year, due to the declaration of the first state of emergency and the strict lockdown imposed between 18 March and 3 May. 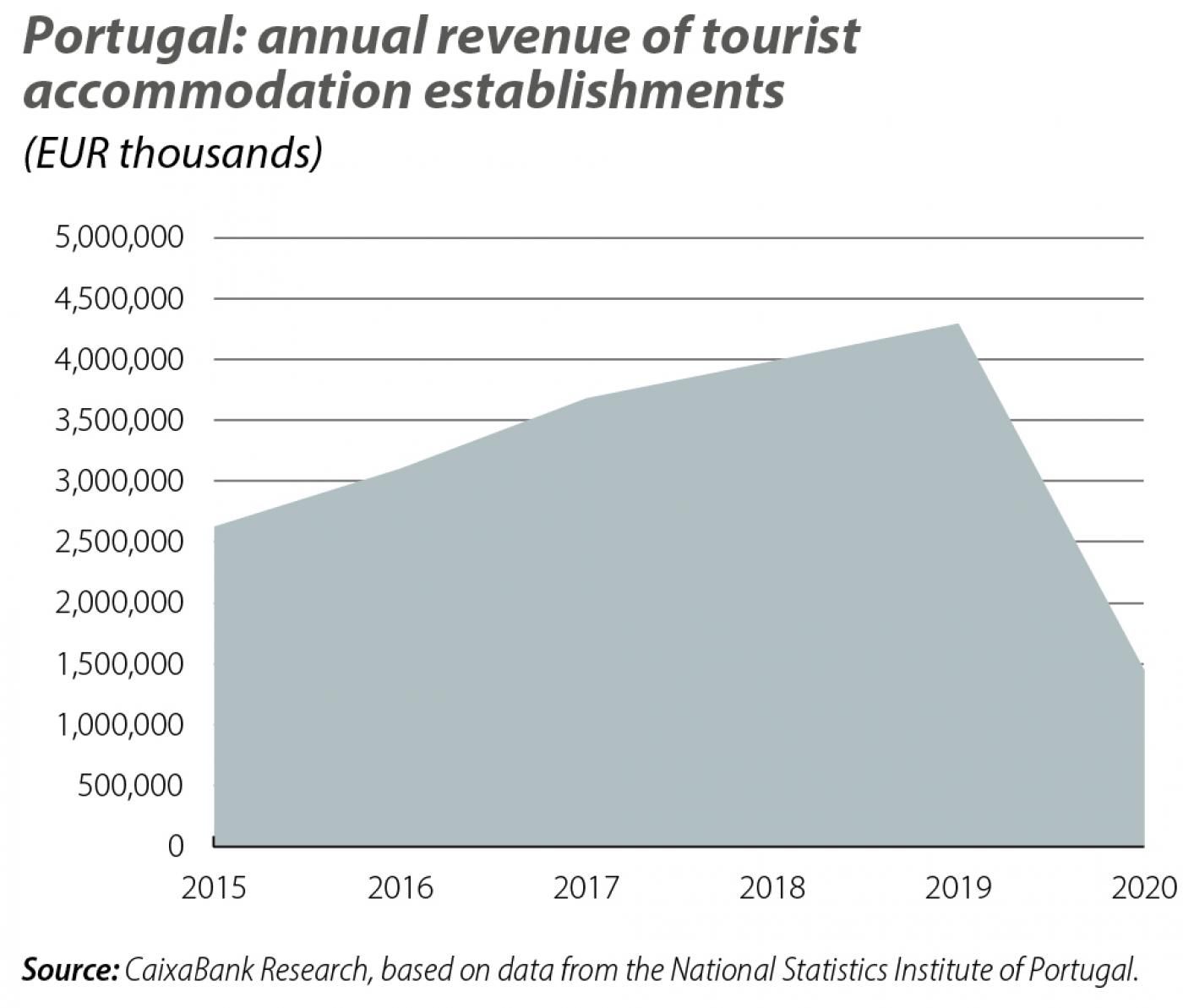 In August 2020, typically the strongest month for national tourism, one in five tourist accommodation establishments were closed or registered no travellers, while the occupancy rate in regions such as the Algarve was only 56%, compared to levels consistently above 80% in the pre-pandemic period.

These falls, although widespread, were not symmetrical if we look at the breakdown by type of tourist: in 2020, the number of resident tourists shrunk by 39% compared to 76% in the case of non-residents. Among non-resident tourists the decline was not uniform either, being more pronounced in long-distance tourism, such as those visiting from the US (–89%), in contrast with nearby markets such as those from Spain (–65%).

What can we say about 2021? With the latest available data released by the National Statistics Institute for August, it is already evident that 2021 marks the beginning of the recovery for the sector. Compared with 2019, the fall in the cumulative number of guests between January and August 2021 (–58%) is already lower than the fall for the same period in 2020 (–61%). Again, the situation is not symmetrical: the cumulative number of resident tourists already exceeds the figures for 2020, which is not the case with non-residents (see third chart). Domestic markets have been the driver for the sector's recovery in many countries, and in China and Russia the occupied capacity for domestic flights exceeded pre-crisis levels.2 In what is the «golden» month for tourism in Portugal (August), the slogan encouraging residents to «take a staycation» was never so appropriate as in 2021, with a record 4.2 million overnight stays by residents. This is 22% more than the number of overnight stays registered in August 2019, the previous all-time peak. All regions, with the exception of the Lisbon metropolitan area, registered a higher number of overnight stays by residents in August 2021 compared to the same month of 2019. However, the regions of Madeira and the Azores stand out, registering 62% and 40% more overnight stays by residents than in August 2019, respectively. Also, the number of overnight stays for domestic tourists in July had already exceeded those of the same month of 2019 by 6%. If domestic tourism seems to be on a consolidated path of recovery, what can we expect from non-resident tourism? The survey conducted by the WTO3 in September on a panel of experts clearly highlights rapid and widespread vaccination against COVID-19 as the main factor that can contribute to the recovery of international tourism (see fourth chart). In this respect, Portugal has stood out as one of the countries with the highest percentage of the population vaccinated in the world. It should be recalled that the «Safety & Security» dimension associated with tourism in Portugal is one of its main competitive advantages4 and this dimension is clearly reinforced by the successful vaccination campaign. In the WTO survey, the lifting of travel restrictions is noted as the second most important factor for the revival of international tourism. In fact, the recovery of the aviation sector and the reopening of routes is crucial, and historically we see a strong correlation between flights at national airports and the number of international tourists. Based on this relationship, we have forecasted how non-resident tourism could evolve up until the end of 2021. With the tourism data known up to August and flight data up to September (see fifth chart), we expect Q3 2021 to close with still around –60% the number of foreign tourists compared to 2019, with the gap narrowing to –41% in Q4 2021. Also bearing in mind that EU tourists accounted for around half of Portuguese international tourism prior to the pandemic, the adoption of the COVID digital certificate in the EU represents an important catalyst for free movement and the sector's revival. However, for long-distance tourists the figures remain at very low levels. In Q2 2021, tourists from China and the US (more than 1.5 million in the year prior to the pandemic) were still 98% and 94% below the figures for the same quarter or 2019, respectively. As already stated, the falls were asymmetric and the sector’s recovery is also uneven depending on the type of tourist and in what part of the world the country of origin lies. 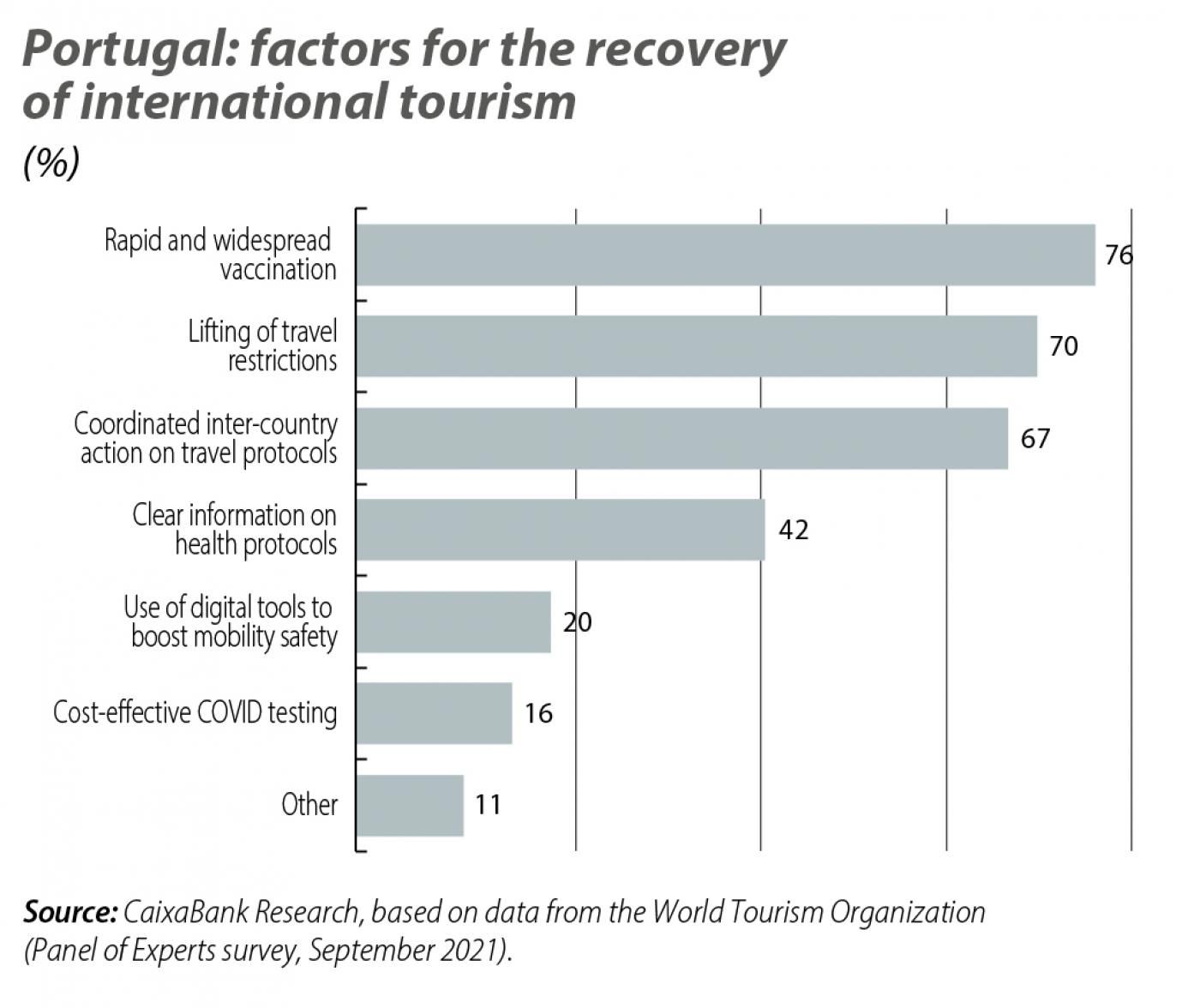 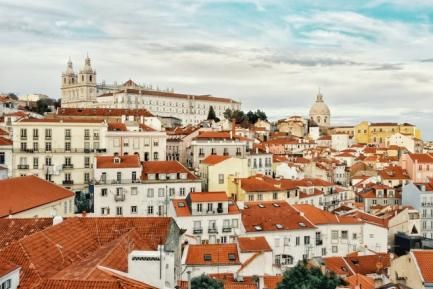 Housing credit in Portugal: from the pandemic, to regulation and rate hikes