The Spanish economy grew by 5.0% in 2021, a large figure by historical standards but slightly below expectations, considering that GDP growth rates closer to 6.0% had been forecast at the beginning of the year. Several factors, both internal and external, have moderated the strength of this economic recovery. Among the internal factors is the somewhat slower than expected implementation of the NGEU programme, leading to a modest recovery in investment. External factors include higher energy costs and problems in global supply chains, both of which have been considerably aggravated by the war in Ukraine. 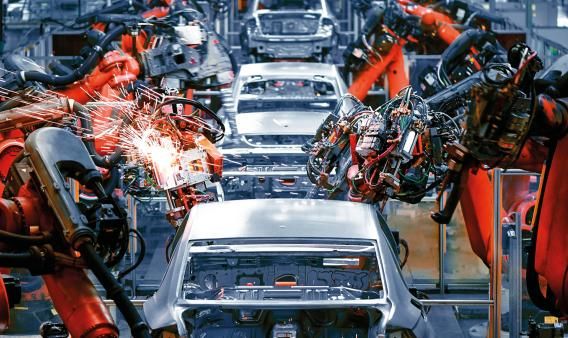 Within this general context of gradual recovery throughout 2021, the manufacturing sector has maintained a trend very similar to that of the economy as a whole: manufacturing GVA grew by 6% in 2021 (above the average for the economy), a high figure although not enough to offset the sharp drop posted in 2020 (–12.1%). The quarterly change in GVA shows that the sector’s recovery came to a halt in the first half of last year (down by 3.5%), impacted by three factors: (i) rising commodity prices, (ii) higher energy bills and, above all, (iii) problems in supply chains.

The overall picture for 2021 provided by all available activity indicators for the sector was positive: production grew by slightly more than 8%, employment increased by 1.3%, turnover was up by 16% (cumulative up to November) and exports rose by nearly 20%. However, this improvement in 2021 once again proved insufficient, as only turnover and exports are clearly above their pre-pandemic records (see the chart below), albeit largely thanks to a «price effect».

Real GDP vs. GVA of the manufacturing sector

Rising commodity prices are putting pressure on the industry

The strong upturn in the global cycle during the first half of 2021 and the relative weakness of the dollar, in addition to the effect of supply problems, led to a generalised rise in commodity prices, particularly industrial metals and energy materials, which are more closely linked to the global economic cycle.

The outbreak of the war in Ukraine has caused both metals and energy commodities to resume their upward trend, as Russia is a dominant producer and exporter of oil (it is the world’s second largest producer) and natural gas (it supplies 40% of the gas consumed by the EU).2 It is also a major producer of key metals for the manufacturing industry, such as aluminium (it exports just over 10% of the world’s total) and nickel (28%), whose price rocketed by 200% in the weeks following the outbreak of the conflict. These metals are highly versatile and used as inputs in a wide range of industries. As a result, the sharp increase in their price will substantially push up production costs for the manufacturing industry.

The European Commission’s latest quarterly survey of the industrial sector points to shortages in materials and equipment as the main problem for production in recent months. In fact, up to 25% of Spanish industrial companies mention that one factor limiting their production capacity is the shortage of materials, when usually only between 2% and 9% of companies report problems of this type.3 Nevertheless, although the volume of companies facing material shortages in Spain is high, in other neighbouring countries the problems are even worse. Specifically, 54% of industrial companies in the euro area have reported this kind of difficulty, with this figure soaring to 89% in Germany.

The automotive industry stands out particularly among the industrial companies that are suffering the most from material shortages, due to long delays in the shipment of metal parts and shortages of semiconductors. In Spain, 65% of automotive companies reported shortage problems and the trend in recent months does not seem to suggest these are abating (three months ago the figure was 55%). While the automotive is suffering the most from global bottlenecks, there are many other industries that are also encountering shortages, as shown in the table below.

Manufacturing companies reporting that shortages in materials are limiting their production 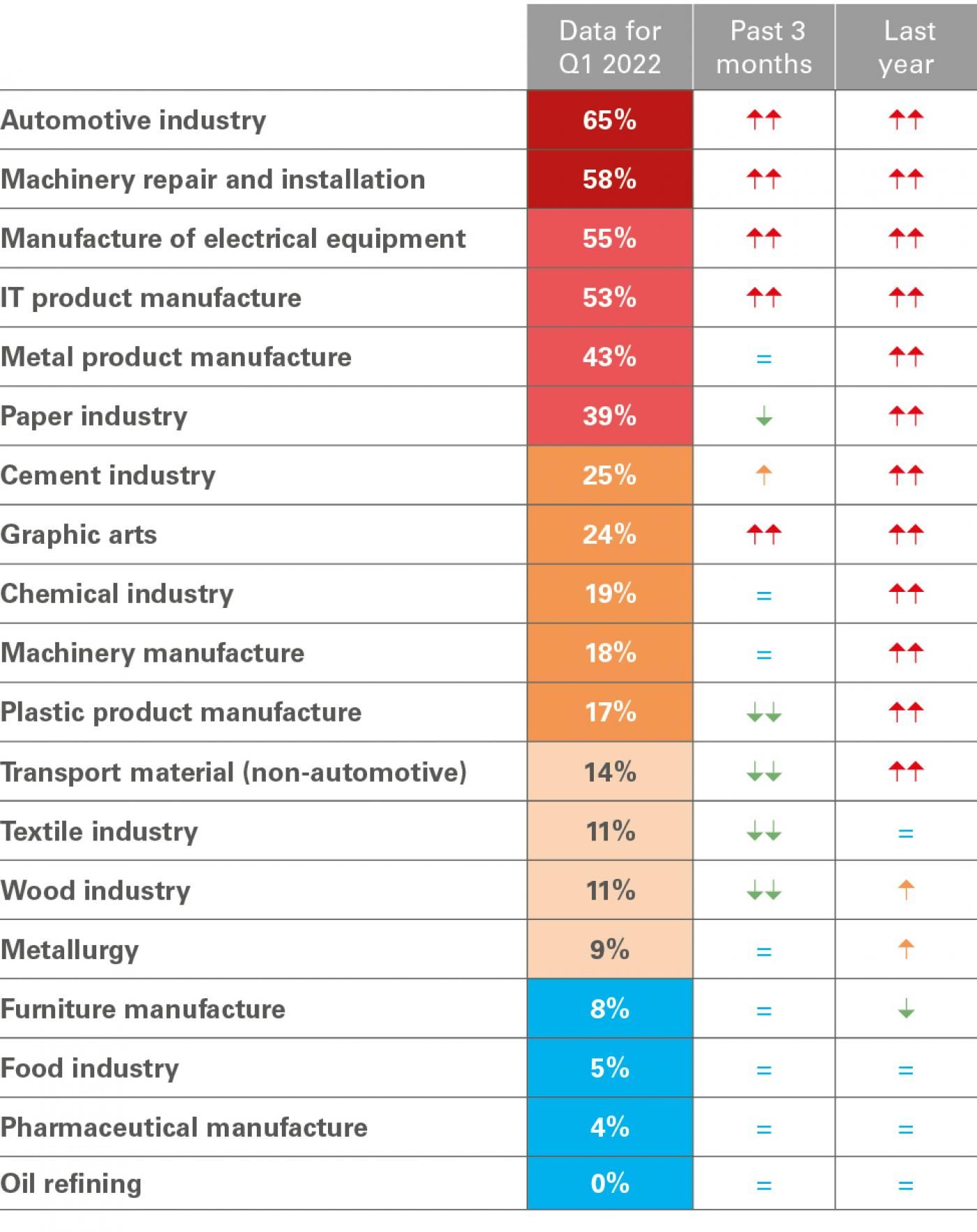 What has been the relative performance of the different manufacturing sectors?

Given that manufacturing is made up of very different sub-sectors, the rise in commodity prices and the bottlenecks occurring throughout 2021 have affected the various industrial activities very differently. In an attempt to understand these differences, and to determine the position and trend in each sub-sector, we have used the industrial production indicator, which reflects the real activity of each industry without taking into account the significant price effect observed in turnover and exports as a result of the industrial price rises created by the bottlenecks themselves and higher energy prices. 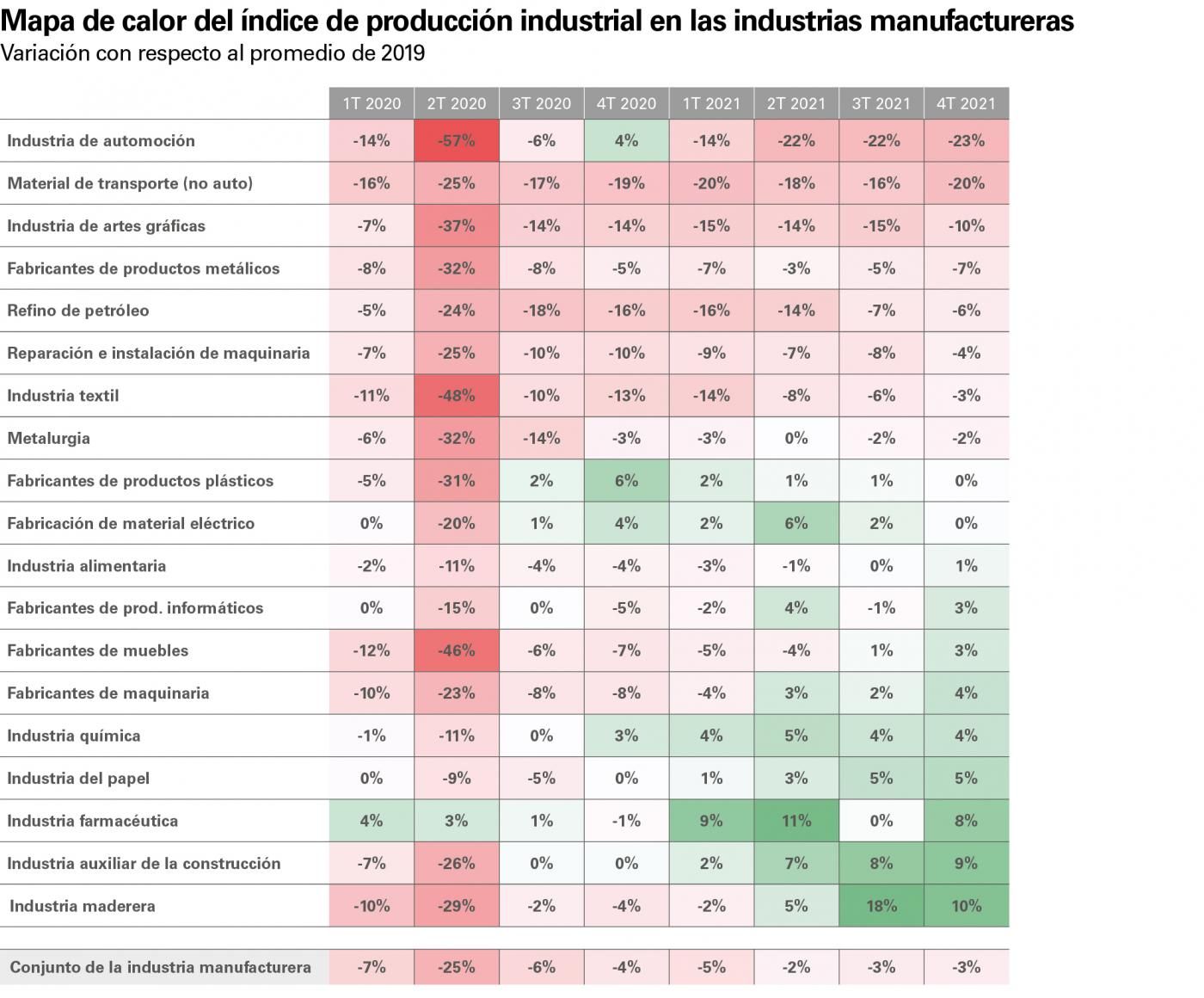 Source: CaixaBank Research, based on data from the National Statistics Institute.
The automotive industry is the most affected by supply chain problems

The deterioration observed in the manufacturing industry throughout 2021 was clearly concentrated in the automotive industry, as can be seen in the table above, which also shows a significant gap with respect to the pre-COVID level (–23% in Q4 2021) that has been widening over the months.

In fact, the automotive industry has had to tackle a series of obstacles in recent years. On the one hand, it has been immersed in changing its business and production model since the dieselgate controversy in 2015 and growing environmental awareness on the part of consumers and regulators. On the other hand, the pandemic has increased working from home and reduced the amount people travel, lessening the need to renew vehicles. Moreover, continuing regulatory uncertainty and doubts regarding where the industry is headed are making potential car buyers hesitant about what kind of vehicle is best to buy at present. And, in addition to all these hurdles, there are now problems in the supply of certain components, especially due to the shortage of semiconductors, crucial in the automotive industry for its new models. This ended up delaying production at certain points in 2021.

Production in the manufacturing sector

Activity indicators for the automotive sector

Other branches of the manufacturing industry have also posted relatively weak figures in recent months. A case in point is metal product manufacture (CNAE 25), whose production is still 7% below pre-COVID levels despite its strong relationship with the construction sector, probably weighed down by more expensive industrial metals (accounting for 36% of its cost structure). Nor have the following branches regained their pre-pandemic levels of activity: metallurgy (also affected by rising costs), textiles (hit by a weaker than expected recovery in consumption), oil refining (demand is not picking up as quickly due to the sharp increase in prices)4 or graphic arts (affected by higher paper prices and less demand from advertising).

At the opposite end of the spectrum are a number of sectors that have recovered their pre-crisis levels, helping to offset some of the weakness seen in the aforementioned branches. Some positive examples are the food industry (driven by a change in habits as a result of the pandemic), the auxiliary sector to construction (producers of cement and other non-metallic minerals) and chemicals (closely linked to the pharmaceutical and food industries), among others. Generally speaking, these industries have been supported by the upturn in the cycle and by the characteristics of the post-confinement scenario of recent months, but they are also notable for being somewhat less affected by supply chain problems.

What can we expect for the manufacturing industry in 2022?

How manufacturing will fare over the course of this year is highly uncertain as the outbreak of the conflict in Ukraine has added to the problems of rising energy bills, increasing the sector’s costs and potentially becoming a factor that hinders global supply chains.5 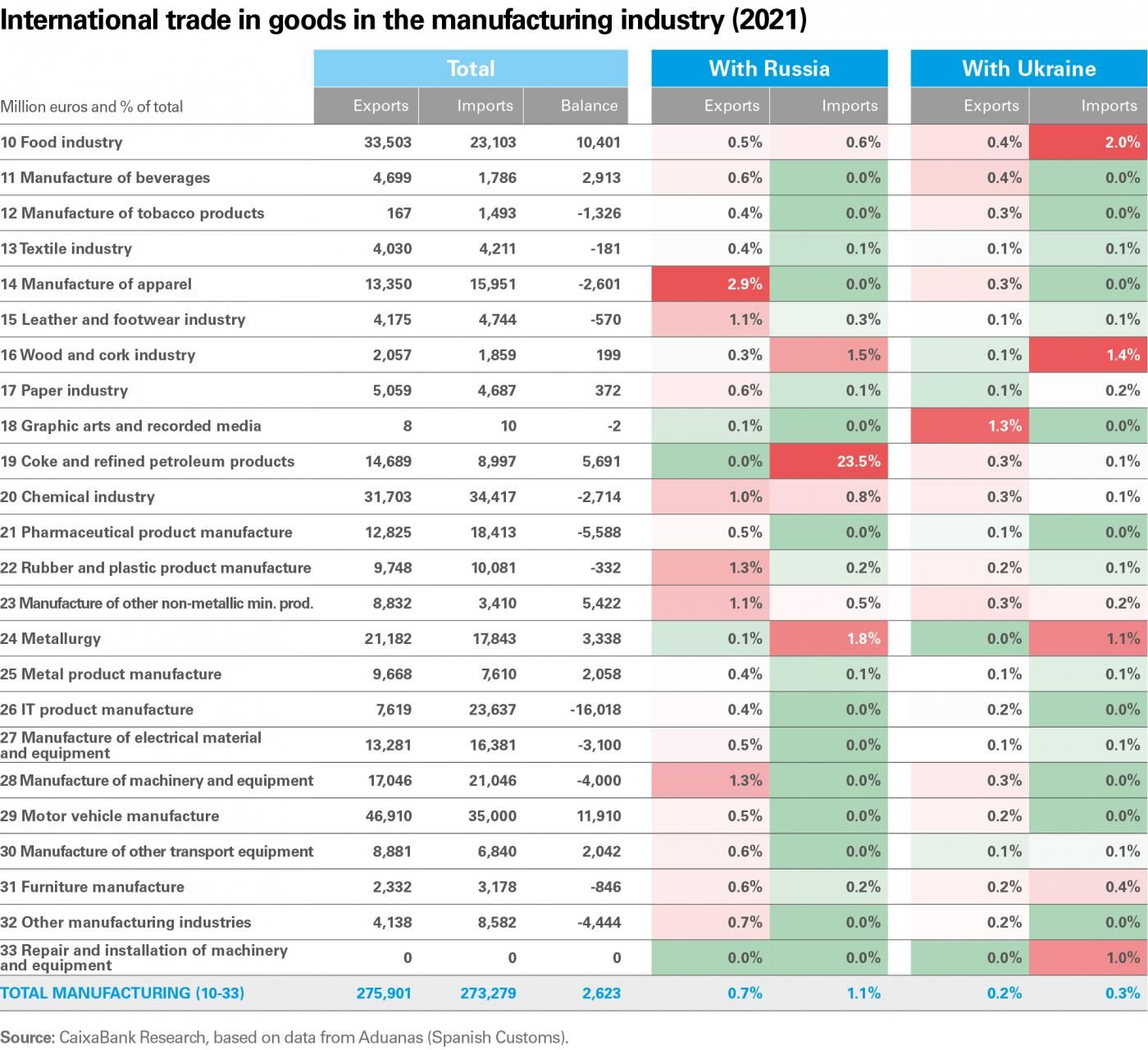 Russia is the world’s second largest oil producer (responsible for 12.5% of global exports) and one of the main producers of natural gas (6% of the total), commodities whose price has soared due to the outbreak of the conflict. It is also a major exporter of aluminium and especially nickel. Spanish industry is not a major exporter to either of the two countries involved in the conflict but imports are relevant for the refining industry, some mining industries, metallurgy and food (Ukraine and Russia account for 30% of wheat exports).

In addition to direct trade relations with Russia and Ukraine, Russia’s prominent role in the markets for energy and metal commodities is putting significant pressure on prices that will substantially affect the cost structures of some of Spain’s manufacturing industries. The industries most exposed to this shock will be pressurised to pass it on to their sale prices, resulting in less dynamic demand. According to our calculations, exposure to metal input prices is considerably greater than exposure to energy prices in the average manufacturing industry although, as can be seen in the following chart, a substantial number of industrial sub-sectors are notably exposed to both.

Share of energy consumption and expenditure on metal inputs

% of production at basic prices for each industry

Consumption of metals and metal products

In short, all the evidence suggests that industry will continue to be severely affected this year by the rising cost of several of its key production factors and the uncertainty caused by the conflict in Ukraine. However, it should also be noted that the sector will continue to enjoy relatively dynamic demand thanks to the recovery in demand for final goods and the efforts made to replenish inventories, as has already been observed in recent months. The easing of the health crisis and reactivation of NGEU-related projects will also partly offset external burdens and help to lay more solid foundations for long-term growth.6