Economic synchronisation in a common economic and monetary area

In 2008, to celebrate the tenth anniversary of the birth of the euro, the European Commission published an extensive document discussing the experience of Economic and Monetary Union.1 Although this document covered both successful and less successful areas, the following conclusion was drawn: «Ten years into its existence, the euro is a resounding success». Nine year’s after this document’s publication, and having gone through a global economic crisis, few would be willing to support such a view. This change in perception is related to those problems already flagged up in the debate prior to the euro’s creation. This article focuses on the dangers that emanate from a lack of business cycle synchronisation among euro area countries. We will review the reasons why this should be the case, assess the degree of economic synchronisation between the different member states and discussing some factors that limit its degree.

The debate prior to setting up the euro revolved around the concept of the «optimum currency area». This concept, largely originating from work by the winner of the Nobel Prize for Economics, Robert Mundell, establishes that countries sharing a common currency should have a synchronised economic cycle. To avoid confusion, whenever we talk about synchronisation of the economic cycle in this article, we mean that a group of countries goes through expansionary and recessionary phases of the cycle simultaneously and that the economic shocks affect members of the group in a similar way. When a group of countries establishes a common currency area, by definition each country gives up sovereignty over its monetary policy and exchange rate, thereby losing two valuable tools to stabilize the economic cycle. The loss of these tools does not lead to tension provided all the countries experience a synchronised cycle of similar intensity since the policy implemented by the central monetary authority will be suitable for all member states. However, if the cycles are not synchronised or differ in their intensity, the absence of such tools could be problematic.

The extent of the recession varied greatly across different euro area countries because of several factors. As mentioned in the other two articles in this Dossier, this was partly due to the euro area’s institutional architecture not being ready to tackle such huge shocks. Another difference between the US and the euro area is the degree of integration of their respective markets. This is important because the greater the market integration, the greater the synchronisation. The enclosed chart shows three indicators: commercial integration, population mobility and price spread. In a highly integrated market, we would expect member states to trade a lot with each other, for there to be a lot of people living in states other than where they were born, and for the prices of goods and services to be relatively similar. As can be seen in the chart, the euro area compares very badly with the US in such aspects.

If the four principles underpinning the single market are the free circulation of people, goods, services and capital, why is the euro area market so fragmented? Fragmentation is largely due to the very nature of the euro area itself. The single market is made up of countries with very different languages, cultures and laws. This heterogeneity may create a rich, diverse continent but it also limits the capacity of euro area countries to integrate if the right measures are not taken.

Since the single market was set up with the signing of the Single European Act in 1987, considerable progress has been made in its composition. But a greater degree of integration is possible. For instance, to increase the mobility of people, a fast system could be put in place to approve academic and professional qualifications. More guarantees could be implemented to be able to transfer pension plans or medical insurance between member states. In the products market, the circulation of goods and services throughout Europe would be boosted by reforms harmonising regulations and technical specifications. The unification of administrative procedures and legal requirements to do business in each euro area country would also encourage more circulation. A greater degree of interconnectivity in sectors such as energy, and creating a single regulator, would also increase economic efficiency and reduce price differences between member states. Finally, in terms of the circulation of capital, the euro area’s banking sector is still highly fragmented in spite of the progress made through banking union. Measures that would help to improve integration in this area include the harmonisation of insolvency procedures, getting rid of the supervisory discretions that still exist between countries as well as unifying criteria (for example, how non performing loans are defined). In addition, the Single Resolution Fund should be given the appropriate amount of funding to be able to act as a fiscal backstop, and a European deposit guarantee scheme needs to be set up to increase the mutualisation of risk across countries. A lot remains to be done.

2. See the article by the European Commission (2008) for a more detailed explanation of the problems related to each measure.

3. The countries included within the euro area are: Germany, Austria, Belgium, Spain, Finland, France, Greece, Netherlands, Ireland, Italy and Portugal. The US regions are: New England, Mideast, Great Lakes, Plains, Southeast, Southwest, Rocky Mountains and Far West. These eight regions cover the whole of the US.

4. The alternative indicators mentioned previously would have also suggested a good degree of synchronisation before the crisis. 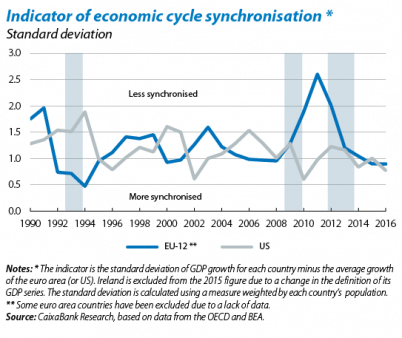 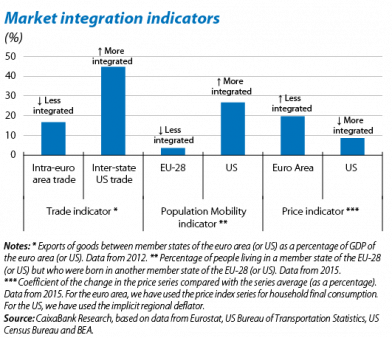 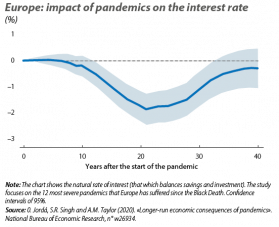