Global expansion continues in the second half of 2017

World economic activity indicators remain positive at the end of Q3. In September, the composite business sentiment index (PMI), which includes manufacturing and services, stood at 54 points for the global aggregate for the second consecutive month, its best figure since March 2015. This positive economic trend is supported by an overall improvement in both advanced and emerging economies. The trend endorses CaixaBank Research’s scenario, which predicts a moderate acceleration in world growth of 3.6% in 2017 and 3.7% in 2018 (3.2% in 2016). This positive scenario is the result of several factors. The continuation of accommodative monetary policies is one. Another is the gradual recovery in oil prices to levels that help exporting countries without hitting importing countries too hard. It is also supported by the effect of consumer and business confidence on consumption and investment.

Nevertheless, there are still some sources of uncertainty. Overall, global risk is still slightly tilted to the downside, due mainly to the uncertainty caused by political elements and protectionist stances. On the political front, the far right has obtained a good score in the legislative Austrian elections, while the tycoon Andrej Babis, a candidate with populist leanings, has won the Czech elections. Regarding trade policy, negotiations to redesign NAFTA have entered more delicate terrain. Sensitive issues are now being discussed, such as the possible introduction of import duties on vehicles and the US proposal to include a «sunset clause», wich would make the NAFTA expire every five years unless the three countries involved (US, Canada and Mexico) ready an agreement in this time span. Although we believe negotiations will ultimately take a constructive stance, developments over the coming months will have to be monitored very closely.

The IMF improves its forecasts but remains cautious. In its World Economic Outlook published in October, the Fund revised upward its forecasts for the euro area and, to a lesser extent, for the US. For the emerging economies, the IMF has improved its outlook for Russia and Brazil and slightly for China while downgrading the outlook for India. On the whole, the IMF’s view of the macroeconomic situation is similar to that of CaixaBank Research. The IMF has also underlined that this positive point in the global economic cycle provides propitious window of opportunity to ensure growth lasts. The Fund has stressed that it is vital to pursue structural reforms accompanied by growth-oriented fiscal policies to increase the productivity and potential growth of the major economies.

US GDP is surprisingly high in Q3. Hurricanes Harvey and Irma have not affected the US economy. In fact, it outperformed analysts’ forecasts by posting 0.7% growth quarter-on-quarter (2.3% year-on-year) in Q3 2017. This good figure, just 0.1 pp less than in Q2, was partly due to the considerable contribution made by inventories and by fewer imports. The good performance by these two components has offset the slight slowdown in private consumption and non-residential investment, although these indicators still saw appreciable growth.

Ups and downs in the labour market. Job creation dipped slightly in September with the loss of 33,000 jobs, the first negative figure since September 2010. Nevertheless, this is a temporary setback due to the disruption caused by hurricanes Harvey and Irma, which made it impossible for many Americans to work. The labour market should therefore pick up strongly again over the coming months and get back to the previous monthly job creation rates. Fortunately, there was also some good news: the unemployment rate fell by 0.2 pp to 4.2% and wages rose by 2.9% year-on-year, 0.4 pp more than August’s figure. This wage rise is notable after the surprisingly modest increases posted in previous months in an economy so close to full employment. Average wage increases were 2.5% in the previous months while in pre-crisis years the strong labour market produced rises in excess of 3%. We will therefore have to monitor this good figure closely to see just how close the US economy has come to full employment and full utilisation of its labour force (known as «economic slack»).

Inflation: revised upwards. Inflation reached 2.2% year-on-year, 0.3 pp up from the previous month, supported by a post-hurricane increase in the energy component. Due to this figure, we have carried out a technical revision of our inflation forecast for 2017 of 0.2 pp (2.1%) and of 0.1 pp in 2018 (2.3%). Core inflation is still anchored at 1.7%. Nevertheless, this should recover gradually over the next few months as idiosyncratic factors, such as the current decline in wireless telephone services, diminish and wages the expected to rise as the economic slack disappears.

Shinzo Abe wins a big majority in Japan’s snap elections. His party, the Democratic Liberal Party (DLP), and his ally, the Buddhist party, Komeito, won over two thirds of the seats in the Lower Chamber against a fragmented opposition, a similar majority which they already held. This undeniable victory will allow Abe to implement his agenda more easily as it is expected to take advantage of this majority to increase on education spending in order to improve the country’s poor productivity and to carry out an unpopular hike in consumption tax. His two-thirds majority is also enough to reform the Constitution, which could lead to the Japanese armed forces playing a more active role in the future.

The country continues to post positive economic figures. Japan’s business sentiment indicators are still rising. In particular, the Tankan index for large manufacturers rose to its highest level since 2007 in Q3. We can therefore be reasonably optimistic about the GDP figure in Q3, whose first estimate will be published mid-November.

China: an intense month, both in economic and political terms. Regarding the economy, China’s GDP grew by a notable 6.8% year-on-year in Q3, 0.1 pp lower than the figure for the first two quarters. This growth was supported by economic stimulus policies, including an increase in public infrastructure investment. Nevertheless, September’s economic activity data, published together with GDP, were positive, in line with the good growth figures. In the political arena, the National Congress of the Communist Party of China reinforced Xi Jinping’s leadership, who will embark on his second (and theoretically last) five-year mandate as China’s leader with the Party’s extensive backing. All the evidence suggests that China’s government will not alter its economic policy to any great extent, at least in the near future. The country’s economic the balancing is therefore expected to continue its gradual transition. The main doubt is whether the Chinese President, now with greater room to manoeuvre, will decide to implement more reforms to reduce the country’s high debt.

The Mexican economy falters in Q3. GDP fell by 0.2% quarter-on-quarter (+1.6% year-on-year), slightly lower figures than those posed in Q2 (0.6% and 1.9%, respectively). This is probably a temporary dip, however, resulting mostly from the negative effect of the oil production stoppage caused by hurricane Harvey (September’s production was the lowest since 1980) and, to a lesser degree, the impact of two earthquakes in September. Reconstruction work is likely to boost growth in Q4. 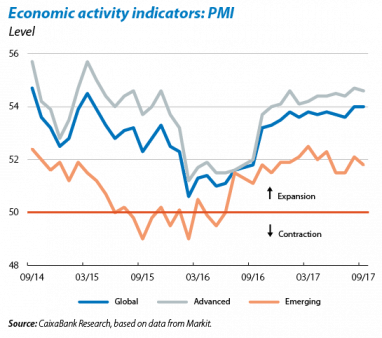 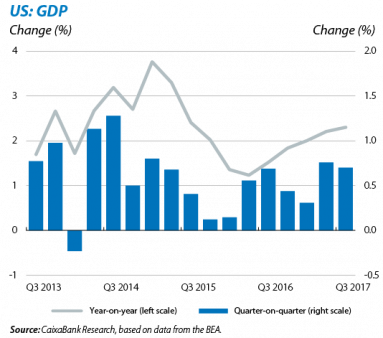 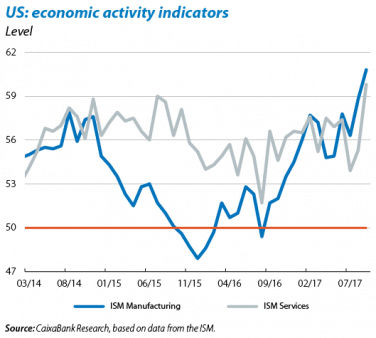 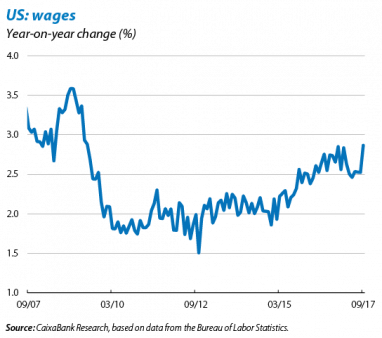 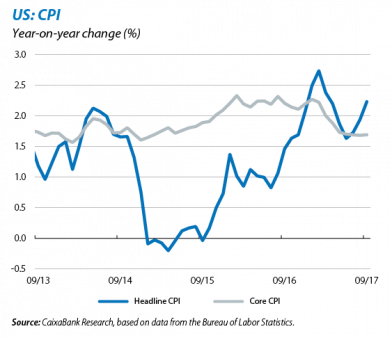 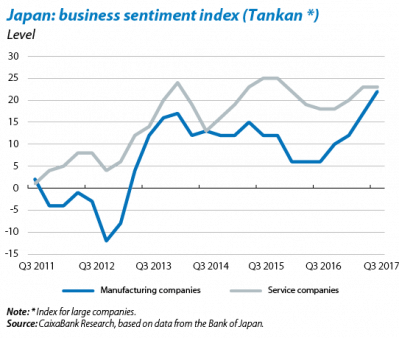 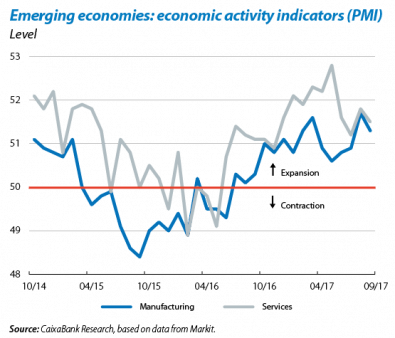 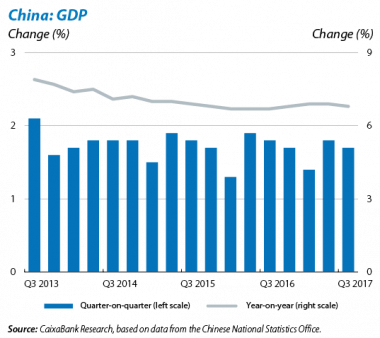 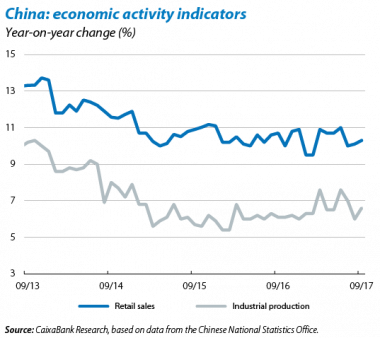