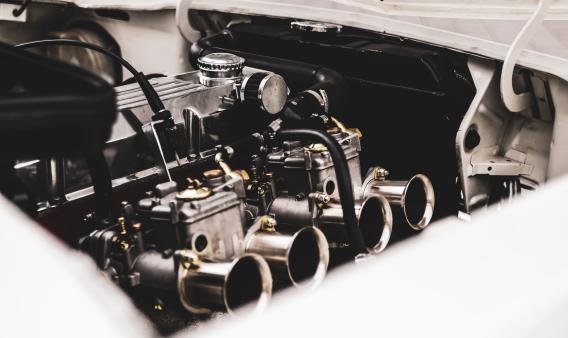 Now that the economy has started to slow down, wondering about the state of its engine is inevitable. As we have pointed out in these pages on several occasions, there is no reason to panic. It does not appear that we are on the brink of a recession. The engine is still working, but it is becoming apparent that it is losing power. As a result, the pace at which it will be able to drive economic activity will be more moderate, at around 1.5% per year, unless we take it in for a service.

The need for a visit to the mechanic is not unique to Spain. All the indicators suggest that, over the next few years, the speed at which the developed bloc of countries will grow will also be around 1.5%. The decline with respect to the figures of previous expansionary cycles is clear. For instance, between 2000 and 2007, developed countries grew at an average rate of 2.7%, while the Spanish economy did so at a much higher rate (3.7%).

Certainly, if we take a broad perspective, Spain’s economic trajectory has been very good. GDP per capita, which best captures the underlying trend in the economy since it is not influenced by the demographic factor, has doubled in the past four decades. This is a feat that few countries have achieved. Some of those that have include the United Kingdom, the US and Portugal, all with similar figures to those of the Spanish economy. In contrast, the great European powers, such as Germany, France and Italy, trail far behind. For example, Italy’s GDP per capita has grown by less than half the rate of Spain’s since 1980.

This has enabled Spain to narrow the gap with the leading European countries. Nevertheless, it should be noted that the bulk of this growth took place during the 1980s and 1990s. Whereas in 1980 Spain’s GDP per capita was 30% lower than that of Germany, by the end of the 1990s it was just 20% lower. In contrast, in the last 20 years the gap has stopped getting narrower and has even widened slightly.

This largely reflects poor productivity growth over the past two decades. Whether we look at the growth of apparent labour productivity, which simply measures GDP per hour worked, or total factor productivity, which corrects for the increase in the stock of physical and human capital, both exhibit a less dynamic pattern than most advanced countries. It is a picture that hardly invites optimism.

At this juncture, it is essential to have a list of reforms to try to improve the situation. Usually, we emphasise the need to improve the availability and quality of education, we try to highlight the alternatives available to reduce the dysfunctions that still persist in the labour market or we underline the importance of eliminating regulations that penalise business growth. The list is well known and has been repeated in more or less depth by economists of all political colours. There are many areas in which there is a broad consensus in the profession, and reforms of this type are not at odds with achieving a more inclusive growth path. Quite the contrary: it is easier to strengthen social cohesion in a context of productivity growth.

So, why do we remain immobile? This, without doubt, is the million dollar question. In part, confidence in the profession – that of economists – was eroded during the financial crisis. We must now be more cautious and justify our recommendations very well. The high degree of uncertainty surrounding the rapid pace of technological change does not help much either. However, to a large extent, the inaction is due to the social and political polarisation in which many developed countries are currently immersed, as this makes it difficult to generate broad social consensus, something so necessary in times like the present. We have to be patient and insist on the need for and the capacity to deliver ambitious reforms: sooner rather than later, we will end up making necessity a virtue.