The soul of companies

In the classrooms of most business schools students learn that companies must aim to maximise value for their shareholders. In practice this has generally been interpreted as maximising the share price. However, taking decisions based purely on the value of shares may result in a short-sighted view that can damage the company's long-term viability and ultimately harm the interests of the shareholders themselves. In order to avoid such an approach, companies can adopt corporate governance mechanisms that protect the interests of all those affected and/or related to the company, i.e. its stakeholders. This articles analyses the concept of maximising value for shareholders and its limits and then looks at some alternative proposals that promote the generation of long-term value for all stakeholders.

According to neo-classical economic theory, the aim of a company is to maximise profit. In an efficient market, with perfect competition and complete information, the share price is the best estimate of a company's worth since it corresponds to the present value of the profits expected in the future. As the company's owners, shareholders are concerned about getting maximum return from their investment and, consequently, the decisions to be taken by the company can be summed up very simply: it must accept all those projects that increase the share value and reject all those that reduce it.

In practice, given that large listed firms have a highly disperse ownership structure, each individual shareholder has little incentive to exercise control over the company's management. Given this situation, market discipline plays a key role in controlling how companies are managed. On the one hand, on an individual basis, shareholders can opt to sell their shares on the market (called the Wall Street walk). On the other hand, from the overall view of the company, the market for corporate control allows that another firm may take advantage of the opportunity to take over the management at a low price, known as a hostile tender offer or takeover. In any case, for such external control mechanisms to work, it is vital for the stock market to be extensive, agile and highly liquid, for the share price to broadly reflect the company's intrinsic value and for there to be no legal impediments to the takeover.

In reality, however, companies operate within an environment of imperfect markets and uncertainty. This means that the share price may deviate from its intrinsic value (see the article «Price formation in financial markets: between reason and emotion» in this Dossier), seriously limiting the possibility of the aforementioned market discipline mechanisms to work properly. Internal control mechanisms are therefore usually adopted that help to achieve the aim of maximising value for shareholders. The theory developed by Jensen and Meckling (1976) represented an important step forward in explicitly recognising the problems of incentives resulting from the separation between ownership and control. They argue that, in order to bring managers' incentives in line with the interests of shareholders, performance-linked compensation systems must be designed for managers. The business world has widely adopted such practices: variable management compensation systems have increased exponentially over the last two decades. In addition, to make payment more sensitive to developments in the share price, formulas have also been adopted such as stock options, linking management pay to any increase (but not decrease) in share price (see the first graph).1

Nonetheless there is increasing evidence of the harmful consequences of such incentive systems, particularly because they reward the achievement of short-term profits in detriment to creating long-term value. The pressure on managers to increase the present share price is further reinforced by analysts who make very short-term predictions for corporate trends, as well as by some shareholders with a very short investment horizon. The work of Graham et al. (2005)2 clearly illustrates this phenomenon. After surveying the financial directors of large firms in the US, they found that almost half of these would reject positive net present value projects if accepting them meant not meeting analysts' expectations in terms of quarterly earnings. In other words, most managers are prepared to sacrifice long-term value for short-term gains in order not to disappoint market expectations. This finding shows that the market pressures on listed companies have significant impact on their investment decisions. According to a study by Asker et al. (2013), the annual investment of listed companies accounts for 4.4% of all assets on average, a figure that is appreciably lower than the investment ratio of a comparable group of unlisted companies, namely 6.8% (see the second graph). Moreover, investment in R&D is also lower as this typically requires more time and involves more uncertainty until cash flow is obtained, and the distribution of dividends tends to be greater. This ends up reducing the company's value, harming all its stakeholders including the shareholders themselves. Moreover, such a widespread problem of corporate underinvestment could have relevant macroeconomic consequences, reducing capital accumulation and diminishing the competitiveness of companies at a global level.

Given this evidence, more and more people are criticising the paradigm of maximising value for shareholders while those theories that take into account a broader view of company aims are gaining support.3 According to these theories, shareholders are not the only owners of a company; the employees, suppliers, customers and bondholders, as well as the shareholders, also have a contractual interest in the firm that confers on them rights of ownership regarding the corporate earnings generated. A company is seen as a mechanism to coordinate the specific investments of all stakeholders, making it necessary for their relations to be based on mutual trust and commitment to the company. Achieving this, however, is no easy task. Some companies opt to make certain corporate values explicit or to define a mission that goes beyond achieving corporate earnings. The aim of this is, for example, for employees to have more intrinsic motivation as they identify with the company's values, or to ensure that clients see this as a differential for the company.

Achieving the long-term commitment of capital may be somewhat more complex as shareholders can always sell their shares and remove capital from the company at any time. This could be harmful for the rest of the stakeholders as the value of their specific investments would fall should shareholders take the opportunistic route. To avoid this, mechanisms need to be established that commit capital over the long term. In this respect, of note is the proposal made by Colin Mayer (2013), namely to assign voting rights to shareholders according to the time their investment has been committed.4 There are also some interesting new business models that, in addition to maximising profit, also aim to achieve objectives of a social or environmental nature, such as benefit corporations or B corps. Such companies recognise the diversity of shareholders' aims and interests who, in addition to getting a return for their investment, also want to respond to global social and environmental challenges and have a positive impact on the world. Far from being a utopian model, B corps are an example of business success and the commitment acquired by such firms is not merely rhetorical. While a traditional firm may abandon its altruistic aims when it deems this opportune, B corps are answerable to their shareholders regarding the achievement of the company's social mission in the same way as they are regarding its profits. The reputational cost of abandoning such social aims would be too great.

In conclusion, the debate regarding which aims a company should pursue is still ongoing. A short-term approach has inflicted a lot of harm and, consequently, those business practices prioritising more long-term objectives are a positive step, while investors also need mechanisms to help them make a long-term commitment.

2. Graham, Harvey and Rajgopal (2005) «The Economic Implications of Corporate Financial Reporting», Journal of Accounting and Economics. 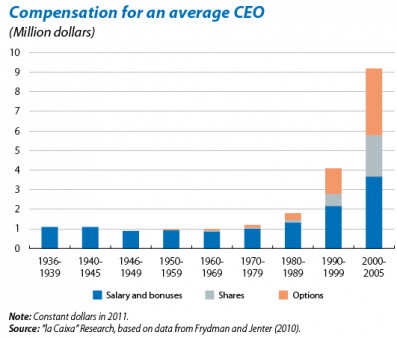 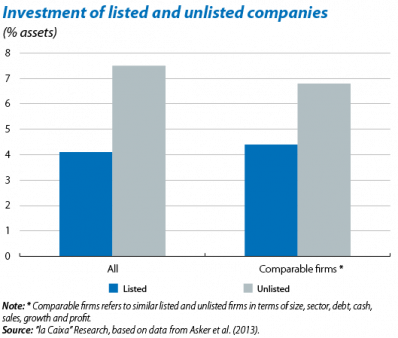