There are still few large companies in Spain, especially when compared to the major developed countries. This is undoubtedly one of the main reasons why the productivity of the Spanish economy remains relatively low. 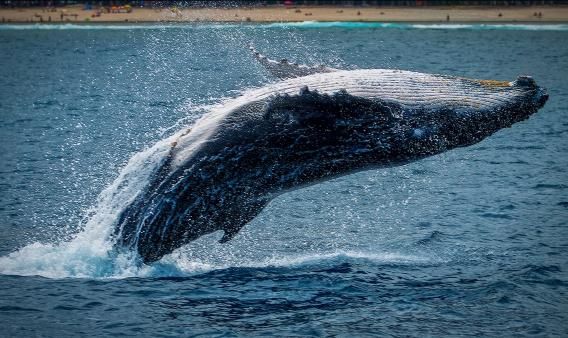 It would be very beneficial for the population as a whole if there were more big companies. For years, if not decades, many economists have been trying to convince business leaders and economic policymakers that actions must be taken to stimulate business growth. They have the overwhelming support of the empirical evidence, yet the attempts by economists have not yielded results. There are still few large companies in Spain, especially when compared to the major developed countries. This is undoubtedly one of the main reasons why the productivity of the Spanish economy remains relatively low. In other words, this is one of the main reasons why GDP per capita in Spain, or many Spaniards’ purchasing power, remains far from the benchmark countries. Will COVID succeed where economists have failed?

Allow me to briefly point out the relationship between enterprise size and productivity. The proportion of large enterprises in an economy is relevant because they tend to be much more productive. In figures: sales per employee in companies with more than 250 workers more than double those of smaller firms. This is a pattern we see across the board in all developed countries. The productivity level is similar for companies of equal size. What changes is the relative weight of different-sized companies in each country. In Spain, for instance, only 0.13% of companies have more than 250 workers, while in Germany this figure is 0.3 pps higher. This difference may seem small, but the impact it has on the distribution of employment and on production is profound. In Germany, the proportion of people working in large enterprises is 10 pps higher, with significant ramifications in terms of productivity at the aggregate level.

Bigger companies are more productive, partly because they have been the best at adapting their structure to their customers’ needs. They were already more productive when they were small, which is what allowed them to grow. But moreover, their larger size has enabled them to exploit economies of scale and thus further improve their productivity. Thanks to their larger size they can also invest more in innovation, both in terms of technology and in intangible assets, and they can train their workers and offer them better working conditions. The employment they offer is generally better quality (for example, the proportion of permanent contracts is clearly higher), and the remuneration is substantially higher (50% higher than in smaller firms).

So, will COVID act as a catalyst for increasing the proportion of large enterprises? It is likely. There were three latent factors pushing in this direction prior to the pandemic, which have accelerated in recent months. The first is the digitalisation of companies. The enormous investment this entails in some sectors, such as banking, acts as a driver for concentration at the sector level. The digitalisation of sales channels also multiplies the potential market that businesses can access. We have seen this during the pandemic with SMEs that have pursued the online sales channel to cushion the impact of the restrictions. Once these restrictions are lifted, sales through this channel continue to grow at double-digit rates.

The structure of global enterprises is likely to change over the coming years as well, requiring companies of a larger size. The pandemic has highlighted the importance of having a more resilient production structure, and this will surely lead companies to diversify the geographical location of their production sites, while simultaneously seeking to be closer to the end customer. In short, this will lead to a more complex structure which will likely require a larger size of business to achieve optimal performance.

Finally, the pandemic has also increased the demands of business’ various stakeholders. For instance, customers, workers, investors, and in some sectors also regulation, have increasingly high demands in relation to climate change and environmental issues. The investment needs that this will entail in many sectors are also likely to push up the optimal operating size.

These are just a few examples of forces that have been operating for years, but which the pandemic has accelerated. The financial environment, and also the fact that large enterprises have faired much better during the crisis triggered by the pandemic, are factors that give additional impetus to the increase in the company size. A clear reflection of this is the number and volume of mergers and acquisitions, which globally are at a record high.

In this context, the Spanish government has just passed the Create and Grow Act which, among other things, aims to improve the regulatory environment in order to promote business growth. To achieve this, it is essential to ensure there are no substantial changes in companies’ labour, tax or accounting costs when they surpass certain thresholds (such as the number of workers or their turnover). Sometimes, actions which pursue a desirable goal (for example, to help smaller firms) can have counter-productive effects. And those which affect business growth end up being very damaging for the population as a whole.