After months behind epidemiologists trying to decipher the implications of their diagnoses for the economic outlook, one of our favourite characters has suddenly reappeared on the scene: inflation. Depending on how it behaves, and how we react to its return, the long-awaited Economic Reconstruction could go one way or another. 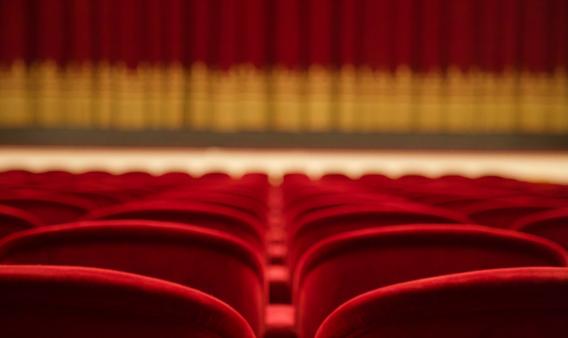 Like a meteorologist when a change of weather is approaching, a doctor who has a patient to treat, an engineer who is tasked with designing a new mechanism, or an artist as they begin painting a picture... finally, we know how they feel. After months behind epidemiologists trying to decipher the implications of their diagnoses for the economic outlook, one of our favourite characters has suddenly reappeared on the scene and has ignited a passionate debate. I am referring to inflation, which had been absent for many years. Depending on how it behaves, and how we react to its return, the long-awaited Economic Reconstruction could go one way or another. Allow me to explain.

Inflation’s absence is clear when we look back at the trajectory it has followed in recent years. In the euro area, for instance, it has been below 1% per year since 2014. This has been its most usual (if not, its average) behaviour, but on several occasions it remained stationary or even receded while economic activity continued to forge ahead. In the previous 10 years, in contrast, it seemed to be more steadfast, with a rate of more than 2% per year and always remaining hand in hand with economic activity. However, the disconnect it has recently shown relative to the rest of the economy, and which still has us somewhat perplexed, is not confined to the European scenario alone. Globally, it also seemed that the history of inflation had come to an end, culminating in a gradual but sustained loss of prominence on the international economic stage.

Inflation’s return has been sudden. In the euro area, it climbed to 0.9% in February after ending 2020 at –0.3%. In the US it also approached negative levels last year, but it is already flirting with 1.5%. There are several factors behind this shift in behaviour (technical aspects, the impact of tax changes and the normalisation of oil prices) and all of them will play a similar role: they will raise inflation even more over the coming months and will temporarily push it up to around 3% (slightly below in the euro area, and slightly above in the US). However, the support from these factors will be temporary, and they will later fade away.

But the history of inflation will continue. Other elements will enter the scene, changing the set completely and helping inflation to maintain a prominent – or perhaps even a leading – role. You can image the title of the new season: Economic Reconstruction, and you will probably get to see it sooner than you might imagine, I hope. In the major developed countries, the rate of vaccinations is progressing well, albeit with differences between them. Most importantly, the vaccine is proving to be highly effective. In the US, there are already states in which the restrictions have been significantly eased, and the economic activity indicators suggest a GDP growth of around 2% quarter-on-quarter in Q1 and an even higher rate in Q2, when much of the population could be already immunised. The euro area remains in second place and will have to wait until Q2 to begin lifting the restrictions on mobility and activity. Only then will economic activity begin to pick up the pace.

In such events in the past, when economic activity entered the scene inflation would take on a more prominent role, but the lack of harmony between the two in recent years will force us to keep a close eye on how they interact. If inflation reappears as a result of bottlenecks or a stronger-than-expected revival of pent-up demand, it could challenge fiscal and monetary policy.

Monetary policy has played a seemingly placid role over the past few years. In the absence of inflation, it has taken highly aggressive action, maintained extremely dovish financial conditions and become a mainstay of economic activity. However, the rebound in inflation expectations that is already apparent in various financial indicators and the rise in long-term interest rates have put the major monetary authorities on guard. Fabio Panetta, a member of the ECB’s Executive Board, has made it clear that they interpret the rebound in inflation as a temporary phenomenon and that they will do whatever it takes to keep financial conditions highly accommodative. In Europe, where the economic recovery is still in its infancy, this is a necessity. In contrast, in the US the Fed is being more permissive with the rise in interest rates, but it may end up with a difficult role to play. A sudden tightening of the financial conditions would slow the recovery in economic activity and trigger episodes of turbulence in the financial markets, since financial asset prices are currently sustained by the expectation that interest rates will remain very low for a long time to come. To a large extent, this expectation has been fuelled by the Fed’s own actions in recent years.

In the fiscal sphere, there is a broad consensus that it is better to be overly generous than overly responsible (the debate is often raised in these terms, as through they were antagonistic positions and using words loaded with prejudices). However, inflation’s return to the scene, and the lack of predictability in how it will behave, is stoking fears that the Biden administration’s 1.9-trillion-dollar fiscal package could contribute to the risks of overheating in the US economy.

All in all, it seems that the history of inflation will continue and that the great economic theatre will have one of its main and most controversial protagonists back on stage. I trust that this will not force us to change the script. To avoid such a shift, bold action will need to be taken over the coming months. Beyond warning of the upcoming change in weather, we must put appropriate mechanisms in place to ensure that the patient makes a quick and full recovery. As you can see, in practice, economics feels like more of an art than a science.