Broadly speaking, there are three key factors which define the new macroeconomic picture of the Spanish economy that we have elaborated here at CaixaBank Research, and which are shared by most of the institutions that have updated their forecasts. 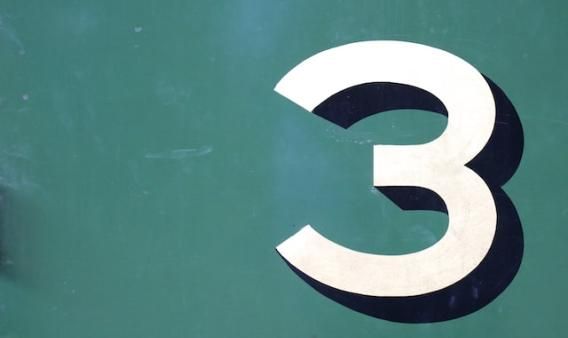 The current changing economic and geopolitical environment has forced us once again to revise our forecast scenarios. Broadly speaking, there are three key factors which define the new macroeconomic picture of the Spanish economy that we have elaborated here at CaixaBank Research, and which are shared by most of the institutions that have updated their forecasts. Firstly, the pace of growth will be slower than previously expected, but we do not anticipate a recession, and much less a deep or long one. Secondly, the impact of the energy crisis on the Spanish economy, while significant, is less pronounced than it will be for the euro area as a whole. Thirdly, uncertainty is, and will remain, very high, and although this term has become somewhat of a catchword, it is nonetheless loaded with content. Let us take a closer look at each factor.

The forecast for a slower growth rate is mainly the result of the intensification of the energy crisis and the expectation that it will be more persistent than expected a few months ago. This is an exogenous shock which is difficult to predict, but right now it looks likely to drive up inflation more than previously expected (we place inflation for 2023 at 4.5%). Furthermore, it is already forcing the ECB to increase the pace of its interest rate hikes.

The combination of these three factors – the energy shock, inflationary pressures and tightening financial conditions – will curb the pace of growth most notably during the second half of this year and in Q1 2023. The indicators for Q3 are already pointing in this direction. Household consumption has weakened, mainly because of the loss of purchasing power that comes with rising prices. At the aggregate level, however, this is being offset by the strong performance of the foreign sector, especially tourism. Thus, GDP growth is likely to be just above 0% this quarter, and is expected to remain at around 0% in the closing stages of the year and early next year.

The speed at which the economy will begin to recover in the spring is difficult to anticipate. During September, gas price futures have indicated that tensions will remain high throughout 2023, and the ECB has made it clear that it will continue to raise interest rates well into the year. For this reason, our scenario assumes that the recovery will be gradual and places the growth of the Spanish economy for the 2023 as a whole at around 1%, almost 1 pp above that of the euro area.

The lower impact of the energy crisis on the Spanish economy is largely due to the country's low dependence on Russian gas, the high diversification in its suppliers and, above all, its high capacity to convert liquefied natural gas back into natural gas (Spain has 34% of the EU's installed capacity for regasification), which reduces pressure on its gas import prices. Thus, although the Mibgas benchmark gas price in Spain has registered a significant increase, it has not been as pronounced as that of the TTF benchmark price in northern Europe (on average, the Mibgas was 35% below the TTF in September). If we take this situation to the extreme, the likelihood that selective gas cuts will have to be imposed in Spain is very low, while in northern Europe this possibility is much more real, with everything that entails in terms of uncertainty.

Finally, it is worth reiterating the difficulty in predicting how the main factors determining the outlook will evolve, as well as their impact on the economy as a whole. The uncertainty surrounding the course of the geopolitical conflict between Russia and NATO countries, as well as its impact on energy prices, especially in the case of gas, is evident on a daily basis. But the evolution of the inflationary pressures is equally uncertain. It is difficult to predict the magnitude and persistence of the indirect effects that the rising energy and other commodity prices will have on other consumer goods, as well as the potential second-round effects that could occur if wage growth ends up being higher. Developed countries have little recent experience in this area, so there are no precedents to refer to. Moreover, all this makes it very difficult to predict what policy the central banks should follow. To a large extent, this explains the high volatility in interest rate expectations over the past few months.

Even if the term «uncertainty» seems to be a catchword we repeatedly use to crown our analyses of the current economic situation and future outlook, it must continue to be taken seriously. It is one of the main attributes that define the economic outlook, and it could have significant implications for the formulation of economic policy, as well as for decision-making on spending and investment.