Tourism: a driving force for growth

This month the Dossier in our Monthly Report looks at one of the most important sectors for Spain’s economy: tourism. A sector that provides more than 11% of the country’s gross domestic product and 13% of its jobs, which has been one of the pillars of its economic recovery over the past few years and will continue be a driving force for growth in the medium and long term... if we look after it properly.

The latest figures posted by Spain’s tourism industry highlight its dynamism. The country received 20 million international tourists in the first four months of 2017, a record figure and up 10.3% compared to the same period last year. At this rate, more than 83 million tourists will come to Spain this year, almost taking over France as the world’s foremost tourist destination. The number of tourists will have increased by over 40% since 2007. And domestic tourism is also starting to show signs of picking up.

In the past few years, Spain’s tourism industry has undoubtedly seen its demand increase as a consequence of security problems in North Africa and the Middle East. But the keys to its success go far beyond safety issues, as shown by the World Economic Forum ranking which places Spain’s travel and tourism sector (T&T) as the most competitive in the world, ahead of France and Germany. The main reasons: a unique combination of natural and cultural environment and good transport and T&T service infrastructures. Spain has repeated its top ranking although, just a few years ago, it was not even among the first five. Someone has been working hard.

Aware of the advantages brought by differentiation, the sector has made a particular effort to increase the quality of its supply. More than 50% of Spain’s hotel accommodation is currently four or five stars, its accomodation firms are more productive than their European peers and the country has more restaurants than ever on the most famous lists of top eateries. But there is still plenty of room for the sector to improve, in hotels, restaurants and also other T&T services. The larger companies in the T&T sector (and in general in any other sector) can take better advantage of economies of scale, tend to be more professional, enjoy better financing conditions, can invest more to spread their business across all seasons and offer higher quality jobs.

There are clear opportunities for the sector to grow in the long term. By its very nature, tourism is a sector of the future since the proportion of expenditure allocated by households to tourism tends to increase with their income level. Consequently, it is very likely that emerging countries will represent a growing source of tourists, as we are starting to see with China. On the other hand, the ageing population in Europe and other advanced economies is creating a very attractive demand since older people have relatively high incomes and tend to travel outside the peak tourist seasons. Finally, new technologies also offer a world of opportunities, for instance to improve client experience by providing personalised local experiences.

In fact, new technologies and their associated new types of business represent one of the biggest challenges for the sector in the short term. The sharing economy can help to improve competitiveness and complement the traditional T&T supply. But a legislative framework is urgently needed that offers legal certainty and fair rules for all T&T players, at the same time as promoting sustainable growth for the sector and promoting good coexistence between locals and tourists. 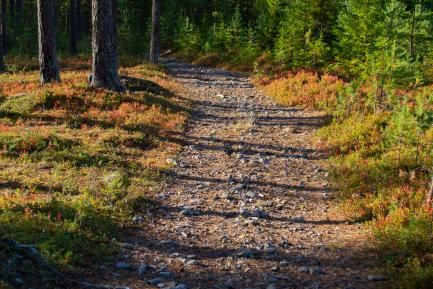