The US grew by a healthy 2.9% in 2018 (2.2% in 2017), favoured by the fiscal stimulus approved at the end of 2017 and the strength of the labour market (which drove the buoyancy of private consumption). All in all, in the closing phases of 2018 a slowdown was noted in the GDP growth rates. Specifically, GDP grew by 0.6% quarter-on-quarter in Q4 2018 (3.1% year-on-year), 2 decimal points below the growth of the previous quarter. This slowdown was partly due to factors we believe to be temporary, such as the effect of the partial US federal government shutdown. This is a factor that could tarnish growth rates in Q1 2019 and will be added to the effects of the extreme cold experienced in the north of the country at the beginning of the year. Nevertheless, the moderation of growth is also a response to the maturity of the business cycle, which represents a more structural force. Therefore, CaixaBank Research projects growth of 2.3% for 2019 as a whole (still a very strong figure, albeit closer to the country’s potential growth rate, which we estimate at 1.9%).

Inflationary pressures in line with the target and the moderation of growth support the Fed’s decision to remain patient. Headline inflation moderated in January down to 1.6%, 3 decimal points below the previous figure. This decrease was largely due to the fall in energy prices, still influenced by the downward trend in oil prices seen in late 2018. Core inflation, meanwhile, remained at 2.2% for the third consecutive month. As such, inflation rates are in line with the Fed’s target, which in a context of global downside risks, offer the monetary institution some margin to remain patient in relation to future changes to its interest rates (see the Financial Markets section).

Japan returned to growth in Q4 2018 and ended the year with annual growth of 0.7%. GDP grew by 0.3% quarter-on-quarter in Q4 (0.0% year-on-year), following the fall in the previous quarter caused by the natural disasters that hit the country last summer. The breakdown by component showed solid growth in private consumption and in business investment.

In the emerging markets, China continues to slow down, while Brazil and India also lost some momentum in the closing stages of 2018. In China, exports got back on track in January, with a solid growth of 9.1% year-on-year (in contrast to the 4.4% decline in December), although the full range of indicators continue to point towards a slowdown in economic activity. The publication of India’s GDP, meanwhile, showed a GDP growth of 7.3% in 2018, a significant rate albeit with ups and downs throughout the year. Finally, in Latin America, Brazil grew by 1.1% in 2018, with no improvement compared to 2017 largely due to the loss of momentum in Q4. 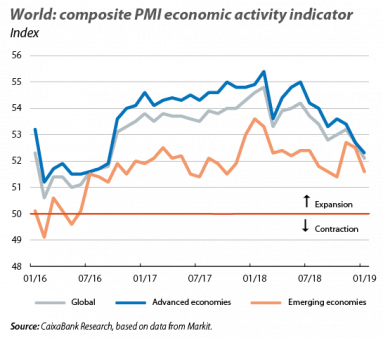 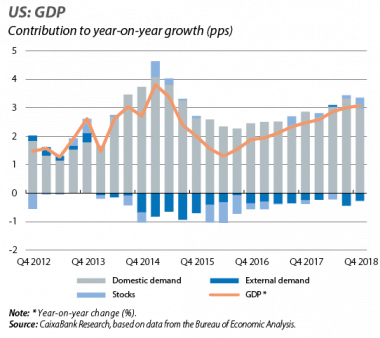 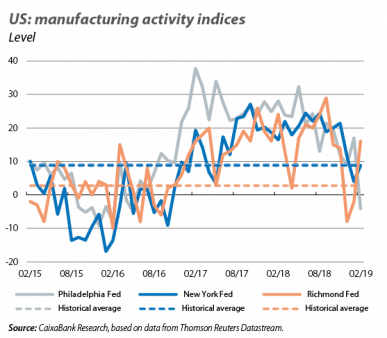 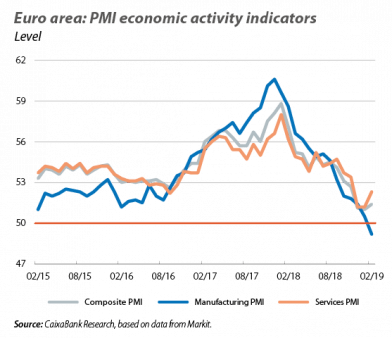 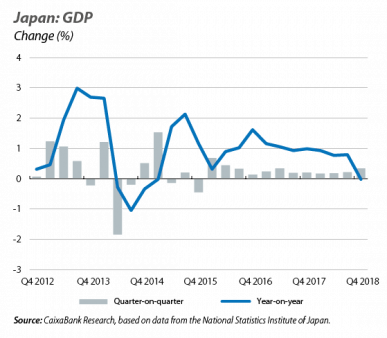 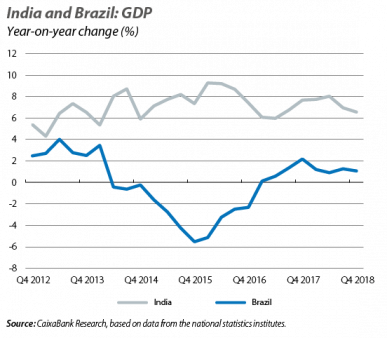