The recession is coming to an end. After almost two unbroken years of contraction, business indicators available up to June point to Spain's economic situation stabilizing. The leading indicator for GDP of "la Caixa" Research confirms this perception. Based on the trend in various high frequency indicators (which take into account factors of supply, demand and the labour market), our index places the change in economic activity in the second quarter between –0.2% and 0.2% quarter-on-quarter. Given that this index does not directly reflect other factors which might also affect economic growth, such as the fiscal consolidation process, we have kept our forecast for a variation in GDP within the lower band of this interval (–0.2% quarter-on-quarter) but the change in trend towards a more moderate rate of contraction appears firm. In fact, our scenario suggests that, as from the second half of the year, activity will return to the path of growth. For this to be confirmed, it is still crucial to bolster those pillars that must support Spain's economic growth in the long term. In this respect, the IMF joined the position taken by the European Commission and encouraged the government to deepen the reforms undertaken.

Leading supply indicators reveal an upward trend. The improvement is widespread. Between February and May 2013, the rate of decrease in electricity consumption, cumulative over three months, fell to less than half (from –4.0% to –1.8% year-on-year) and augurs good industrial production figures for May. A revival in industrial activity is in line with our scenario of a gradual recovery in Spanish investment, particularly in capital goods, over the coming quarters. This improvement is supported by the incipient recovery in European demand. After an unfavourable first quarter, industrial orders from the old continent rose by 11.1% year-on-year in April. The rest of the foreign orders were also very dynamic (19.8% in the same period). This good performance by exports pushed May's PMI manufacturing index to its highest level for the last two years (48.1) and we do not rule out it reaching levels consistent with positive growth rates for activity in the near future.

Domestic demand is showing signs of bottoming out although it is still at a relatively low level. Leading indicators for consumption show a clear turning point. In May retail sales reduced their rate of contraction to –4.6% year-on-year and consumer confidence posted notable improvement in June. All this is reflected in the lower rate of contraction for the composite consumption indicator which, due to its high correlation with private consumption, suggests an imminent change in trend for this factor. However, demand is still weak (retail sales are 25% below the level of 2007), so inflationary pressures remain distant. In fact, June's rise in inflation of 0.4 percentage points to 2.1% is due to the contribution by the energy component. Over the coming months, inflation will return to its downward trend and we expect the end of some base effects (the VAT hike and other regulated products) to bring it close to 1% by the end of year.

The figures from the labour market have come as a pleasant surprise. 2013's tourist season has started well and this can be seen in the labour market data. Specifically, the number of registered workers increased in May by 134,660, a growth more befitting the pre-crisis period, which saw average increases of 163,115 in this month, than the figures of the last few years. This has reduced registered unemployment, down by 98,265 people in the same month. The improvement seen in expectations of employment in June, mainly in the services sector, has reinforced the signs of stabilization in the labour market. Given this situation, wage adjustment continues to advance: labour costs per hour dropped by 0.7% year-on-year in 1Q 2013 (See the Focus «Wage moderation helps to improve competitiveness»). Wages were particularly contained in those sectors undergoing greater transformation during the crisis, such as real estate, public administration and finance. We expect this wage moderation to continue over the coming quarters although perhaps at an ever slower rate.

The foreign sector continues to gain ground. April's growth in exports of 18.9% year-on-year in nominal terms put an end to the meagre advances of the previous two months (2.2% year-on-year between February and March). Although this dynamism is partly due to calendar effects, the trend is clearly positive. Demand from countries outside the euro area (+15.1% year-on-year between January and April) continues to lead the growth in exports but European demand also seems to be waking up after the weakness shown in 1Q 2013. Such signs of improvement can also be seen in the trend for tourist visits from Europe in May, up by 8.4% year-on-year. This makes it increasingly likely that the all-time record for foreign tourist visits reached in 2008, namely 59.4 million, will be repeated this year. Consequently, on the whole we expect the good rate of improvement in the current balance to continue throughout the year, which has led us to revise upwards by 0.8 percentage points the surplus we forecast for 2013, to 1.8% of GDP.

Private sector deleveraging is pushing down credit. In April, the fall in credit was –12.3% year-on-year. Part of this drop is due to the transfer of assets from nationalized banks to the Sareb between December and February. However, even if we discount this effect, the contraction is approximately 8%, reflecting both the weakness of supply and of demand for credit. This weakness is widespread throughout all sectors of activity. Not only is it affecting credit related to the real estate sector but also other branches of activity such as services and industry. For their part, households are also continuing to deleverage but at a slower rate, given the difficulty in paying off debt within a context of falling gross disposable income. The NPL ratio did not improve, rising in all segments in 1Q 2013. However, we expect a turnaround in this trend as the aforementioned signs of recovery in economic activity are gradually confirmed.

Fiscal consolidation is going well. It is vital to meet the deficit limits set by the European Commission in order to restore the confidence of international investors. To date, the adjustment achieved in the national accounts raises no doubts regarding whether this year's target will be reached, namely 6.5% of GDP (compared with 7.0% in 2012). The central government, with a correction in its deficit of 0.2 percentage points in May compared with the deficit presented this time last year, and local government corporations with an improvement of 0.1 percentage points, are the administrations providing the greatest contribution to the adjustment in the public deficit to date. However, this comparison might not be all it seems. Last year most measures were taken during the second six months and the deficit trend therefore improved significantly during this period. If the different public administrations wish to maintain or increase their deficit adjustment compared with last year over the coming months, they will have to perform very well in the second half of this year. In this respect, the government has announced the elimination of deductions
for large firms and new taxes related to the environment and to tobacco and alcohol consumption. These measures should help tax revenue to maintain its upward trend of the last few months.

The government is making progress with the ambitious agenda of reforms established by the European Commission. Throughout the month of June, the government presented the draft bill to support entrepreneurs, as well as the expert report on the sustainability factor of pensions and the Public Administration Reform. The latter contains 217 proposals to improve the efficiency and management of public administrations by simplifying procedures, the management of joint services and, particularly, the elimination of overlaps. According to the government's estimates, the impact of this reform is quite substantial: the cumulative savings from applying these measures could reach 37,620 million euros in 4 years (2012-2015).

The IMF has warned that it is crucial to continue pushing forward with reforms in order to consolidate the recovery and generate jobs. That is why it proposes going further with the labour reform passed last year. According to this organization, greater labour flexibility, lower dismissal costs and a reduction in the different types of contracts would
help to combat unemployment and the strongly dual nature of the Spanish job market. The latter is reflected by the high percentage of temporary workers in Spain, far above the euro area average (23.0% compared with 15.1%, respectively). 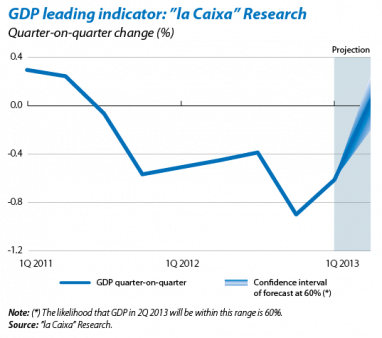 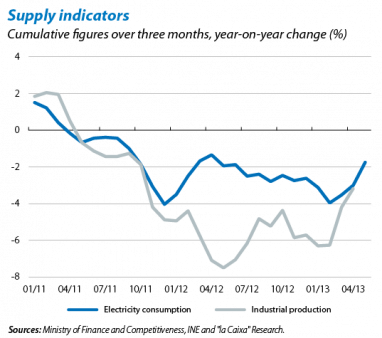 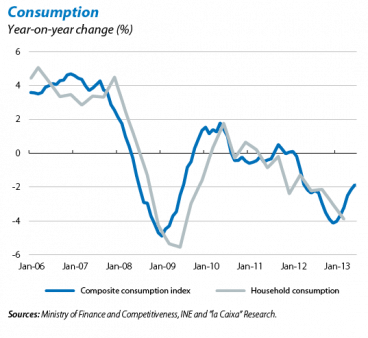 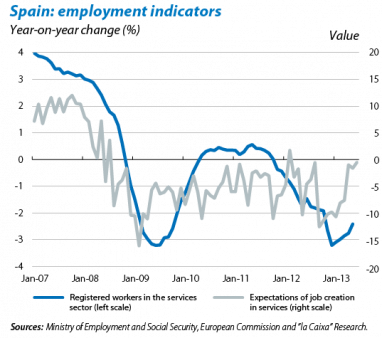 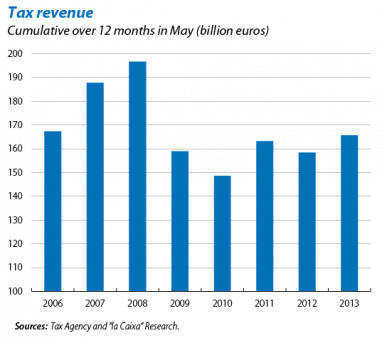 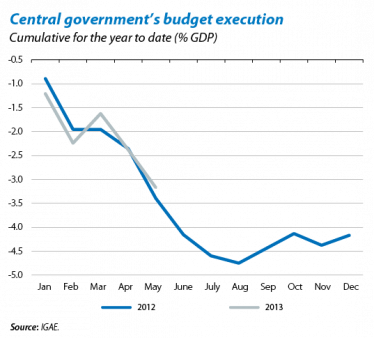 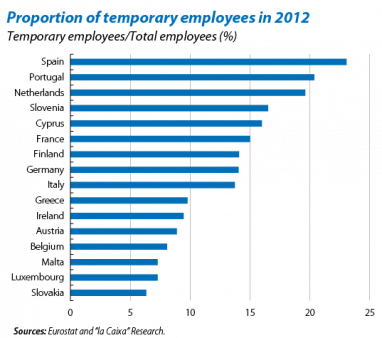