The challenges of financial globalisation

Since the 1980s, the world has witnessed a process of unprecedented financial globalisation, as illustrated, for example, by the significant increase of capital flows that has occurred both in the advanced and in the emerging economies. In addition, in recent years, along with the acceleration of financial flows, there have been a series of notable changes that force us to think about the challenges that this new phase of financial globalisation will bring. In order to make sense of a broad and complex matter, this article sets out those changes, and then provides an overview of the economic and financial consequences that they may entail.

A natural starting point is to consider what are the benefits of greater global financial integration. In general, financial globalisation brings important benefits for economic activity.1 Specifically, in addition to supporting international trade, greater financial openness contributes to making the global allocation of capital more efficient, while also providing opportunities to diversify risks and obtain greater returns.2 The increase in international trade that has occurred in recent years, therefore, has continued to favour the expansion of financial globalisation. Nevertheless, this has been accompanied by two very noticeable changes, which have bolstered it even more: the growing interconnection of monetary policy at the global level and the emergence of truly global financial institutions. Both innovations have introduced complexity in the way financial globalisation operates.

Thus, and in relation to the first of these developments, as a result of the changes in monetary policy in the context of advanced countries’ response to the Great Recession (with the extension of monetary expansion to new heights with few historical precedents), spillovers between the main central banks and those in the periphery have increased.3 One of the consequences of this dynamic is that it limits the ability of the monetary authorities of smaller economies to implement a monetary policy consistent with their domestic needs. As such, when global financial conditions become more accommodative, for example following an interest rate cut by the US Fed, there tend to be significant capital inflows in economies with a more restrictive monetary policy. These capital inflows can lead to a loosening of the country’s financial conditions beyond what is desirable and, thus, to an overheating of the economy and macrofinancial imbalances.

The fear, expressed on numerous occasions by the Bank for International Settlements (BIS), is that this transmission mechanism is particularly relevant at the current juncture, given that the non-conventional monetary policy measures implemented by the central banks of the major advanced economies since the financial crisis have generated an important abundance of liquidity at the global level, which has been directed towards other economies in search of higher returns. Now that the monetary policy stance of the major central banks is starting to change, with the process of monetary normalisation underway in the US and Europe, some emerging economies could run into trouble if this process is not carried out very gradually.4

The greater protagonism of the global financial institutions is the second of the key developments of the current phase of financial globalisation. These global financial institutions operate in many countries of the world through branches and subsidiaries. Through this international presence, they are able to obtain resources in the major global financial centres with more favourable credit conditions, since they can obtain financing directly from the central bank and issue financial instruments to private investors at a lower cost, as well as being able to distribute these resources in other economies or provide liquidity to other banks through the interbank market. Thus, the monetary policy implemented by the main central banks affects the supply of credit and, since these institutions sometimes take on global risks, this contributes to the transmission of the financial conditions of the major advanced economies to all other countries.

The consequences of these institutional changes are multiple, but the two main ones refer to the greater degree of synchronisation of capital movements and the expansion of the use of «strong currencies». The first of these concerns is directly derived from the change in monetary policy and the greater importance of its global spillovers. Thus, in recent years, what is referred to in the literature as the global financial cycle has taken on greater importance. Although coming up with an empirical estimate of the extent of the phenomenon is not easy, there is evidence that the common - or global - factor which determines the evolution of the global flows of capital is important and that it also extends to aspects such as the dynamics of the returns of assets exposed to global risks.5

A second consequence is the change in the use of global currencies – particularly the US dollar –6 as a means of payment throughout the world and as a source of financing. This is largely the result of the incentives that access to abundant international financing and attractive financial conditions (in particular, a low interest rate) offers to borrowers. This dynamic contributes to the «strong currencies» playing a central role in the determination of the financial conditions of other countries. Furthermore, since the monetary authorities, including those that issue these currencies, tend to focus on the domestic conditions when implementing their policies, they may end up favouring an increase in macrofinancial imbalances beyond their borders if the economic cycles of these countries do not coincide.

Thus, when there are sharp increases in a country’s debt through financing in strong foreign currencies - with more favourable financial conditions -, this practice leads to the borrower taking on a foreign exchange rate risk from which it can scarcely be protected. In fact, in recent years, in a context of ultra-accommodative monetary policies in the advanced countries, this exposure appears to have increased considerably. In particular, credit denominated in dollars of the non-financial sector in emerging markets has doubled in just eight years.7 Furthermore, according to data from the BIS, credit denominated in euros to non-residents has increased by 34% in the last four years, reaching 3.1 trillion euros. It is therefore not surprising that, now that the major central banks have begun to change the tone of their monetary policy and the emerging currencies have depreciated significantly, the exchange rate risk is one of the major risks faced by many emerging countries.

Given the institutional changes and their potential consequences, it seems clear that in order to take advantage of the benefits of financial globalisation, it is important to have the necessary tools to be able to mitigate the risks we have spelled out. To this end, it is essential for countries to implement domestic policies that improve their ability to absorb shocks, make it less susceptible to global factors and prevent the accumulation of macrofinancial imbalances.

These policies include prudential policies,8 which can help to safeguard financial stability by increasing the robustness of the financial sector and reduce the procyclicality of credit flows.

It is also essential for there to be effective international cooperation that complements the domestic policies and helps to manage the risks associated with greater financial interconnectedness at a global level. To this end, a consolidated, global regulatory and macrofinancial supervisory framework should be established to help prevent future crises. It is also increasingly necessary to improve international coordination on economic policy, and on monetary policy in particular.

Since the 2008 financial crisis, considerable efforts have been made in both directions. For example, regulatory reforms have been introduced that focus on increasing the resilience of banks that operate at the international level, which are a key element of global financial intermediation.9 Attempts have also been made to improve the cooperation of macroeconomic and financial policies at the global level in response to the financial crisis.10

In any case, there is a lot of room for further discussion and evaluation of the effects of the monetary and macrofinancial policies of the major global financial centres in other countries. This could be done through an institution such as the IMF or the BIS, which could facilitate greater coordination between the major central banks.

In short, financial globalisation has become an important pillar in the development of the global economy, but it must be supported by a regulatory framework and by policies that help to contain the risks inherent to this increased interconnection.

2. The development of globalisation is also due to other reasons, in particular the political changes that allow it to thrive (through changes to policy and regulation) and the technology that provides the basis for moving capital quickly and cheaply.

3. On this matter, see the Dossier «The globalisation of monetary policy» of the MR09/2016.

4. See the Focus «Growth in the emerging economies and global financial conditions: a close relationship» of the MR05/2018.

6. In fact, according to data from the Bank for International Settlements, the dollar is used to denominate almost half of all cross-border banking claims and it appears in 90% of all foreign currency transactions.

7. Specifically, the total credit (loans and debt securities) denominated in dollars in the non-financial sector in emerging markets reached 3.68 trillion dollars in Q1 2018, compared to 1.82 trillion at the beginning of 2010. Data from the Bank of International Settlements, global liquidity indicators.

8. Prudential policies consist of measures that promote good practices and encourage economic players to act with caution in the face of potential risks. Examples include imposing additional capital requirements on financial institutions to protect them from shocks, as well as restrictions on their activities.

9. For example, stricter standards of banking capital and liquidity have been introduced, as well as regular stress tests and greater external banking supervision.

10. In particular, the countries of the G-20 coordinated their response to the crisis through the Financial Stability Board, and the IMF bolstered its mechanisms for multilateral surveillance. 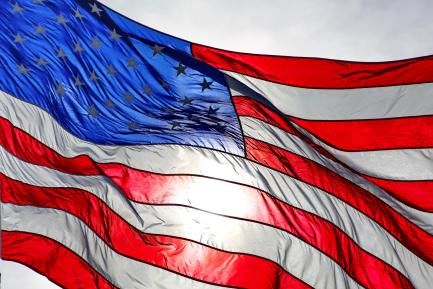