Fickleness prevails in the financial markets

The erratic trend of the summer persists in the early stages of the month. Following a summer where financial turmoil in the emerging economies was at the spotlight, the financial markets in these countries and in Europe maintained the erratic tone seen in August. However, as the weeks progressed, they managed to regain some of the lost ground. The US stock market indices, meanwhile, continued to break records and reach all-time highs, although some indicators cast doubt over the sustainability of these high valuations. The month was also marked by the central banks’ meetings in the euro area and in the US. Both remained positive on the macroeconomic scenario in their respective regions and reiterated their monetary policy strategies announced at previous meetings: a gradual rise of rates in the US and a gradual withdrawal of the monetary stimulus in the euro area. As such, over the next few quarters, the financial environment will continue to be marked by a gradual tightening of the global financial conditions. This factor, together with the uncertainty regarding the extent of the slowdown of China’s economy and fears of a resurgence of protectionism at the global level, is eroding performance in the markets, particularly in the emerging economies.

The major central banks continue along their intended paths. In the euro area, the European Central Bank (ECB) maintained a positive view of the macroeconomic scenario at its meeting on 13 September. In doing so, it reiterated its intention to continue with the roadmap announced last June (a reduction of net asset purchases to 15 billion euros a month starting this October, bringing them to an end in December, and without any changes to the reference rates at least through the summer of 2018). Meanwhile, at its meeting held on 25 and 26 September, the US Federal Reserve Bank (Fed) hiked interest rates for the third time this year (25 bps, up to the 2.00%-2.25% range). This decision was anticipated by investors and analysts, and it was based on the strength of the economy reflected by the US activity, labour market and inflation data. In the weeks leading up to the meeting, various members of the Fed hardened the tone of their discourse and indicated a faster pace of rate hikes. This led to an upward revision of expectations among investors, who now anticipate two rate increases in 2019 (in line with our scenario). This movement was transmitted on to the sovereign interest rates, with the 10-year rate increasing by more than 20 bps to over 3%. Similarly, the rate of the German bund climbed to over 0.5% (a level not reached since May), while in Europe’s periphery, Italy’s risk premium managed to fall by more than 60 bps from the high levels reached in August. However, at the end of the month, the country’s risk premium rebounded more than 35 bps, following the news indicating that the Italian Government will set a substantially higher fiscal deficit target for next year than that originally agreed with the European Commission.

The hesitancy of the summer returns to the European stock markets, while in the US they remain at all-time highs. In an environment marked by fears of a global escalation of protectionism, stock markets in the euro area began the month of September with the same erratic tone as they had shown during the holiday period. However, after this faulty start, the European stock markets began to recover, and the majority of indices managed to end the month at levels similar to those of September’s first sessions. On the other hand, the US stock market continued its bullish trend and exceeded the all-time high reached in August. As such, the current valuations of US equities continue to cause high levels in some overvaluation indicators, such as the CAPE and PER ratios. This calls into question their sustainability, especially in an environment of higher interest rates.

Emerging economies’ financial markets recovered from the summer’s turmoil, although they remain volatile. In the early stages of the month, both the currencies and the main stock market indices of the emerging economies continued the bearish trend of the summer, with broad-based declines. Nevertheless, as the weeks progressed, these assets benefited from the positive trend of the global financial markets and were able to regain some of the ground lost in the preceding days. Thus, in the cumulative month to date, the stock market index for the whole of the emerging Asian economies recovered some of the losses, although it failed to close up overall. In Latin America, meanwhile, the advances in the Brazilian stock market pushed the region’s MSCI index into positive territory. However, the underlying reasons for this financial turmoil remain dormant: doubts surrounding the strength of growth in China, the tightening of global financial conditions, increased trade tensions between the US and various regions, the increase in oil prices, as well as the idiosyncrasies of some countries and the possible contagion effect they could have on the rest of the emerging economies, are all factors that could continue to threaten emerging assets.

The price of oil surpasses 80 dollars. Following the relative stability it showed in the summer, in September Brent oil prices rose to over 80 dollars per barrel. A number of causes lie behind this spike, most of them related to factors restricting the global oil supply. On the one hand, the entry into force in November of the sanctions imposed by the US on Iran is weakening this country’s oil exports. On the other hand, several countries are cutting their oil production by more than the reduction agreed by the OPEC and its partners, while those with a greater productive capacity (such as Saudi Arabia) are not compensating for this excessive reduction. In addition, the production of shale in the US is proving to be lower than expected, due to the existence of bottlenecks. 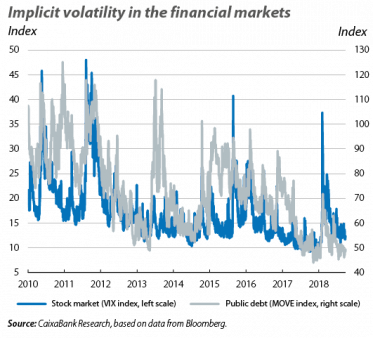 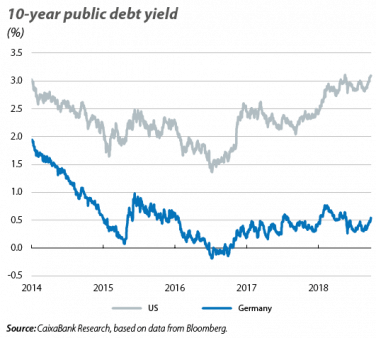 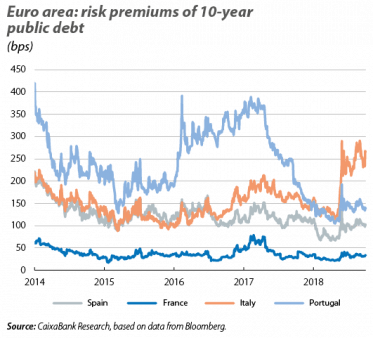 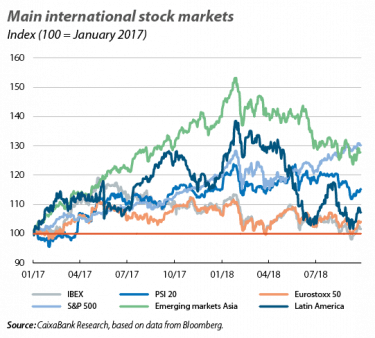 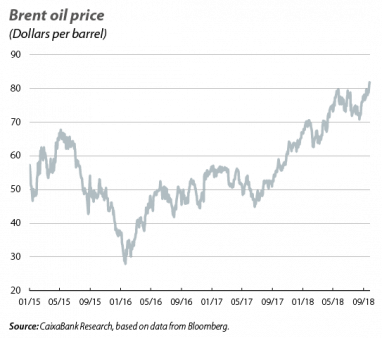