International financial markets are continuing to advance but not without setbacks. Although November brought gains for most international stock markets the month had two distinct periods. During the first two weeks, the main international stock markets were hesitant and even posted the odd loss due to tax reform negotiations in the US and concerns over the high equity prices exhibited by some indices. European stock markets, particularly in peripheral countries, suffered the largest losses. Nevertheless, international stock markets looked more stable in the second half of the month, mainly supported by a solid earnings season on both sides of the Atlantic and continued improvement in the global macroeconomic, pointing to higher dividends in the future. Regarding the main bond markets, yields remained relatively stable in spite of a slight upswing at the beginning of the month.

The good macroeconomic outlook is still a major support for financial assets. Indices of economic surprises once again posted positive figures this month, both in the US and Europe as well as for the emerging economies. This further confirms the improved global macroeconomic situation. Nevertheless, although some sources of uncertainty appear to be fading (thanks to the progress made by US tax reform, for instance), others could pose a risk to major financial assets in the future. As inflation expectations are still relatively low, any sudden rise could lead international investors to adjust their expectations, accompanied by losses in the main indices (for more detail, see the article «Global macrofinancial risks» in the Dossier of this Monthly Report). The missile tests carried out by North Korea towards the end of November also remind us of the ever-present geopolitical risk, although this time it has not triggered any substantial movement on international financial markets.

European stock markets lag while the US stock market soars. In spite of a timid start to the month, the US stock market ended November with record highs, boosted by the proposed tax reforms becoming more certain. European stock markets, however, found it harder to recover from the correction they suffered earlier in the month. In spite of the strong gains made after the ECB announced, at the end of October, that it would extend QE until September 2018, the markets ended up posting significant losses. There were widespread losses for all the region’s countries (Eurostoxx50: –2.8%, DAX: –1.6%, CAC: –2.4% and PSI: –0.9%) with the Ibex posting one of the largest corrections (–3.0%), mainly because of continuing political uncertainty. Nevertheless, European equity markets looked more stable towards the end of the month, although they have yet to embark on a clear upward trend.

The Fed and the ECB continue to convey confidence regarding economic activity. The minutes for the latest meetings of the two main central banks for the developed bloc published this month have confirmed their positive interpretation of the most recent economic activity figures. Specifically, after October’s announcement of a reduction in stimuli by reducing its asset purchase programme, the ECB’s Governing Council appeared more confident about inflation’s recovery thanks to the more solid economic activity figures posted over the past few months by the euro area. Regarding the Federal Reserve, the strong US economy is supporting the scenario of another fed funds rate hike this December (already totally assumed by financial asset prices) and a progressively tougher monetary policy over the coming quarters. The appointment of Jerome Powell as the new Fed Chair and his emphasis on the need to raise interest rates gradually has also sent a message that the Fed’s monetary policy will continue, at least over the next few months. However, there are still doubts regarding the impact his  appointment will have on financial regulation (for more detail, see the Focus «A new Fed Chair: a new attitude?» in this Monthly Report).

The bond markets remain relatively stable. Apart from a slight upswing early in the month, sovereign bond yields from the developed bloc remained relatively flat in November. In the US, short-term bond yields ended the month slightly up but this improvement was only partly passed on to the longer part of the curve, with the 10-year bond yield ending up at 2.4%. The risk premia of European periphery countries performed positively. Spain saw temporary upswings throughout the month but its risk premium finally stabilised at around 110 points while, in Portugal, it continued to fall. Stability was also the dominant trend in corporate bond markets in November, except for a slight temporary rise posted mid-month by high yield corporate bonds, both for European and US firms.

The euro appreciates again against the dollar. After correcting part of its strong appreciation throughout the year, the single currency once again rose in value to above USD 1.19. One of the main reasons for the euro’s slight appreciation in November was uncertainty regarding US tax reforms. However, as these reforms made progress, the dollar started to stabilise towards the end of the month, keeping the euro-dollar exchange rate at USD 1.19. Most of the emerging currencies appreciated further against the dollar in November. One notable exception was the Turkish lira, which continued to lose value given tensions with the US and President Erdogan’s repeated criticism regarding the need to tighten up monetary policy to combat inflation.

Emerging stock markets return to gains after an uncertain episode. Since the summer a pattern has appeared for emerging equity: increased risk aversion leading to losses on emerging stock markets that quickly recover their upward trend supported mainly by the good macroeconomic outlook. November was no exception, with marked losses in the first few weeks which were then offset by considerable gains in the second half of the month,  although signs of weakness returned in the last few days. For the whole month, the MSCI emerging markets index grew by 0.2%. While the Chinese stock market showed signs of a slowdown (–2.2%) and the Turkish market posted further losses (–5.6%), most of the rest of emerging stock markets ended the month with gains.

OPEC confirms expectations and extends production cuts. At its meeting in Vienna on 30 November, OPEC members and allies announced that the production cap would be extended until the end of 2018. The cartel was confident that its decision to limit production to 1.8 million barrels per day would help to rebalance the market. The oil price had fluctuated all month above USD 60 due to anticipation of OPEC’s decision. Russia’s indecisiveness as to whether it would support the agreement had also led to uncertainty. Nevertheless the price of a barrel of Brent oil came close to USD 64 after the announcement. Although the organisation’s efforts should help to rebalance the marked over the coming months, we expect the rise in the price of crude oil to be limited, mainly due to a possible recovery in US shale production. The new record set by US crude oil production at the end of November is a reminder of the need to remain cautious regarding future oil prices. 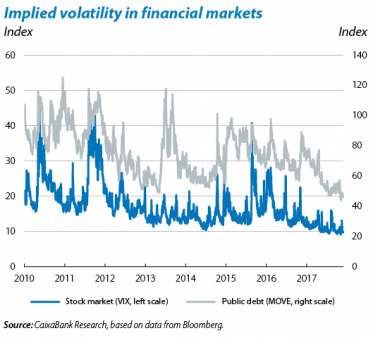 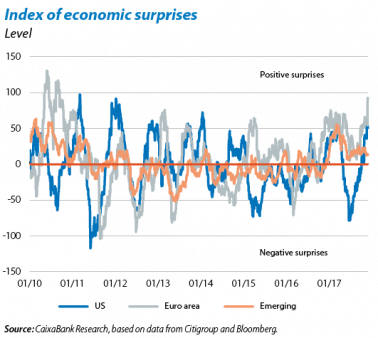 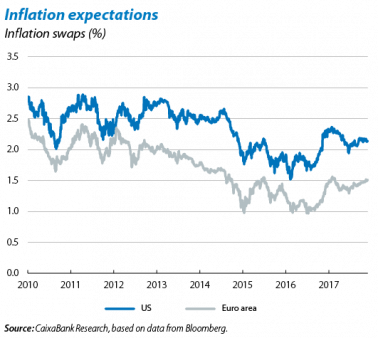 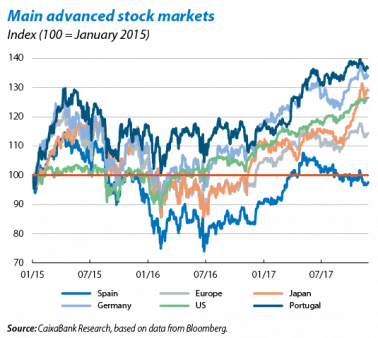 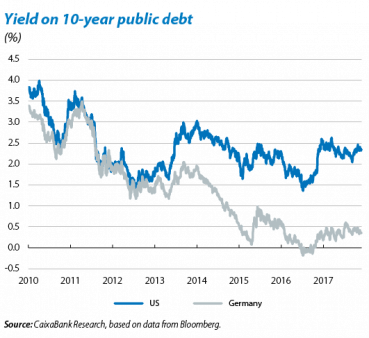 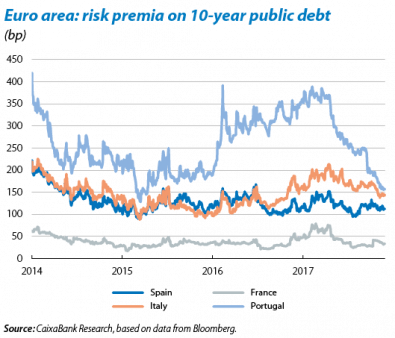 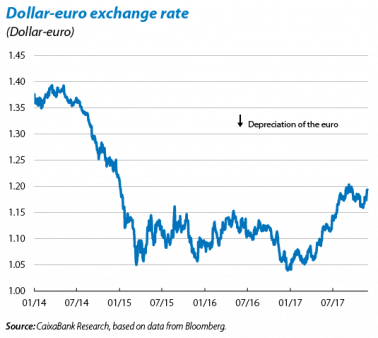 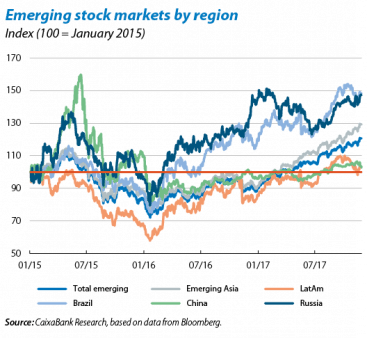 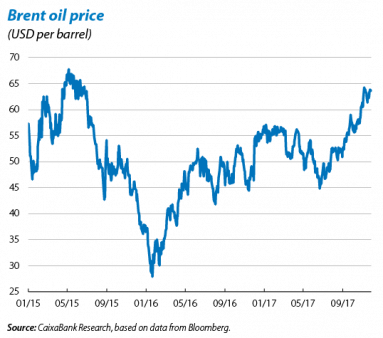