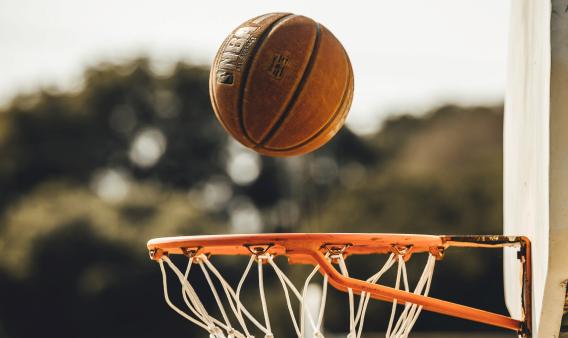 The international stock markets have undoubtedly been one of the sectors that has best weather the COVID-19 shock. During the first wave of infections, the stock market indices plummeted by some 30%-40%. Since then, while there have been ups and downs and differing performance depending on the sector and the market, the rate of recovery has been nothing short of spectacular. In the US, for instance, the stock market recovered its pre-COVID level just six months after the outbreak of the pandemic, while in the case of the aggregate level in Europe (EuroStoxx 50) this milestone was not reached until a year later. In both cases the recovery was much faster than in other crises,1 as well as compared to the recovery of the real economy (see first chart).2 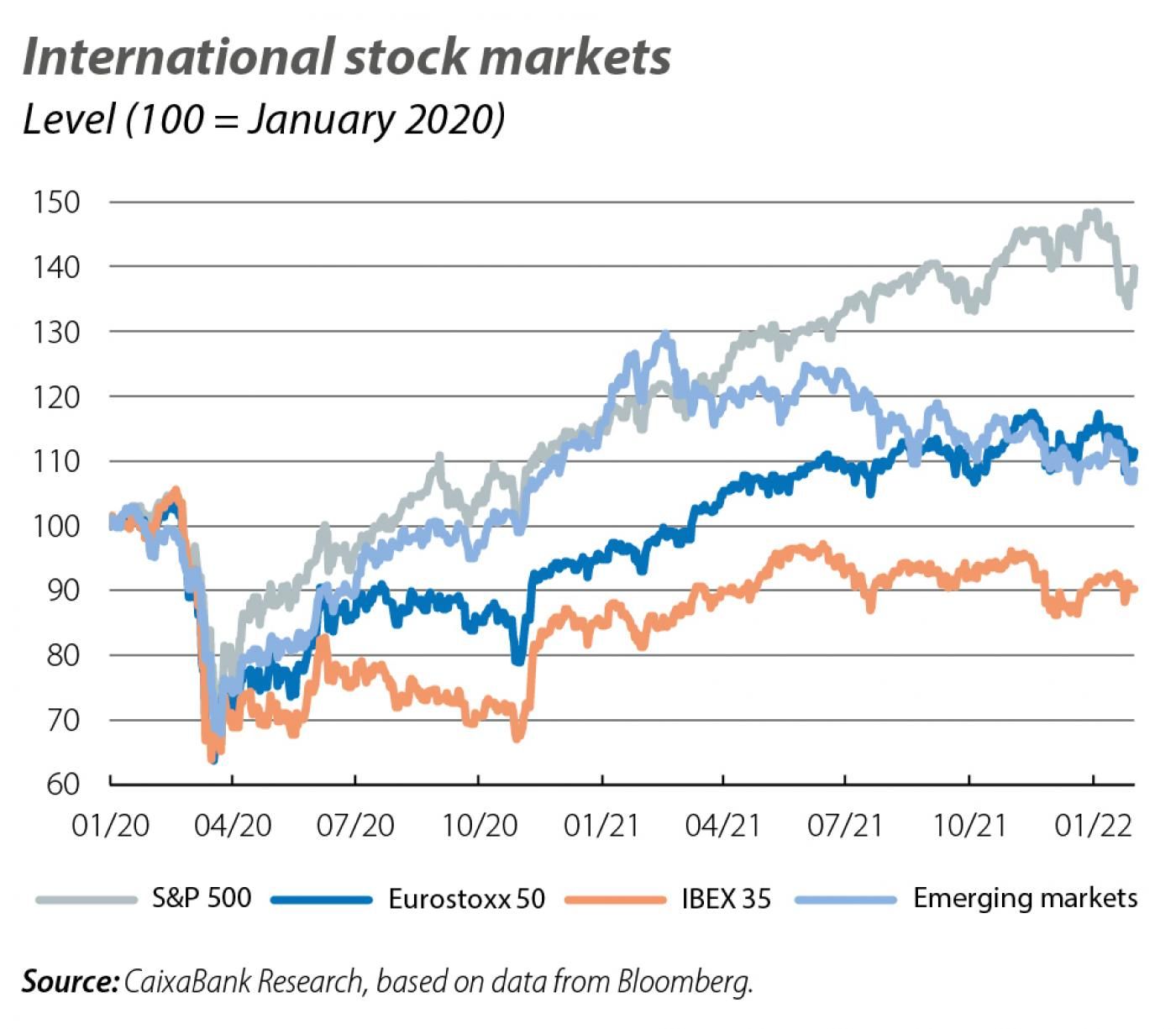 As a result of this rapid recovery, equity valuations, which in some regions were already at historically high levels at the beginning of the pandemic, have risen even further and have soared beyond the levels considered consistent with the fundamentals according to some models. As a benchmark we use the CAPE (cyclically adjusted price-to-earnings) ratio, proposed by the economist and Nobel laureate Robert J. Shiller, which divides the total capitalisation of a stock index by the average earnings reported by its constituent companies over the past 10 years. A high CAPE ratio exceeding the historical average indicates that the price paid per share, or the aggregate index, reflects factors other than business performance, such as expectations of a future increase in earnings, which has repercussions for the interest rate at which they are discounted. Therefore, it may reflect overvaluation in the stock markets. 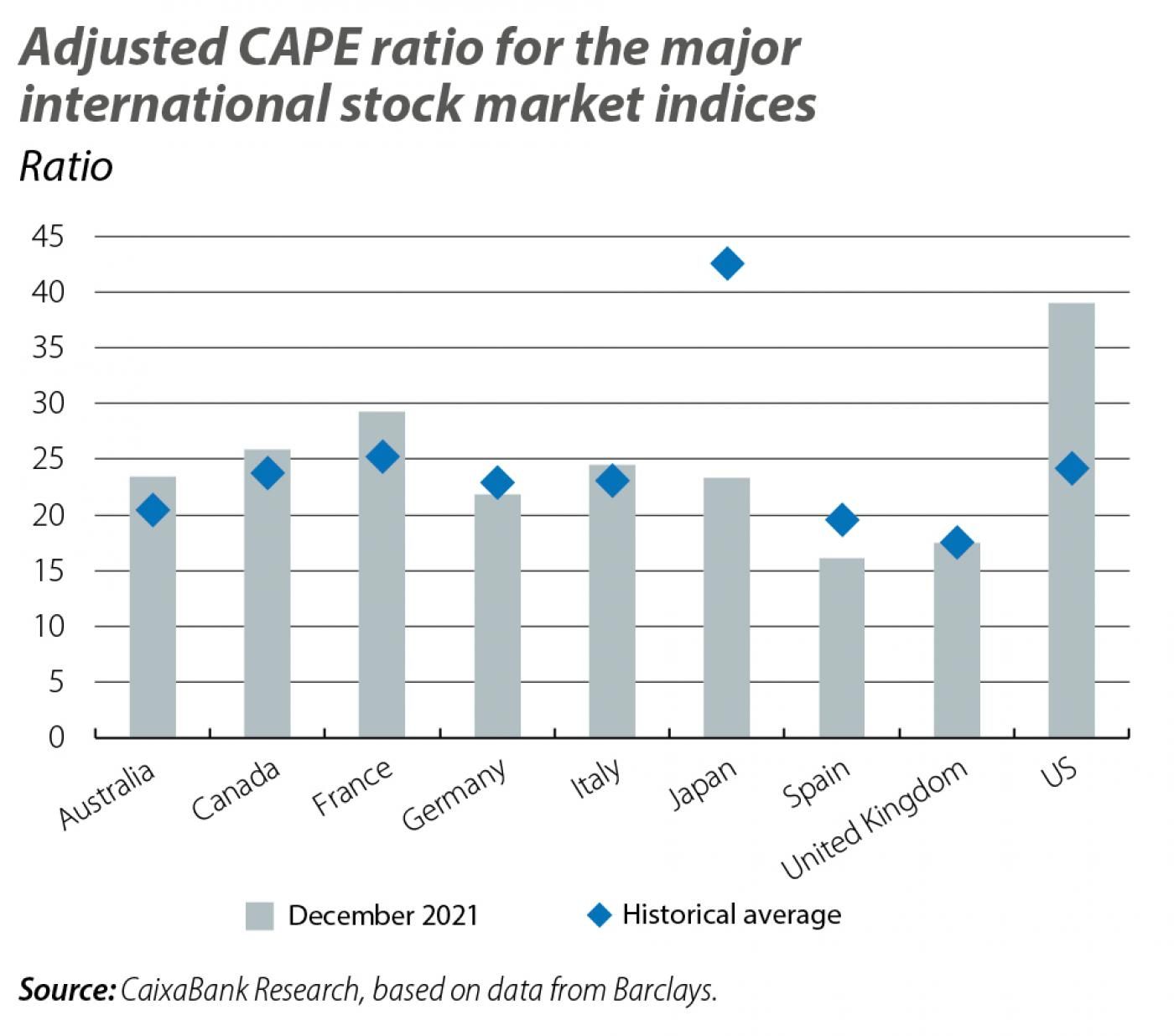 With the business cycle already well advanced and the outlook for corporate earnings affected by the possible persistence of inflationary pressures and the shift in monetary policy, we wonder: has the time come for the unexpected stock-market correction?

Moderation rather than correction

These forecasts exceed estimates from more conventional models, such as those which attempt to predict the target value of the stock market index on the basis of expected cash flows, expressed in net present value.3 For the S&P, for example, such a model would suggest a return of less than 5% for both 2022 and 2023, notably below the 9% historical average. The high CAPE ratio would also be consistent with more modest gains in the equity markets.

However, it should be noted that such models have tended to underestimate stock market returns in recent years. Like the Bloomberg analyst consensus, we think this pattern is likely to be repeated this year for a variety of reasons.

Firstly, we expect global GDP to continue to expand at a solid pace in 2022, exceeding potential growth in most countries. To a large extent, we attribute this outlook to the strength of demand, which has been supported by strong job creation, the accumulation of savings and the adaptability that economic agents have shown in the face of the recurring shifts in the pandemic.

On the other hand, despite the ups and downs of recent weeks, investors started the year with a risk appetite similar to that observed on average in 2021. Furthermore, this has been in a context of negative real interest rates, a factor which should support equities. Thus, implicit volatility in the equity markets has remained relatively contained, even during the period of financial stress in late 2021.

Finally, despite the withdrawal of some of the stimulus, monetary policy will remain largely accommodative; the central banks will stay active in the bond markets while official interest rates will remain very low in historical terms. As for fiscal policy, its restrictive bias in 2022 primarily reflects the expiration of many of the benefits approved during the pandemic in 2020-2021, rather than fiscal consolidation measures such as potential tax hikes.

Overall, we think these factors will allow the major stock market indices to report gains this year, albeit most likely at rates below those registered during 2021, perhaps more in line with the historical trend. At the sectoral level, the more cyclical ones (such as energy and the financial sector) are expected to register their best returns this year, a pattern which could benefit the European indices more (compared to the US indices).

What could go wrong?

Developments in the pandemic remain one of the main risk factors for this year’s equities outlook, not only because of what a further deterioration in the infection curve could mean for the recovery of demand, but also because of its possible impact on supply and, therefore, on inflation, the other major risk for this year. Indeed, the persistence of the bottlenecks and the inflationary pressures could accelerate the central banks’ withdrawal of the monetary stimulus and, ultimately, could tighten financial conditions.

On this point, however, it is important to note that with the roll-out of the vaccines, the negative impact of each wave of COVID on the real economy and on the financial markets has been declining, as consumers and businesses have learnt to live with the virus. Governments have also shown greater resistance to introducing very strict restrictions on movement. In addition, companies have managed to transfer part of their cost increases to their sale prices without affecting margins, at least so far. In fact, according to the analyst consensus, the companies of the S&P are expected to slightly increase their margins this year.

Finally, economic policymakers have been very reluctant to allow sustained stock-market declines or severe adjustments in credit conditions, keen to avoid a scenario in which the health crisis triggers a financial crisis. Indeed, despite the withdrawal, the central banks have left open the possibility of reintroducing the stimulus, if necessary, to mitigate the potential damage of a new negative shock or black swan.