When President Barack Obama visited Saudi Arabia to talk to King Abdullah last 28 March, he met with a concerned monarchy. The Arab country is the world's biggest oil producer (almost 10 billion barrels a day out of a total of 90 billion) and has considerable reserves. For many years this dominance has afforded it the role of regulator for the global price of crude which, together with an 80-year strategic alliance with the US, has provided the theocratic regime of the House of Saud with stability. This privileged situation is now changing, however. The production of shale oil and gas (oil and gas extracted from layers of shale using the technique known as fracking) is the main reason for this change in panorama.

And the US is precisely the top producer of unconventional hydrocarbons, severely reducing its dependence on oil imports. In fact, it might even take over from Saudi Arabia as the world's biggest producer by 2017 and grab, or at least contest the country's role as the regulator of crude prices. This shale revolution means that the supply of oil is becoming more abundant and elastic; i.e. offering more capacity to increase production when demand rises, leading to more stable oil prices. A contained, less volatile oil price than we had become used to is good for the advanced economies: the general CPI will be more in line with core inflation and household and corporate budgets will benefit from lower energy bills. However, this is a huge drawback for the countries on the Arabian Peninsula. Saudi Arabia's public coffers have benefitted from rising crude prices for years and if the price stabilises, its revenue will stagnate, affecting its public accounts. According to the IMF, Saudi Arabia's fiscal balance would go from a surplus of 7.1% of GDP to a deficit of 2.2% in 2019 and its current account surplus would fall from 15.8% to 9.9% of GDP. With such forecasts, the private sector will have to make a significant effort to save in order to finance its desired level of investment.

Added to Saudi's economic problems are three geopolitical issues. Firstly, the Arab Spring stirred a source of instability (particularly with the emergence of groups such as the Muslim Brotherhood in Egypt), jeopardising Saudi Arabia's role as a reference in the Sunni world. A second problem is Shi'a Iran, which could increase its production of 2.8 billion barrels a day, as well as smooth over its differences with the US. This would shift the region's centre of gravity slightly towards Iran. Third is the question of the country's complex political succession. King Abdullah is in his nineties but Crown Prince Salman, his official heir, has health problems, which is why Prince Muqrin, himself in his seventies, has been positioned as the first in line of succession, which would result in an uncertain leadership. Given such challenges, western diplomacy will have to tread very carefully in the Arabian Peninsula over the coming years. 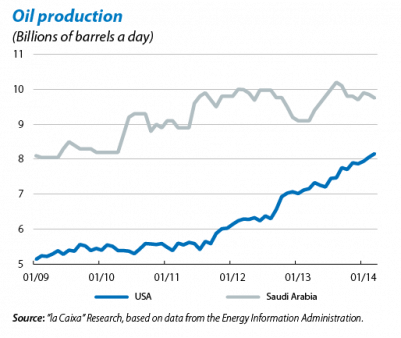 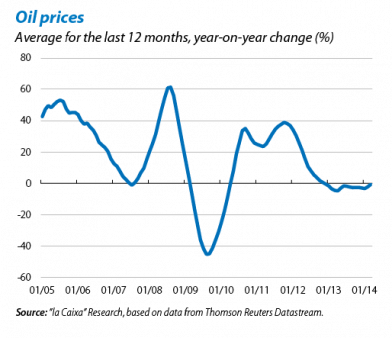 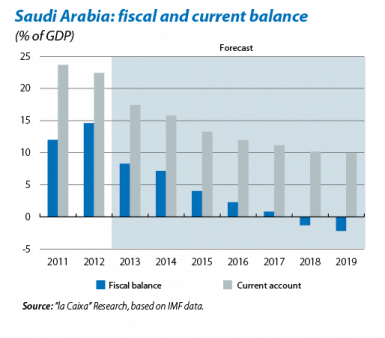