Although the recovery has been underway for several months now, the labour market continues to be a source of concern in most developed countries. The number of unemployed is still very high, resulting in the sensation that the recovery is failing to reach the whole population, undermining the morale of those who have been unemployed for a long time and leading to a perception that the tools available to economic policymakers as few and inadequate. This Dossier analyses the extent of the challenge posed by unemployment and particularly some of the policies to tackle it.

Leaving aside their differences, most advanced countries are undoubtedly facing a considerable challenge. Europe's unemployment rate is still hovering around 11%, a figure that had not been reached since the 1990s, the decade when the historical series began. Spain and Greece stand out in this area, both with unemployment in excess of 20%, but in countries such as France and Italy the unemployment rate is also historically high in relation to their standards and, even more alarming, it has hardly fallen over the last few quarters.

We also need to bear in mind the fact that the unemployment rate does not entirely reflect the impact of the recession on the labour market. Many people, after a long time spent looking for work, have become discouraged and given up. Specifically, in the euro area as a whole, 6.3% of the inactive population stated that, although they would like to work, they were no longer seeking employment. In Italy this figure reached 13.9%. Even in the US, a country where unemployment is now close to its pre-crisis level at 5.3%, broader measurements of unemployment raise doubts regarding the extent of the recovery for the majority of the population. For example, the so-called U6 unemployment rate, which includes the under-employed (employees working part-time involuntarily for economic reasons), is still 10.4%.

Such an economic and social situation therefore requires action. Obviously the main policy to combat unemployment is economic growth. The labour market tends to be relatively slow in reacting to changes in the economic cycle and this expansionary phase is no exception. When activity started to pick up, the labour market found it difficult to recover and expressions such as «jobless recovery» started to appear. However, over time, in those countries where growth has gained a foothold, such as the US, United Kingdom, Germany, Spain and Ireland, employment has finally started to increase. Consequently, all those reforms attempting to improve growth capacity can and should be considered as additional ways of reviving the labour market. This kind of action is particularly necessary in countries such as France and Italy whose recovery is very modest at present, both in economic and labour market terms, and whose medium and long-term potential growth raises serious doubts.

In spite of the positive impact of the recovery in economic activity on the rate of job creation, the high volume of unemployed workers forces us to look for additional measures to boost the labour market. Ultimately the aim is not only to create jobs to combat the social consequences caused by such a large number of people being unemployed for so long: the situation is also urgent because the knowledge and skills of the unemployed gradually deteriorate if they do not find work relatively quickly, so it becomes increasingly difficult for them to rejoin the ranks of the employed. There is therefore the risk of a considerable percentage of the unemployment rate today becoming structural. Should this happen, it would lead to a reduction in the long-term growth capacity of the economy as a whole. In fact, available estimates point to a dramatic increase in the structural unemployment rate in many advanced countries over the last few years although there are serious doubts regarding the reliability of these estimates.

Whatever the case, one of the main causes for concern is the large number of long-term unemployed. A person who becomes unemployed remains so for 10.8 months on average for all OECD countries as a whole; in countries such as Italy and Ireland this figure rises to 16 months. As has already been mentioned, such a situation has serious repercussions. The most obvious and worrying is that the likelihood of finding a job decreases over time: in the euro area this rate is 8% for those who have been unemployed for between one and three months but falls to 6% for those who have been out of work for longer than 12 months. In Spain, according to estimates by De la Rica and Anghel (2014), a person who has been unemployed for less than two years has a 50% greater chance of finding work than someone who has been unemployed for longer than two years, all things being equal.1 Moreover, after a period of unemployment, the wage someone receives is usually lower than their last wage, a gap that widens depending on how long they have been unemployed.2

Given this situation, it comes as no surprise that active and passive employment policies have now become a main focus of debate as they could be very useful in improving job creation if implemented properly. Three broad conclusions can be drawn from the analyses carried out by the next three Dossiers, all examining the key aspects that determine the success of such policies. Firstly, good coordination between active and passive policies is essential in order for them to be effective. For example, a well-designed active policy could help someone receiving unemployment benefit to use all the resources available effectively in order to find a job. Secondly, employment offices need to operate efficiently. The work carried out by job placement agencies improves substantially when they can identify the characteristics of each unemployed person quickly and effectively and propose the appropriate solutions for each case. In this respect, new technologies such as big data represent an opportunity to improve the effectiveness of state employment agencies as they help to identify the profile of the unemployed person and offer a tailor-made response almost immediately. Lastly, active policies are essential in order to minimise the decapitalisation of someone who is without a job. Training, for instance, can be a significant means of improving the employability of unemployed people when it is provided properly, especially for the most vulnerable groups. A proper system for providing training is fundamental to ensure its quality.

In summary, developed countries are facing a huge economic and social challenge. The economic recovery, which is gradually gaining traction, is helping the labour market to improve but there is no room for passivity. The number of unemployed is still very high and their situation is becoming more delicate by the day. Improving active and passive policies is one of the areas where action can be taken to speed up this improvement in the labour market. The situation is urgent and there is no time to lose. 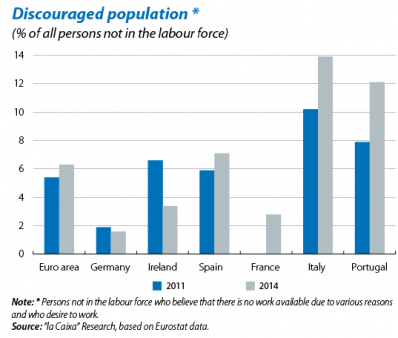 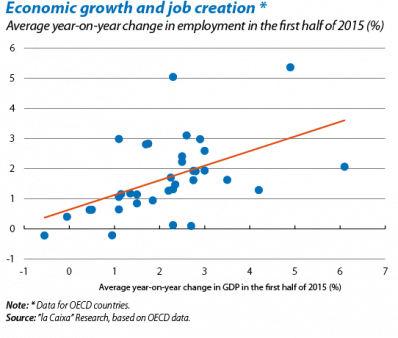 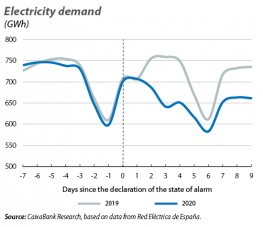