Wages and the economic cycle: an approach using the Phillips curve

The trend in wages is once again at the heart of economic debate now that Spain's recovery is gaining momentum. The main reason is that, although the labour market is improving month by month, the unemployment rate is still very high. This Focus looks at the historical relationship between wages1 and unemployment (known as the Phillips curve)2 in the Spanish economy to determine the most likely trend in wages over the coming quarters.

In 2007, the year prior to the start of the economic recession and after a highly expansionary decade, wages rose by 4.7% in nominal terms (1.9% in real terms) and the unemployment rate remained relatively low (8.2% on average). As from 2008 there was a sharp adjustment in the labour market characterised by high job losses while wages increments started slowing down (see the first graph). Specifically, for each percentage point of increase in the unemployment rate, the growth in wages fell by 0.45 pps (0.35 pps in real terms). This sensitivity is comparable, albeit somewhat smaller, to the one seen during the 1992-1993 recession, namely –0.65 pps in nominal terms (–0.37 pps in real terms), revealing that, in Spain as in other advanced economies, growth in wages falls during a recession.

But this behaviour is not the same during recoveries. In particular, at the start of an expansionary phase and while unemployment is still high, wages respond less readily to improvements in the economy and generally only start to pick up once the unemployment rate falls below its structural level.3 If we look at the exit from the 1993 recession we can see that nominal wage increases remained stuck at around 3% in the period 1994-2000, an increase below the inflation rate, which was 3.2% on average for the same period. The growth rate of wages did not rise until the unemployment rate fell below 12%, approximately.4

In the current economic recovery, although the job creation rate stood at a notable 3.0% year-on-year in 2015 Q2 according to the LFS, the unemployment rate is still very high (22.4%). Given this situation, and while there is no significant drop in the unemployment rate, wage rises for the economy as a whole are likely to be limited, as predicted by the Phillips curve at the start of an expansionary phase. However, an analysis by sector reveals that not all industries are at the same point in the cycle. Consequently, wages are expected to rise sooner in those sectors less able to increase their production using available labour resources.

In conclusion, wages are a key factor for corporate competitiveness and their behaviour should therefore be monitored very closely so as not to jeopardise the gains in competitiveness achieved over the last few years. In order to avoid this risk, as recommended by the IMF in its annual report on the Spanish economy, it would be advisable to link wages more closely to the specific conditions in each sector or company.

1. Wages are defined as the salary paid to full-time employees in the National Accounts system.

2. The original work by the New Zealand economist, William H. Phillips (1958), found a negative relation between growth in money wage rates and unemployment in the United Kingdom.

3. The structural unemployment rate is the one that corresponds to an economy whose production reaches its potential and, as such, is not directly observable. 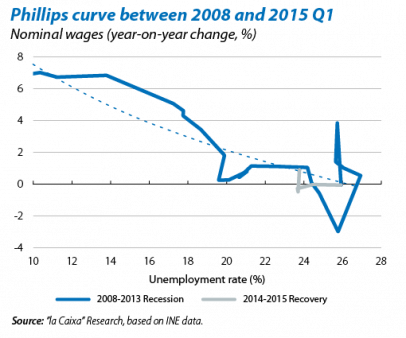 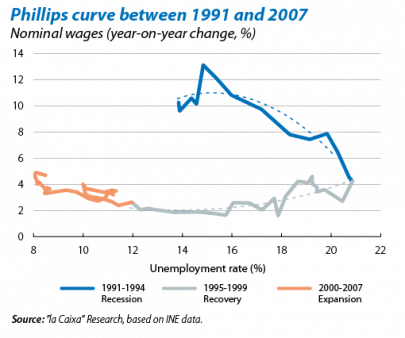 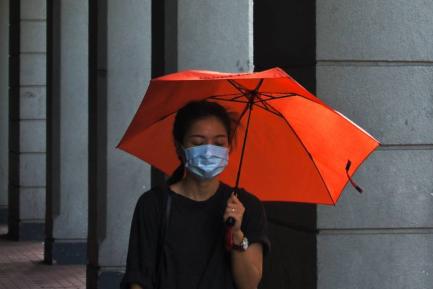