US fiscal policy has been taking up a lot of space in the media lately, first because of the arduous negotiations over plans to curb the effects of the COVID-19 crisis and, later, due to the new stimulus packages proposed by the Biden administration. In this context, another element has appeared on the radar which promises to gain prominence in the coming weeks: the proximity of the debt limit, or «ceiling», and the need to resolve this situation by the end of October so that the government can fund itself normally. There is a feeling that the current US administration is approaching a cliff edge with regards to the public accounts. 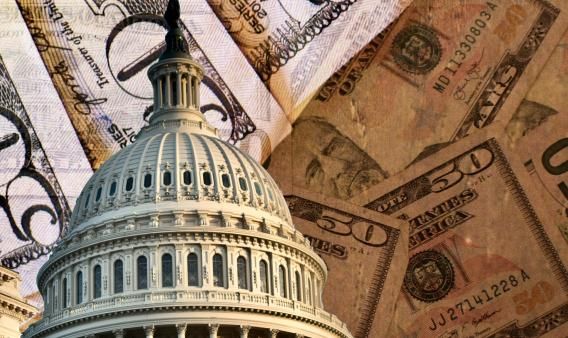 What is the debt ceiling?

The debt ceiling sets the maximum volume of debt that the US Treasury can have at any given time. In short, it is one of the various measures used by Congress to control the government’s handling of the public accounts.

Congress voted in July 2019 to suspend the debt ceiling until 31 July 2021. Thus, on 1 August it was restored at an amount equal to the previous limit of 22 trillion dollars, plus the debt accumulated since then, which amounts to 6.4 trillion, placing the current limit at 28.4 trillion (see first chart). 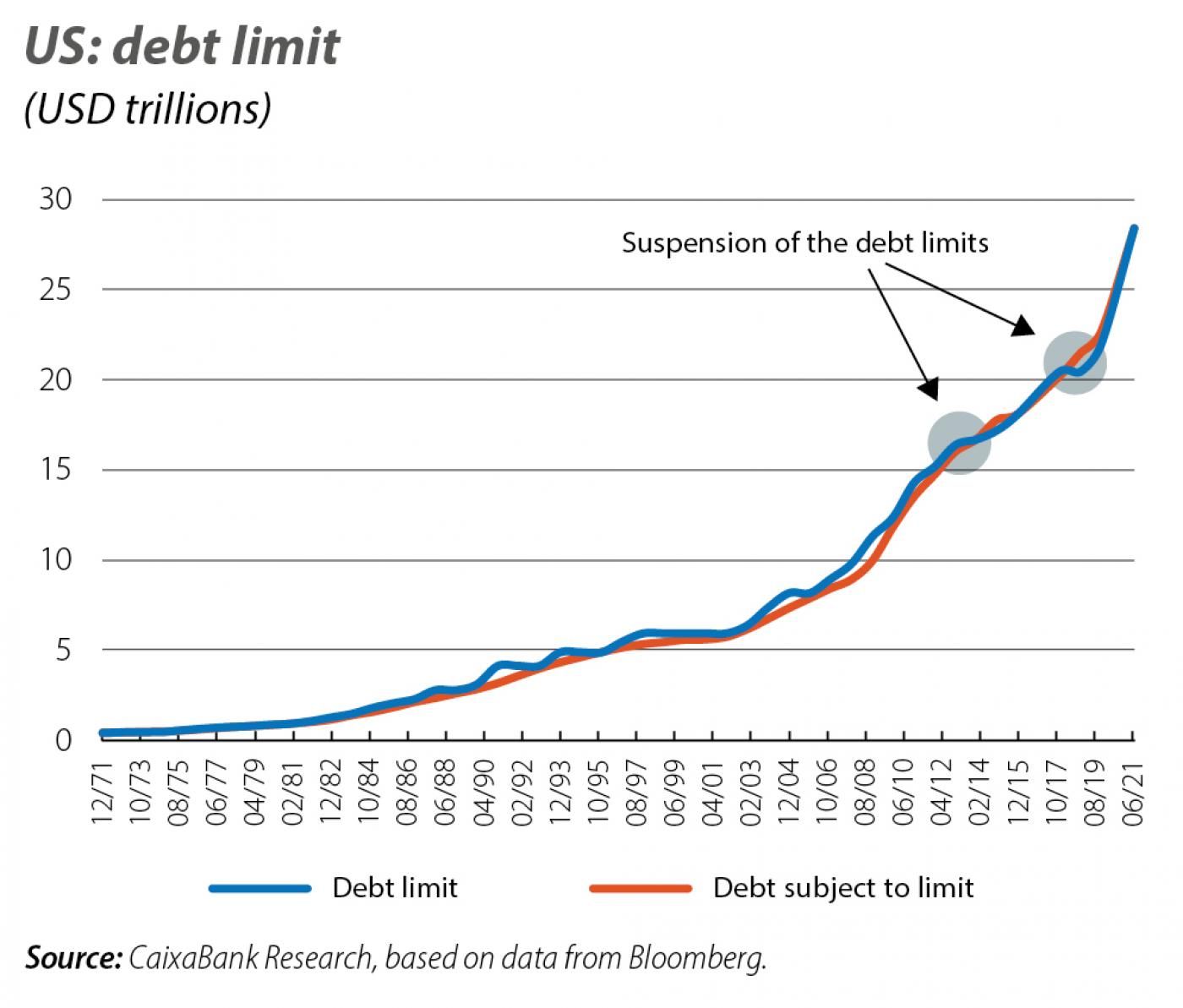 When the debt limit is reached, as is the case today, the Treasury employs extraordinary measures to obtain temporary funding capacity in order to meet its obligations until an agreement is reached in Congress to raise the ceiling. These measures relate, for instance, to the suspension of contributions and reinvestments of securities issued for various public sector workers’ retirement funds, for the Postal Service pensioners’ health benefits fund and the interruption of contributions to the exchange rate stabilisation fund.1

In the current situation, these actions could provide the government with a buffer of some 340 billion dollars since the proceedings were initiated on 2 August.2 Also, the US Treasury has a liquidity reserve deposited in the Federal Reserve, which as of 2 August amounted to 540 billion dollars. Up until the beginning of September, this buffer had been preferentially used to meet the government’s needs, reducing it to 200 billion dollars, while the extraordinary measures have contributed a smaller proportion for the time being (see second chart). Thus, based on the CBO’s deficit estimates up to September and the volume of the US Treasury’s expenditure in October last year, it should be able to fund all of its expenditure at least up until the end of October. 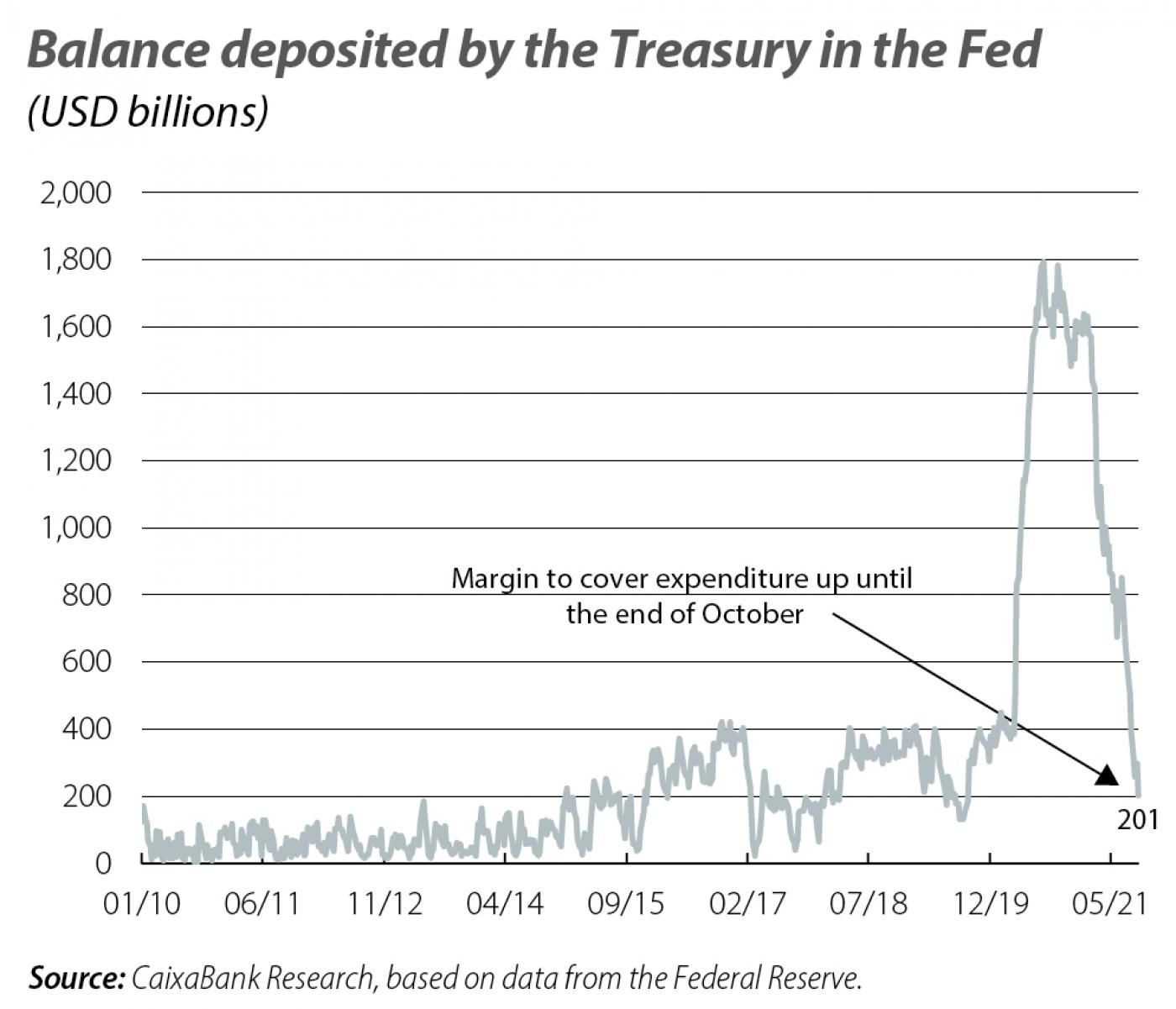 In any case, the Treasury has never exhausted these extraordinary measures before a legislative agreement was reached to raise the debt ceiling. Of the 78 occasions that such a situation has occurred since 1960, in the end the debt ceiling has always been either permanently raised, temporarily raised or its definition has been revised. That said, on some occasions the government has been forced to partially shut down the administration for a few days before an agreement was reached.

In the unlikely event that Congress fails to reach an agreement, the implications would be very varied and most certainly rather negative. Firstly, it could cast doubt over the very solvency of the country, which would impact US public debt securities (Treasuries). In particular, the difficulties in reaching an agreement in 2011 on the extension of the debt limit led Standard & Poor’s to downgrade the US’ rating from AAA to AA+, a move that has not yet been reversed. Secondly, if this situation were to persist it would trigger an increase in instability, which would be most counter-productive in an environment still overshadowed by uncertainty, given the impact of the health crisis and the high levels of indebtedness.

What can we expect in the financial markets? So far, the episodes of stress that have occurred after the debt ceiling was reached have not had a significant impact on the markets. After analysing the last three episodes in which such a situation triggered significant levels of financial stress (November 1995, May 2011 and January 2013), there is no appreciable reaction from the financial markets that is attributable to this factor. Even in 2011, when S&P downgraded the US’ rating, the yield on the 10-year US bond fell by 54 bps, while the 5.7% fall in the S&P 500 is attributable to the impact that the euro area debt crisis and the weakness of the major economies had on investor confidence. There seems to have always been widespread confidence in a resolution being reached in the conflict, albeit a temporary one, so investors have not considered it a real risk to the markets. 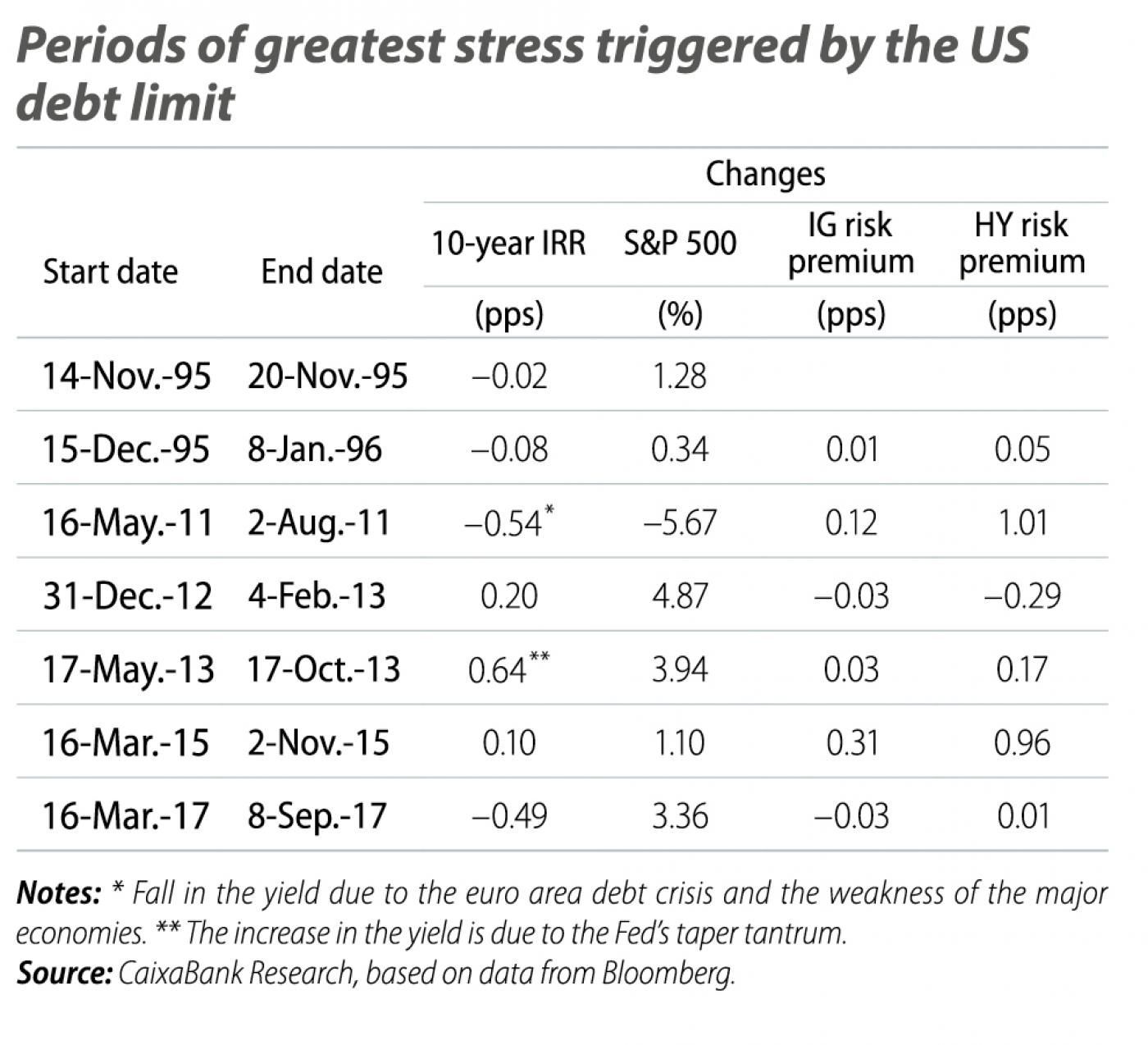 Therefore, our view is that an agreement will be reached before the US Treasury exhausts the extraordinary measures available for it to fund itself, given the political cost this would otherwise have. Furthermore, in this new political phase, there is a certain willingness to agree on fiscal measures. Therefore, and given past experience, we do not expect this factor in itself to trigger any negative reaction in the financial markets, even if the levels of stress in the US resulting from this issue increase over the coming weeks. However, it cannot be entirely ruled out that an agreement will not be reached in time and that the markets will suffer a period of turbulence until the situation is resolved. 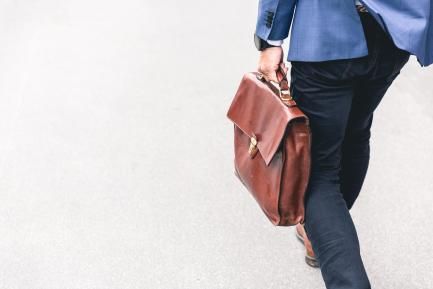 Fiscal activism in the US: a lot of noise and little substance?