The economic recovery is continuing in a more uncertain environment. The euro area's economy continues to grow, supported particularly by domestic demand. For the time being the slowdown in the emerging economies and financial turbulences have had a minimal impact on growth in the euro area which is also sustained by an accommodative monetary policy, a neutral fiscal policy and very low oil prices. In this respect the IMF has revised upwards by 0.1 pp its growth forecast for the euro area in 2016, to 1.7%, in spite of reducing world growth forecasts due to growing global instability. For its part the ECB has also underlined these opposing forces in the euro area's recovery, with headwinds internationally but a rise in domestic demand. The ECB therefore announced that, in March, it would revise its monetary policy and that it might adjust it as it did in December to make sure its objective of price stability remains on track.

Activity continues to grow but at a slower rate. Business indicators available for January indicate that the economy continued growing in 2016. However, both the economic sentiment index and the PMI indices were down on December, although still above the average for 2015 and clearly in the expansionary zone (above 50 points). By country, in Germany the composite PMI fell by 1 pp to 54.5 and the IFO index of economic sentiment fell slightly in January compared with the previous month. For its part France improved its composite PMI slightly although it is still close to stagnation at 50.5. This drop in most activity indicators is understandable given the strong financial instability of the last few weeks but we believe this is a temporary episode, albeit virulent, and therefore expect it to diminish as the solid foundations on which the economic recovery is based are confirmed. Consequently, for the time being we will not make any significant changes to our growth forecasts for 2016.

Demand and investment indicators advance. Retail sales continued to grow at a rate faster than 2% year-on-year in the month of November, following the good tone observed in 2015, although the latest figure is slightly lower than the average for the year. Automobile registrations also grew by 13.9% in December, 5 pps above the average for 2015. These demand indicators underline the strong recovery in domestic demand being enjoyed by the euro area. Investment also shows signs of improvement: industrial production increased by 1.5% year-on-year in the month of November,0.2 pps above the average for the year although slightly below the previous month. The industrial confidence indicator also posted its best figure for the year in December.

Inflation is rising but is still far from the ECB's target. The year-on-year change in the harmonised index of consumer prices (HICP) for the euro area stood at 0.4% in January,0.2 pps above the previous month's figure due to the smaller drop in energy prices and larger increase in core inflation.This rose to 1.0%, 0.1 pps above the figure observed in the last two months, as a consequence of higher prices in the services sector and for non-energy industrial goods.The drop in oil prices is also having an indirect effect on core inflation as it reduces the production and transport costs of companies providing non-energy products and services, as well as household costs. However, we expect core inflation to gradually rise over the next two years as it will reflect the economic recovery. The increase in oil prices forecast throughout 2016 and the first half of 2017 will also have a rebound effect on general inflation, which will end up exceeding core inflation. As from the second half of 2017, when the effects of oil prices diminish, general inflation will once again approach the core figure and the ECB's target.

Exports grow more slowly within an adverse global environment. Exports recorded 1.4% growth year-on-year in November within an uncertain global environment due to the slowdown in the emerging economies. The foreign sector continues to benefit from the euro's depreciation, close to 5% in the nominal effective exchange rate since December 2014, as a consequence of the ECB's expansionary monetary policy. Nonetheless, the euro area must continue to improve its competitiveness to accentuate this good performance by the foreign sector. Meanwhile, the value of imports fell by 0.6% year-on-year as a reflection of the slump in oil prices, as the euro area is a net importer of this commodity. The result of the reduction in imports and increase, albeit smaller, in exports is an improvement in the trade balance of the euro area as a whole to 3.2% of GDP.

The ECB announces that it will revise and possibly reconsider its monetary policy in March. The Governing Council of the ECB did not alter its monetary policy at its January meeting although the institution is still monitoring the risks represented by the slowdown in the emerging economies and financial instability at the start of the year.The euro area's recovery is still on track, boosted by domestic demand, but Draghi stated that global uncertainty and the fall in oil prices are affecting inflation expectations, opening the door to further relaxation in the institution's monetary policy at its March meeting. We therefore expect monetary conditions to remain highly accommodative (see the Focus in this Monthly Report «Discovering monetary policy in the shadow»). To consolidate the recovery,the ECB recommended continuing with a more expansionary fiscal policy and furthering structural reforms. In addition to taking advantage of the current expansionary cycle, the euro area also needs to increase its long-term growth potential by intensifying structural reforms in its economies.

Bank credit will support the growth in domestic demand in 2016. The bank lending survey shows that the criteria to grant loans continued to relax in 2015 Q4, encouraged by the propitious environment offered by monetary policy and thereby boosting domestic demand. This improvement, caused by competitive pressure in the banking industry,can particularly be seen in mortgages and loans to companies (the latter have enjoyed eight consecutive quarters of relaxation). On the other hand, loans for consumption remained practically stable. We expect the conditions for granting credit to continue improving throughout 2016 and that, consequently, they will support growth in the euro area in terms of domestic demand.

The euro area manages to reduce its public deficit and debt within a neutral fiscal environment. The improved economic cycle and low interest rates enjoyed by countries with the single currency meant that the euro area as a whole reduced its deficit for 2015 Q3 to 1.8% of GDP, 0.4 pps lower than in 2015 Q2. This reduction was also the result of fiscal consolidation policies and adjustments being carried out by some countries. In any case, it should be noted that not all countries are in the same fiscal position and those with larger surpluses should take advantage of the margin they have to adopt more expansionary fiscal policies that will boost growth. Sovereign bonds also fell to 91.6% of GDP,0.7 pps lower than in 2015 Q2. While Greece and Portugal have increased their public debt compared with theprevious quarter, Ireland, Italy, France and Germany have reduced theirs considerably. This reduction in debt should continue quickly to reach more sustainable levels, in particular in countries with a high level of debt such as Greece, Italy, Portugal, Ireland and Spain.

Poland's changes in the rules of the game are a cause for concern. In the last few months Poland has made significant changes in the country's regulatory framework which has led the ratings agency S&P to lower its credit rating from A– to BBB+, the first reduction since 1996. Specifically S&P believes that some decisions might weaken its institutions (referring to the Constitutional Court and the independence of the media). In addition to these issues, it should also be noted that the country has adopted a bank rate of total assets of 0.44% which will pressurise a sector whose profitability is already low (in 2014 the return on assets was only 1.1%). Lastly, we should also mention that the government has modified its Budget act, making it less rigorous. Nonetheless, it is important to remember that Poland enjoys a notable growth rate (the preliminary GDP growth estimate for 2015 is 3.6%). 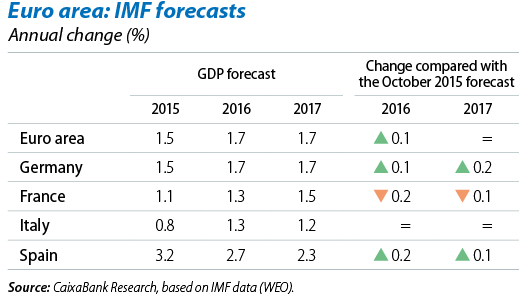 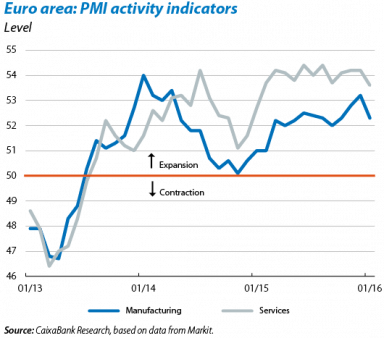 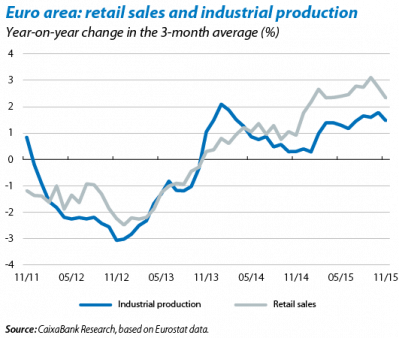 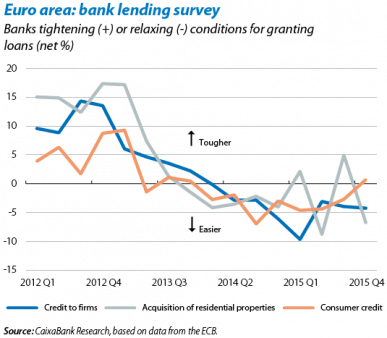 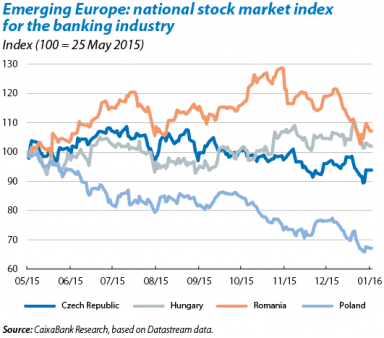