The European Commission has already opened a public consultation to relaunch the debate on the reform of the economic governance framework. The requirements state that the sustainability of the public finances must be assured without jeopardising the economic recovery, and that the rules must be simple and their application transparent. 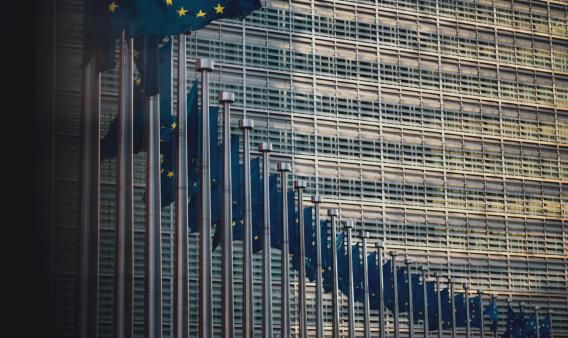 When the economic policy debate makes the newspaper front pages or attracts likes on Twitter, it is usually relating to the national sphere. Only rarely do we witness debates relating to the European sphere. And yet, many of the decisions that set the course of the Spanish economy are taken in Brussels. Prior discussions also take place, of course, but they tend to remain in the background and be more technical in nature. The different voices slowly develop their viewpoints until for some reason, usually a crisis, the pressure increases and an agreement has to be reached urgently. We do not get to witness the negotiations that have taken place in the kitchen, only the final sprint to serve the dish on time. The same thing will probably occur again this year. The menu has already been decided upon and it looks set to be a source of heated discussion. Indeed, the debate among policymakers in Brussels is intense. The only thing remaining is to determine when the food must be served so that the attention of the media can get ready to capture the photo finish. Let us step in to the kitchen for a moment, as it is worth taking a look at what is going on behind the scenes.

Beyond launching the NGEU programme, one of the most important steps taken by the European Commission at the start of the pandemic was to formally allow countries to take robust economic measures to counter the economic impact of the health emergency. Brussels held the key to allow countries to do this, and it used it by letting them temporarily increase their budget deficits and debt levels above the limits set in the Stability and Growth Pact. Europe reacted quickly and decisively. Given that the nature of the current crisis was very different from that of a decade ago, the economic policy response also had to be different. Over the past two years, EU public debt as a whole has increased by 14 pps and ended 2021 at around 93% of GDP, far above the 60% limit. Spain is one of the countries where the increase has been most pronounced, reaching 25 pps, with public debt expected to end 2021 at around 120% of GDP.

But the suspension of the fiscal rules was intended to be only temporary, while the pandemic lasted. Unless a decision is taken otherwise, they will be reintroduced in 2023. In part, this is good news. It means that the end to this terrible crisis is in sight. However, after what has happened, reintroducing the old fiscal rules does not seem to be a good idea. The adjustment of the public finances that would be required could threaten the economic recovery. For instance, in the case of Spain, public debt would need to be brought down over a period of many years and at a rate that could not even be achieved during the very best times of the last expansionary cycle. Alternatively, the stability pact could be reintroduced, but with some flexibility in the rules to allow for breaches, as has been done on too many occasions in recent years. However, this would further erode its credibility. In short, it seems that choosing not to reform the European fiscal framework is simply not an option.

The European Commission has already opened a public consultation to relaunch the debate on the reform of the economic governance framework. The requirements state that the sustainability of the public finances must be assured without jeopardising the economic recovery, and that the rules must be simple and their application transparent. With the experience of the last few decades we already know that combining all these ingredients is not an easy task. But the European Commission is also opening the door to incorporate mechanisms into the framework that encourage economic reforms and that incentivise the investment needed to transition towards a more sustainable and environmentally friendly economy, while also facilitating the process of integration of the Economic and Monetary Union. These are ambitious goals, which inevitably place some of the most sensitive issues back on the European table.

Much of the debate focuses on how to adapt the deficit and debt targets to the new environment. At one extreme, there are those who would prefer to eliminate them and replace them with an institution that would carry out a detailed analysis of the fiscal policy that each country must pursue in order to ensure the sustainability of their public finances. Others prefer to keep the current rules in place, introducing some exceptions, such as excluding from the deficit calculation certain types of investment that facilitate the ecological transition. Conceptually, there is no clearly superior option. They all have their benefits, but also their drawbacks.

This time, however, the Commission invites us to go one step further. Perhaps this is the way in which all the various ingredients can fit together better than they have done in the past. The proposal put forward by the Elcano Royal Institute is along these lines. It is ambitious, realistic and detailed. It proposes a moderate revision of the fiscal rules, maintaining the deficit and debt thresholds as a benchmark but pointing out that, when they are exceeded, the reasons must be taken into account and a distinction must be made between situations that are triggered by temporary economic recession and those of a more chronic nature. It also proposes the creation of a European System of Independent Fiscal Authorities in order to prevent the generation of fiscal imbalances. Furthermore, it advocates the creation of a permanent central fiscal authority in the form of a European institution with resources to promote investment in key areas such as the energy transition. Access to these funds, which would be subject to certain milestones being met and reforms being implemented, ought to introduce the appropriate incentives for European countries to improve both their fiscal and their economic policies. Of course, all this would need to be accompanied by measures to boost the democratic legitimacy of the key institutions involved in this process and, in particular, the European Parliament should play a central role.

These are bold words. A window has reopened for Europe to take a big step forward. No doubt this will once again highlight the tension between the urgency to further shape the European project, because the links that unite us are growing ever greater, and the misgivings fuelled by the mistakes made and the cacophony that reigns in the new media. We must remain vigilant and continue to push to move ever closer to making the European dream a reality.