The Ukraine conflict is nothing more than the canary in the coal mine for the growing instability on the geopolitical stage that we can expect to see over the coming years. The greatest exponent of this heightened instability will be the rivalry between China and the US. 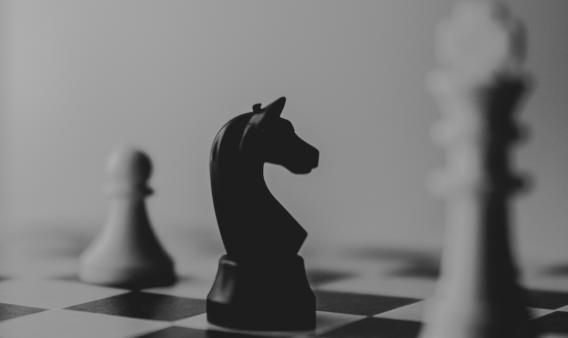 The recovery of the global economy continues to face multiple challenges which, for now, it is managing to overcome thanks to the stimulus provided by the robust expansionary economic policies that have been deployed, the good response of the vaccines to the successive mutations of the virus and the continuous adaptation of the decisions taken by economic agents in response to such a complex scenario. As the IMF recently reminded us in the latest revision of its Economic Outlook, the business cycle will continue to face significant challenges in the medium term, as the unexpected rise in inflation and the emergence of bottlenecks in much of the production chain coincide with widespread high levels of debt, the shift in monetary policy in a number of countries and the uncertainty associated with the evolution of the pandemic. According to the Washington-based institution, the shock generated last year by the mismatch between global supply and demand alone reduced growth by 0.5 pps and raised inflation by 1 pps. Yet despite this, global economic activity grew by 5.9% in 2021 and could advance at rates exceeding 4% in 2022. Therefore, the revival continues to show high resilience and, above all, it is being accompanied by signs of strength in the labour market, as the latest employment data in countries such as Spain are demonstrating.

In this steeplechase in which the business cycle is immersed, the latest stumbling block has been the rise in political risk in January. The threat of a possible armed intervention by Russia in Ukraine, if NATO’s expansion to countries in its sphere of influence (geographic or political) is not halted, marks a new spoke in the wheel of the recovery due to its potential negative effects on growth and, above all, inflation. Assessing how increased geopolitical instability will affect the forecast scenarios is always a difficult task, as its impact is transmitted through a wide range of channels (trade, capital flows, wealth effect, etc.). Furthermore, there are difficulties in modelling the uncertainty associated with these types of events, as it ends up distorting agents’ decisions and causing risk-off movements in the financial markets, as we have seen in much of January.

It is clear that Europe is the most fragile region in the event of an escalation in the tensions with Russia, taking into account its trade and financial ties with the Eastern European country and, above all, due to its high dependence on Russian natural gas (40% of the total imports). The supply shock that would be triggered by a further reduction in the supply of gas to Europe could hardly be offset by an increase in liquefied gas from the US or Qatar, and it would add fuel to the recent rise in prices in the euro area. And let us not forget that the starting point is already very high, with inflation at 5.1% in January and the figure for some of the more sensitive components, such as processed and unprocessed foods, rising to 3.1% and 5.2%, respectively.

The central scenario remains the de-escalation of the conflict in the short term through diplomatic channels. The severity of the automatic sanctions that are being leaked, such as the closure of European capital markets to Russian companies, restrictions on the export of all types of products and even the closure of the financial system’s access to SWIFT ought to discourage an escalation of the conflict, despite the fact that the Russian economy has regained resilience in recent years thanks to the significant increase in its foreign-exchange reserves. The recent decline in gas prices and in the risk premiums of the affected countries (Russia/Ukraine) is consistent with this relatively benign scenario that would allow us to maintain the central forecast scenarios unchanged.

However, we cannot rule out alternative scenarios such as a prolongation of the tensions for several months, with a rise in gas prices to the highs of December (though with no pressing supply problems) or, in the most extreme scenario, some kind of military intervention with a more pronounced rise in the price of gas. Even in a scenario without a serious supply problem, the inflationary pressures in the euro area would be prolonged and would end up filtering down to most of the components of the index. This, in turn, would adversely affect economic activity due to the loss of purchasing power and the impact it would have on the sectors most exposed to energy prices. The ECB’s concern would no doubt be the rise in the risk of second-round effects on prices, forcing it to bring forward its interest-rate hikes. In fact, the markets are raising the stakes and now anticipate a 25-bp rise by the end of 2022.

In an adverse scenario in which Russia significantly reduced its gas exports, the impact on prices and economic activity would be more significant. This could lead to a stagflation scenario, which would hinder the monetary policy response and would not necessarily involve the central bank responding by tightening financial conditions.

The Ukraine conflict is nothing more than the canary in the coal mine for the growing instability on the geopolitical stage that we can expect to see over the coming years. The greatest exponent of this heightened instability will be the rivalry between China and the US, critical for the evolution of key issues such as the future of globalisation and the risk of technological fragmentation. Thus, how to incorporate that geopolitical risk into the analysis and the forecasting models is something we will have to consider and address from now on.