The IMF points to a definitive recovery in the world economy

After several long, tortuous years following the financial crisis in 2008, the world economy is finally getting back to normal. This is the opinion, albeit expressed with a large dose of caution, suggested by the latest reports from the International Monetary Fund (IMF).

The forecasts provided by the recently published «World Economic Outlook» vary little from those published last October. World growth will speed up from 3.0% in 2013 to 3.6% in 2014 and 3.9% in 2015. Geographically, the upwards revisions for the developed countries and downward revisions for the emerging economies offset each other, almost all of these revisions being slight. Perhaps the most important change in the panorama outlined by the IMF is the sharp reduction in the likelihood of another global recession: a remote 0.1% for 2014 compared with the 6% estimated in October. A detailed analysis shows that the overall environment is evolving positively and the recovery should now be entering a sustainable phase, well-grounded and with a broad base (in geographical and sectorial terms). One important condition in this respect is to control and, as far as possible, correct the macroeconomic imbalances (both internal and external). Recent trends and their projections point in the right direction at a global level, albeit with the logical and inevitable exceptions, reservations and sources of risk.

The current pattern of moderation in emerging countries and acceleration in developed ones should help their respective internal balances in terms of output gap and inflation. We should remember that, just a few quarters ago, there were fears of excessive overheating in the former while the spectre of deflation repeatedly hovered over the latter. Now the IMF calculates that, in 2014-2015, the output gap will remain close to zero in the emerging economies and will shrink (from moderately negative levels) in developed economies. It also predicts that inflation rates will remain low and has reduced the likelihood of deflation to insignificant levels in all regions except the euro area where, although this risk has also subsided, it is still a threat. Regarding external imbalances, the IMF expects corrections to continue in the global current account imbalances that have been seen since 2008. This will be helped by the significant readjustments in real exchange rates over the last year, which have tended to correct deviations from fundamental equilibrium levels. The diagnosis is also one of progressive improvement for financial imbalances (levels of debt, asset prices, etc.), as detailed in the Focus «Global financial stability: from liquidity to growth» in this Monthly Report.

Economic policies are crucial to breaking the chain of relapses in growth and financial turbulence seen over the last few years. In addition to helping to control such imbalances, they also need to engage with other challenges such as neutralising geopolitical risks (energy policy, for example), tackling the growing inequalities in the distribution of wealth and increasing the growth potential of economies. Another biannual report by the IMF, «The Managing Director's Global Policy Agenda», identifies, proposes and evaluates the achievements of priority actions in different countries. April's edition provides two notable conclusions. Firstly, the achievement of recommendations has improved substantially compared with two years ago, particularly in the euro area. Secondly, as financial tensions ease, extreme risks weaken and demand improves, the IMF believes the time is approaching to shift the focus of attention away from monetary and fiscal policies to supply policies. Although the formulas for such supply policies are no secret, this message is important because it means the Fund is indeed starting to think in terms of normality. 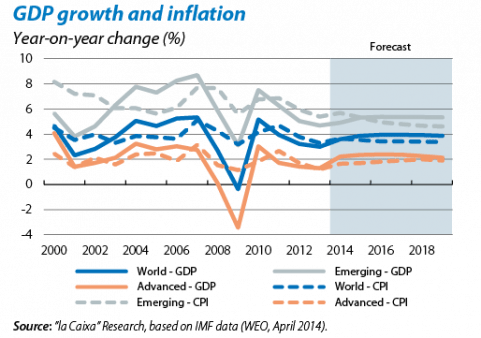 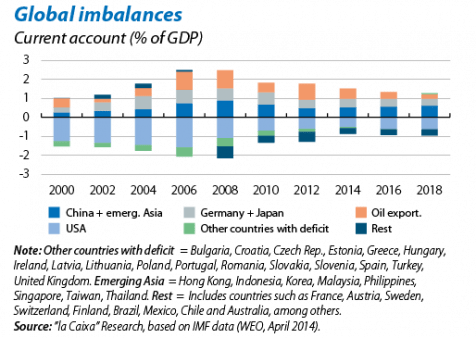