This time monetary policy cannot and should not be the main tool used to tackle the crisis stemming from the war in Ukraine. It cannot, because interest rates are already at very low levels. Moreover, the high inflation is forcing the central banks to act with extreme caution. 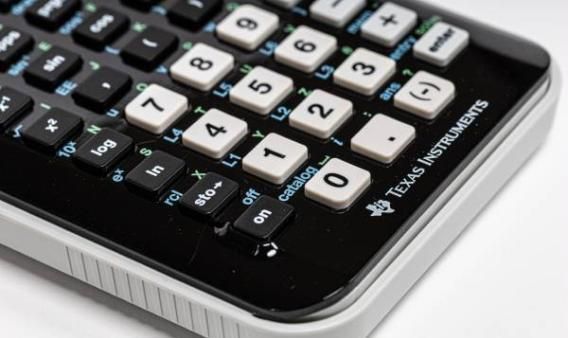 The sharp rise in the price of energy and various commodities will affect our capacity to produce and consume. Indeed, it is already clearly doing so. Let us be clear: the entire European population has become poorer. As major importers of these goods, which are now more expensive, we can spend less on other things.

Not only that: the rise in the price of these products is having a very different impact on different sectors. The most energy-intensive sectors are the ones that are suffering the most as a result of the cost increases. Several subsectors in the agrifood industry are also suffering from the sharp increases in the prices of several commodities that are key for their production processes. Different types of households are also being affected very asymmetrically. Lower-income households devote the bulk of their resources to buying essential goods, which are precisely the ones that are rising the most in price.

Once again, economic policy is the key to dealing with an extremely complex situation. In the last two crises, monetary policy has played a very important role: interest rates have been cut to negative territory and large quantities of assets have been purchased in the financial markets.

This time, however, monetary policy cannot and should not be the main tool used to tackle the crisis stemming from the war in Ukraine. It cannot, because interest rates are already at very low levels. Moreover, the high inflation is forcing the central banks to act with extreme caution. Any move that calls into question their commitment to price stability could make the inflationary shock more costly and more difficult to control.

On the contrary, if the central banks failed to respond to the rising prices and gave the impression that they would tolerate higher levels of inflation, we would expect inflation to likely be above the ECB’s target not only now, but also in the future. That, in turn, would increase the risk of climbing inflation expectations, leading to second-round effects in the form of more persistent wage pressures and price increases in order to sustain business margins. In the end, people’s purchasing power would not change, but we would move into a world with higher inflation that would most likely trigger a stronger response from the central bank in order to regain control.

Moreover, monetary policy is not the most appropriate instrument for combating economic crises that affect different sectors and groups to highly varying degrees. When central banks alter interest rates, they change the financial conditions for the population as a whole, not for specific sectors or groups. And this is, above all, an asymmetric crisis. Thus, fiscal policy must take the lead, and in addition to trying to soften the blow, it must also seek to spread the shock as equitably as possible among the population.

Therefore, the measures taken in this crisis must be at the granular level and must focus on the sectors and groups that are hardest hit. Moreover, given the high level of public debt and the transitory nature that we expect this crisis to have, they should be limited in time in order to avoid a structural increase in public expenditure. In fact, it would be desirable for the measures to be accompanied by medium-term fiscal plans aimed at addressing any doubts over the sustainability of public debt.

It is also important that the measures taken should try, insofar as possible, to make the inflationary shock as short-lived as possible. In this respect, in some cases, limited measures that directly help firms to cushion the sharp rise in their production costs may be preferable to measures that compensate households for the rise in prices. If the pressure on price increases is addressed directly, then the likelihood of there being so-called second-round effects, which would make the inflationary shock more persistent, will be lower. Revising the mechanism used to set electricity prices, in order to mitigate the impact that gas prices have on it, would be one possible approach, although this would not be a strictly fiscal policy measure (rather, a regulatory or quasi-fiscal measure).

Thus, the range of measures that need to be considered is very wide and also includes adjusting tax rates, providing direct aid to the sectors and groups that are hardest hit, and an income deal that distributes the costs of this crisis among the population and businesses as best as possible while trying not to prolong the inflationary pressures. The bulk of the measures approved by the government are along these lines, and they will need to be adjusted over time as the conflict and its economic impact evolve.

Besides the short-term response from economic policy, which is essential for cushioning the shock, this crisis is revealing a major source of vulnerability in our economy: our high energy dependence. It is imperative that we accelerate the energy transition that had already been designed under the umbrella of the NGEU funds, prioritising the timetable for its implementation, if necessary, and making maximum use of the available funds. In both the short and the medium term, it is time for fiscal policy.