While expected, the rise in inflation is causing discomfort due to the high levels that have been reached and the risk of it persisting at those levels for longer than desirable without investors being startled. 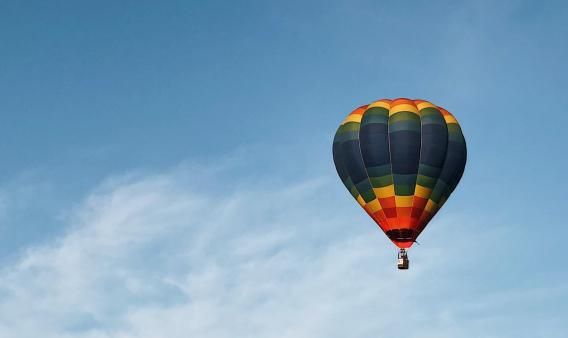 The last few months have seen an acceleration in the vaccination campaigns, an improvement in confidence and an increase in mobility. All of this is reflected in a widespread revival of global demand, taking advantage of both the highly favourable financial conditions and the support of the fiscal stimuli and the release of pent-up savings. Under normal conditions, the flexibility that value chains have provided to global supply should allow that rising demand to be met without too much difficulty. But after a year of closures and restrictions, with little visibility for businesses, it is concerning that neither stock levels nor logistics chains may be sufficiently ready to quickly respond to what is proving to be the biggest rebound in public and private spending in the past 15 years.

As a result, all the good news on the activity front is being accompanied by signs of upward pressure on inflation, the best thermometer for reflecting mismatches between supply and demand. For the time being, the tensions are highly localised in commodities, while broader price readings are far from at worrying levels, indicating that much of the increase is due to transitory factors that should dissipate during the second half of the year. Nevertheless, when inflation has already reached 4.2% in the US (with the risk of it hitting 5% this summer for the first time since 2008) and 2.4% in Germany, it is only normal that investors are beginning to get jittery.

Above all, production prices are already reflecting the price increases in the early sections of value chains, both in the US (6.1%) and in Europe (7.6%). This was to be expected given the shortage of products such as semiconductors, which serve as essential inputs in many sectors. Most concerning of all, however, are the bottlenecks appearing in the labour market. For instance, in the latest ISM manufacturing index in the US, employers have named the difficulties they are experiencing in hiring workers as one of the main sources of short-term concern (ahead of the pandemic), despite the fact that almost a third of the employment lost in the US is yet to be recovered (8 million jobs). While distortions in the labour supply caused by generous government aid or the closure of schools should be diluted over time, we cannot rule out the possibility that the pandemic could have lasting effects on the flexibility of the labour supply.

We wanted more inflation and now we have it, but as the old Chinese proverb reminds us, «Be careful what you wish for... you might just get it». For the time being, the good news is that, following the steepening of the yield curve at the beginning of the year in the US, the markets are reacting very calmly, with virtually no change in future interest rate expectations. In other words, while central banks have spent almost the last ten years fighting a very different enemy (deflation), the markets continue to trust in their ability to take preventative measures well in advance in the event of a rise in the risk of economic overheating. Such early measures would limit the impact that an unexpected rise in prices could have on interest rate expectations and long-term debt yields. For now, there is still some margin between the current yields on the US bond (1.6%) and the levels that could trigger turbulence.

Ultimately, while expected, the rise in inflation is causing discomfort due to the high levels that have been reached and the risk of it persisting at those levels for longer than desirable without investors being startled. In our case, we continue to expect a gradual decline beginning in the summer, although we see more risk in price developments in the US than in Europe. That said, there is no guarantee that the structural factors which have moderated inflation in recent decades (globalisation, population ageing, etc.) will automatically curb a potential surge in prices in circumstances as unusual as these. In terms of the economic outlook, economic policy had never been so expansive when the business cycle is already taking off and, moreover, changes are looming which could affect pricing processes (adjustments to value chains to reduce their fragility, corporate tax hikes, etc.). The key is whether, as many economists believe (including Paul Krugman), we are faced with an economy that is simply skidding around as it seeks to accelerate from 0 to 60 in a short time, in which case inertia will allow it to easily regain stability; or, on the contrary and as another camp of academia believes (Summers, etc.), overheating caused by an excessively expansive demand-focused policy could test the strength of the economic engine. In any case, what seems clear is that this is going to be the topic to watch over the next few months.