Political risk in emerging Europe: how much should we be concerned?

Recently, the main emerging European countries have been in the spotlight of the European because of disagreements with the EU regarding refugee quotas. However, such disagreements have not arisen spontaneously. Behind this situation lie far-reaching political changes taking place in the region since the 2008 economic crisis. An examination of the region reveals that some governments now contain political parties in favour of heterodox policies that break away from the patterns set by Western democracies. These political parties are primarily Fidesz in Hungary, led by Viktor Orbán, in government since 2010, and Law and Justice in Poland (in power since 2015). There is also the ANO11 movement of billionaire Andrej Babiš in the Czech Republic, which has formed a minority government following election victory this autumn, and the Bulgarian far right, which participates in its country’s coalition government. But to what extent does this new political scenario in emerging Europe increase political risk?

To begin with, several democratic quality indexes point to a relatively moderate and recent decline in this variable in emerging Europe. The aggregate index created by the Economist Intelligence Unit, which goes from 0-10 on a scale of less to more democratic, decreased from 6.83 in 2015 to 6.68 in 2016. Poland has particularly declined, due to a low score in functioning of government and political culture. Hungary has also deteriorated notably, albeit to a lesser extent, with a relative negative assessment of political participation. The decline reflects the nature of «illiberal democracies» in Hungary and Poland: greater governmental power, increasing economic interventionism and more control over some of the checks and balances that act as counterweights to the executive branch (courts, media, etc.).

The deterioration in these indexes may be a cause for concern but they should be interpreted with caution. These countries governments combine a populist rhetoric to boost support with a pragmatic stance that tends to prevail or at least temper the scope of the policies implemented. In Hungary, the protectionist measures implemented ownership (higher taxes in telecommunications, banking and energy) have significantly hurt certain strategic sectors with a high percentage of foreign. However, in recent years this trend has been offset by measures such as the 2015 Reconstruction and Development agreement with the European Bank, which includes a reduction in bank taxes in 2016-2019 and less public sector involvement in banking. Poland is currently the main focus of risk in the region. To date, the government is imposing similar fiscalmeasures to Hungary and is involved in a bitter dispute with the EU a over judicial reform which would undermine the independence of judges. However, pragmatism may still prevail. One sign pointing to the pragmatic avenue is that the initial plan to convert mortgages in Swiss francs into the local currency1 appears to have been reconsidered, easing the fears of the banking sector. Another fact reinforces this pragmatic hypothesis: Fidesz and Law and Justice are not newcomers (the first was created in 1988 and the second in 2001) but have shifted from traditional conservative positions to more heterodox positions to broaden their base of support.

So far, financial markets have not severely penalised emerging European countries. Long-term sovereign bonds spreads of emerging European countries with the Germand bund have remained contained, despite some sporadic upswings in Hungary. Here the financial markets have been quite benevolent, believing in the ultimate pragmatic approach. For instance, Hungarian public debt held by foreigners grew significantly between 2010 and 2014, although the proportion has decreased in recent years. The responsible fiscal policies and reduction in the deficit carried out by Orbán’s government during this time have certainly helped Hungary to maintain good access to the financial markets despite its various clashes with the IMF and EU. The scenario is somewhat more disturbing in Poland. Nevertheless any precise diagnosis seems premature after only two years of Law and Justice in government. One of the main focuses of attention in the markets is the impact on public finances of the expansionary fiscal policies undertaken, as it is feared these may lead to an excessive increase of public deficit. S&P has internalised such concerns and, as a result, downgraded the country’s sovereign debt rating from A– to BBB+.

But why is there so much support for non-conventional parties?2 Using data from the European Social Survey of 2012, 2014, and 2016 in Poland, Hungary and the Czech Republic, we note that 47.6% of the explained variance in the vote for these parties is related to cultural and demographic issues, 21.3% to indicators of confidence in institutions and 18.2% to economic reasons. Factors such as religious beliefs, age and concern about inequality emerge as key for voters of these parties. In fact, the increasing inequality in these countries since the break-up of the USSR may have created support for these parties’ policies, which stressed economic and social protection in their political platforms. On the other hand, Europe does not seem to be a predominant factor: only a trivial 3% of the explained variance of the vote for these parties is explained by concerns about the EU. Moreover, the people of Poland and Hungary feel more attached to the EU than the average for Western Europe. However, the importance attached by these societies to cultural factors has led to a considerable degree of opposition to the EU migration policy. As a result, the current pragmatism could mutate into a more belligerent position should these countries feel their cultural identity is under threat due to further migratory pressures not properly managed by the EU.

Finally, we should also look briefly at the geopolitical relations of emerging Europe and the complex balancing act the region must achieve. The Polish and Hungarian governments realise that, although their citizens are relatively pro-Europe, there are issues such as monetary union or the aforementioned migration policy that do arouse considerable opposition.3 These governments have taken advantage of this situation to adopt Eurosceptic positions on these issues and strengthen themselves internally and gain more support. In fact, opposition to refugee quotas in these countries may provide a boost to the Visegrad group, the regional alliance formed by Hungary, the Czech Republic, Poland and Slovakia. Lastly, it is difficult to achieve a rapprochement with Russia that goes much beyond mere strategic interests, as the scars left by the USSR are too recent. Orbán’s approach once again leans towards pragmatism: cooperation with Russia has focused on strategic issues such as the energy industry (emerging Europe is highly dependent on Russia for energy) and trade relations, but has not pursued issues of a more political or territorial nature.4

In short, emerging Europe has undergone some far-reaching political transformations but the political risk is still moderate. It is important not to lose our sense of perspective. To use a weather analogy: there have certainly been some strong gusts of wind but we have not suffered the populist gale predicted by some forecasters. However, the importance attached by these societies to cultural and demographic factors could tempt their rulers to step up the tone and abandon pragmatism, which would intensify frictions within the EU. Let us hope, however, that good judgement and fineza will prevail.

1. More than 500,000 mortgages denominated in foreign currency, mostly in Swiss francs, were taken out by Polish citizens before 2008. The initial plan meant that foreign currency loans had to be converted into zlotys at a historical exchange rate, with banks having to absorbing the resulting losses.

2. We include other parties such as Jobbik (Hungary) and SPD (Freedom and Direct Democracy) (Czech Republic).

3. According to the November 2017 Eurobarometer, 57% of Poles are against Monetary and Economic Union while 43% oppose a common migration policy. 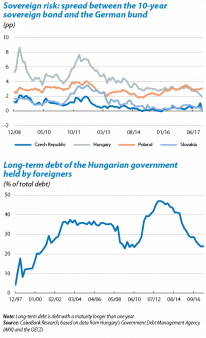 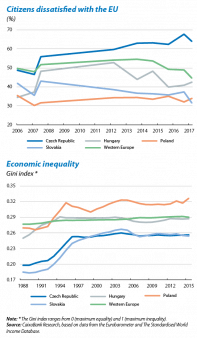 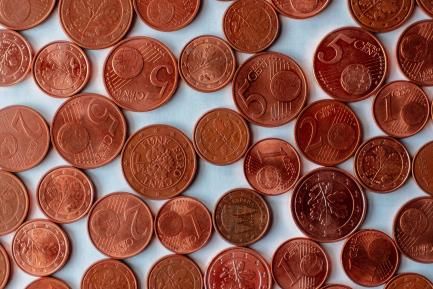