The crisis affecting the euro area in the last few years has highlighted significant deficiencies in its institutional design. This is the context, in particular, for the recent steps taken towards banking union and the greater control now exercised by the EC over each country's economic policy. Another issue that has aroused fierce debate over the last few years is whether mechanisms should be designed to mutualise the public debt of different euro area countries, especially when there are still considerable differences in terms of the cost of debt. The EC has recently published a study that examines this issue in depth.

Specifically, in July last year, the EC appointed a group of ten economists to carry out an exhaustive analysis of the possible advantages, risks, requirements and obstacles represented by partially substituting issuances of public debt at a national level with the joint issuance of debt by the different countries in the euro area.1 The EC asked for two mechanisms to be studied; one by issuing long-term debt and the other issuing short-term debt. In the report published, the group of experts makes it very clear that the decision to implement these mechanisms is strictly political while their analysis is strictly technical. However, in various cases the authors have noted they disagree on several points.

The benchmark used for long-term debt is the proposal by the German Council of Economic Experts, also known as the Debt Redemption Fund and Pact (DRF/P). This mechanism consists of two elements: (i) A fund to which those countries with a public debt greater than 60% of GDP would transfer part of their debt above this threshold. The burden of the fund's debt would be assumed by all countries in the euro area and would be shared out on a pro rata basis according to GDP. (ii) A regulatory framework designed to ensure that all countries transferring part of their debt to the fund take the necessary measures to sort out their public accounts. This fund has been conceived as a temporary mechanism to be used only during the time-line deemed necessary for participating countries to bring their debt back down to below 60% of GDP.

The joint issuance of short-term public debt, known as eurobills, includes debt with maturities up to two years. The case is also analysed of a eurobill issuance limit of 30% of total debt per country. The main aim of issuing eurobills would be to create a safe and liquid instrument which, to the extent issuing limits are not reached, could help weaker countries to access markets at times of greater volatility.

The report's authors disagree as to the scope these measures should take but there seems to be wide consensus that their success depends on the effectiveness of economic governance measures. Here the authors stress that, given the EU's very recent reforms regarding its control over each country's economic policy, it may be considered prudent to collect evidence on the efficiency of such governance before discussing further extensions. This requirement is deemed vital to successfully implement mutualisation instruments for public debt. 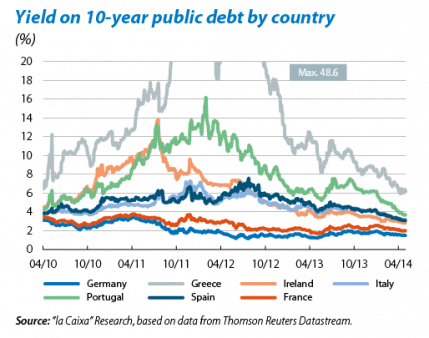 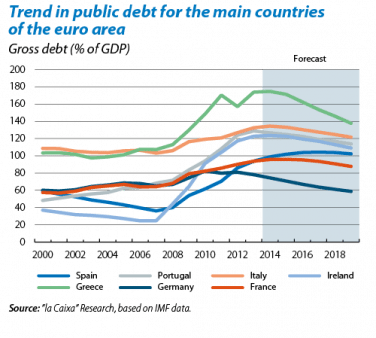