The heavy dependence on tourism sectors has led to the archipelago being harder hit by the economic consequences of the restrictions on mobility and activity, so it was the region that suffered the largest drop in GDP in 2020, 23% compared with a 10.8% contraction of Spanish GDP as a whole. 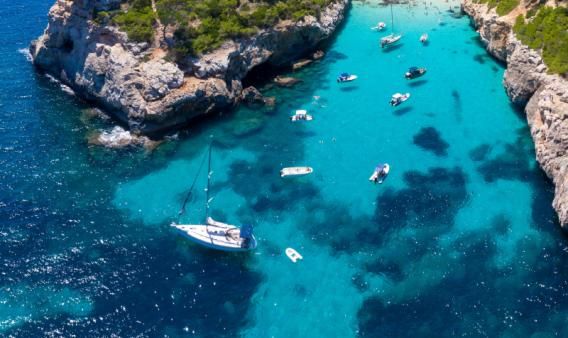 The heavy dependence on tourism sectors has led to the archipelago being harder hit by the economic consequences of the restrictions on mobility and activity, so it was the region that suffered the largest drop in GDP in 2020, 23% compared with a 10.8% contraction of Spanish GDP as a whole.

For 2021, our forecasts suggest that the economy will partially recover, with a GDP flash estimate of 11.9%, which would put it 13.6% below pre-COVID levels. Specifically, we expect an upturn in economic activity in the second half of the year, thanks to the recovery in domestic tourism and the arrival of tourists from the EU, boosted by the Digital Green Certificate, which will facilitate the mobility of the vaccinated population in Europe.

The Balearic Islands recorded a sharp fall in registered workersaffiliated to the Social Security in 2020, –9.3% vs. the Spanish average of –2.1%, despite widespread use of the furlough scheme. Since April, employment has gradually improved, although in August it was still 6.2% below its level in August 2019. The number of furloughed workers has fallen to 17,810, 3.9% of workers affiliated to the Social Security. The unemployment rate, which has typically been among the lowest, rose to 15.2% in Q2 2021 (15.3% on average in Spain), from the 12.1% recorded
in Q2 2019.

Tourism accounts for around 35% of GDP in the Balearic Islands. Its heavy dependence on international tourism, which generated 93% of tourist spending on the islands in 2019, has led to a very steep decline in tourist activity in 2020. Thus, overnight stays by domestic and foreign tourists fell by 89% in this region (compared with 69% in Spain as a whole) and it was only visited by 1.7 million international tourists (12 million fewer than in 2019). The situation has been improving slightly in 2021 and, in July, the fall in overnight stays was reduced to 45% compared to July 2019.

The decrease in the arrival of tourists has also had a significant impact on the Balearic retail trade and it is the region that saw the sharpest decline in the corresponding National Statistics Institute (INE) indicator in 2020 (–14.1% vs. –5.6% in Spain). Nevertheless, a significant recovery in consumption is being observed following the lifting of restrictions; the CaixaBank consumption indicator shows that in September, card spending was 4.8% higher than it was in 2019.

Notes: *The 2020 GDP figure for Autonomous Communities is an estimate made by CaixaBank Research. ** The changes from the same period in 2019 are calculated.

Source: CaixaBank Research, based on data from the National Statistics Institute (INE), the Bank of Spain, the Ministry of Labour, Migration and Social Security (MITRAMISS), the Ministry of Finance and DataComex.

Below we show a series of charts comparing the main indicators for the various regions. 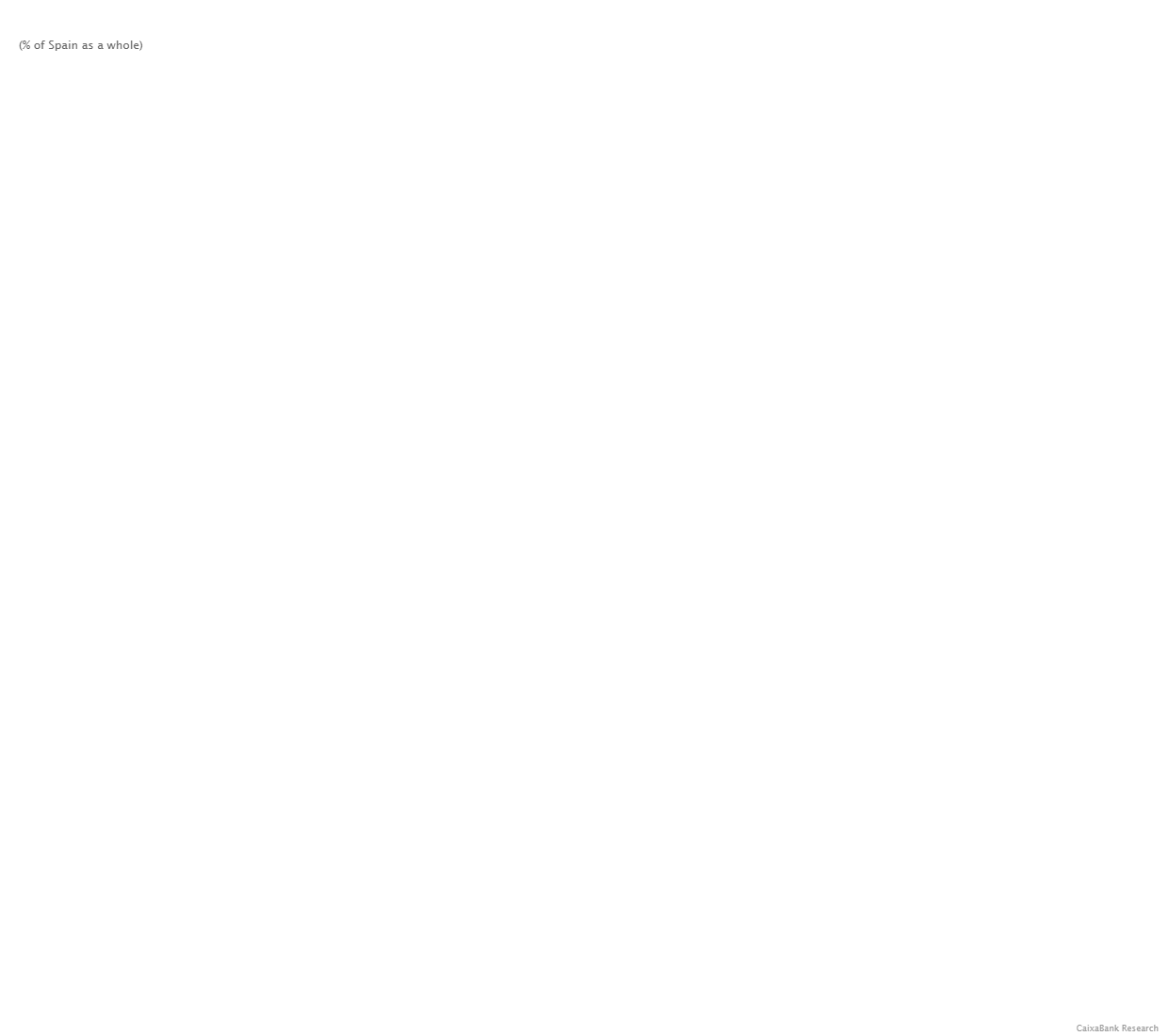