Regulation more appropriate to the nature of the banking sector 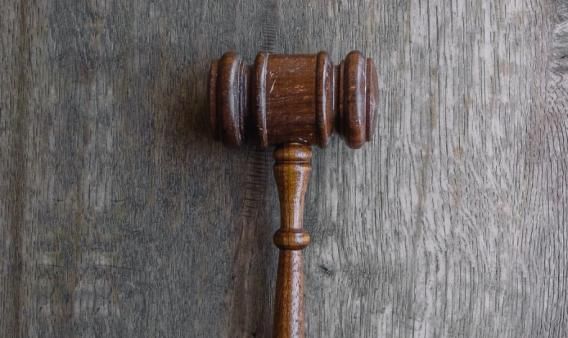 As is well known, the financial system is inevitably subject to asymmetric information problems that can cause conflicts of interest between the different players: borrowers, creditors, shareholders, bank managers, etc. This tends to exacerbate the system’s procyclical nature, that is, the trend for credit booms to emerge in expansionary phases, and it can lead to an excessive accumulation of risks, excessively low levels of capital or misconduct in the commercialization of products.1 In this context, the regulations seek to prevent cycles of excessive credit growth and risk-taking, although this goal is not always easy to achieve, as we saw during the last financial crisis which began exactly 10 years ago.

In this article, we analyse the extent to which the regulatory initiatives adopted in recent years have served to realign past imbalances and to provide the banking sector with the capacity to remain solvent when faced with adverse scenarios in the future. Ultimately, we must ask ourselves whether we have learned the lesson in order to avoid the same mistakes from being repeated. Let’s see if we have managed it.

The last financial crisis highlighted, among other problems, two major sources of financial instability: systemic risk and the excessively procyclical nature of credit.

Systemic risk refers to shocks affecting the financial system as a whole, which can be caused, for instance, by a financial institution experiencing difficulties, as was the case with Lehman Brothers 10 years ago. One of the main causes of this risk is the so-called moral hazard, whereby a financial institution takes excessive risks on the assumption that, before going bankrupt, it would be bailed out with public funds.This problem became particularly evident in those «systemic» institutions, considered too big, complex and interconnected to fail.2 In addition, these institutions benefited from a lower financing cost, as investors took for granted that they were unlikely to be allowed to fail.

Measures have been taken to try to address this problem by strengthening the so-called macroprudential regulation, which seeks to prevent systemic crises and contribute to greater financial stability. To this end, specific capital surcharges have been incorporated into the regulations for financial institutions that are considered systemic and for systemic risks implemented at the global level. These changes were introduced following the financial crisis and are known as Basel 3. In addition, in order to offer a credible solution to this problem, a new resolution framework has been introduced in Europe, making it easier to restructure a financial institution in difficulty and seeking to avoid the use of public funds in this process. This framework requires an institution’s shareholders and creditors to assume the losses (bail in), rather than the taxpayers. For this to be feasible in practice, new requirements for absorbing losses have been established.3

On the other hand, in order to mitigate or smooth out the credit cycles in order to prevent an excessive accumulation of risks (the procyclical nature of the system), Basel 3 has introduced a considerable increase in the capital requirements, both in quantity and in quality. This framework has also adopted a wide range of tools. These include the countercyclical capital buffer, which serves to ensure that capital is accumulated during periods of expansion in order to absorb losses in recessions,4 and other measures related to capital and liquidity (higher risk-weighting of assets, more stringent requirements, reporting requirements, etc.). Besides Basel 3, additional measures can be developed at the national level to control the granting of credit, if the competent authority (usually the central bank of each country) decides to do so. Such measures can include placing limits on loans in relation to their guarantee amount (loan-to-value, or LTV) or in relation to the debtor’s payment capacity (debt-to-income, or DTI).5 All of these measures are useful for mitigating the cyclical trend in credit and private sector indebtedness and unsustainable asset price increases. That said, they will always tend to be more effective if they are properly combined with monetary and fiscal policy tools (see the article «From the Great Recession to today: the mistakes of monetary and fiscal policy» in this same Dossier).

As we are seeing, the regulation introduced as a result of the financial crisis has been designed to significantly increase the prudential requirements of the banking sector.6 The result of all this is that the solvency and liquidity of the sector in the EU and US as a whole have improved substantially compared to 2007 (see table below) and currently stand well above the minimum level required. This increases their ability to absorb future shocks, while shareholders have more at stake in the event of potential future losses, which should encourage greater prudence.

Even so, the last financial crisis demonstrated that in order to have a truly solid banking sector, it is also essential to strengthen other areas (besides prudential measures). This has led to the implementation of measures in the fields of accounting, corporate governance and conduct. In the field of accounting, the introduction of new accounting standards (IFRS 9) is an attempt to provide a more faithful representation of credit risk in financial reporting. In this regard, the requirements for recognising provisions due to credit risk have been increased, and provisions for non-performing loans must now be calculated according to the expected loss throughout the whole life of the loan (previously, non-performing loans were provisioned based on the loss expected over the next 12 months). This generally results in a higher level of provisions and contributes to financial stability.

In addition, attempts have been made to correct certain corporate governance problems that are inherent to the financial sector and can be exacerbated when the incentives among different players are not entirely aligned.7 One way to align these incentives has been to encourage compensation schemes that are more closely linked to future returns and risks, in order to avoid excessive and short-term risk-taking. At the same time, both regulators and supervisors have placed greater emphasis on aspects such as the size of Boards of Directors, the professionalisation of their members, their independence and the dynamics of how they operate. In addition, financial institutions have strived to define internal control policies that establish risk appetite thresholds for each risk (financial, business, operational, etc.). In the field of conduct, meanwhile, significant steps have been taken in relation to transparency and the marketing of products (information on costs, associated risks, etc.).8

The EU has also embarked in recent years on the construction of a banking union. This is intended to reduce the link between sovereign risk and banking risk and to mitigate financial fragmentation. However, there is still much work to be done. In particular, it is essential to implement a common deposit guarantee scheme that protects all deposits equally, regardless of the financial institution and the country of origin. At the same time, there is a need for a lender of last resort at the European level that can offer support to the single resolution fund and to the deposit guarantee scheme itself in the event of systemic events. There is also a need to design a scheme to provide liquidity for financial institutions undergoing resolution.

Furthermore, despite efforts to reduce the sector’s cyclical nature, some of the measures implemented have procyclical effects (such as IFRS 9 and risk-weighted assets), which tends to undermine some of their beneficial effects for financial stability. Finally, it should be noted that more intense regulation of the banking sector tends to lead to the intermediation activity deviating towards less regulated sectors, such as so-called shadow banking.9

In short, thanks to the implementation of the measures introduced following the financial crisis, today the financial sector is more robust than before. This will help to minimise the impact to the economy and financial stability in periods of upheaval, since countries with better-capitalised banking systems tend to experience shorter recessions and less contraction in the supply of credit.10 However, the outstanding tasks we have mentioned should be properly addressed sooner rather than later.

2. This problem also occurred in groups of smaller financial institutions, which together could generate the same level of instability if they were to go bankrupt (too many to fail).

4. Countries such as Sweden and Norway already apply this measure, while others such as France, the United Kingdom and Ireland will apply it soon.

5. Portugal, for instance, has recently used these measures to regulate the supply of credit in the mortgage market.

6. In addition to the measures referred to above, we must add the introduction of a leverage ratio (simple ratio of capital over assets, without taking into account the assets’ risk), a liquidity coverage ratio and a stable funding ratio. More recently, the Basel 3 framework has been revised to also limit disparity in the calculation of risk-weighted assets between different financial institutions.

7. This occurs, for example, when a bank’s managers are incentivised to maximise the business’ profitability over a shorter term than the shareholders, without considering that the risks of investments carried out may materialise over the longer term.

8. Regulations such as MIFID 2 (in force since 2018) regulate these areas.

9. Financial institutions (insurance companies, investment funds, etc.) that conduct financial activities with features of a banking nature, but are less regulated and do not have a protection network, such as a lender of last resort.