The current environment of ultra-accommodative monetary conditions, with interest rates at an all-time low and abundant global liquidity, has pushed up the price of many financial assets. Given this situation, fears of overheating have emerged in alternative investment assets such as residential housing and this search for better yield could intensify in countries with high savings rates, like Germany. Below we examine whether such concerns regarding the overheating of Germany's real estate market are warranted.

House prices have seen strong growth since Germany started to exit the crisis in 2009, accumulating a 29% rise in nominal terms by 2014 (19% in real terms) but more surprising was the growth in prices in the country's seven main cities, up by 46% between 2009 and 2014 in nominal terms. However, these figures are still far from the ones seen during the property booms in Spain, the United Kingdom and the US (100%, 72% and 56% between 2002 and 2007, respectively).

Although such growth figures may seem worrying, the main indicators for housing affordability do not show signs of overheating in the German market as a whole and actually reveal that the price of housing is still below its historical average. This can be seen in the second graph, showing that the ratio of house prices to the gross disposable income of households and also rents is still slightly lower than the historical average in spite of the growth recorded since 2009.

Specifically these movements in residential property prices seem to be the result of market fundamentals rather than speculation. Supply is still cautious with an 8% annual increase in applications for new building permits on average, moreover starting from very low levels, and residential investment remaining below historical standards. However demand has become stronger thanks to the good economic outlook, the robust trend in the labour market, which has boosted household income, and demographic factors. Notewhorthy among the latter are both migratory flows from abroad (in 2013 there was a net inflow of 437,000 immigrants) and internal migratory flows towards economically more prosperous areas, substantially pushing up property prices in those regions.

At present, all the evidence suggests that supply is starting to gain traction and that migratory flows are likely to ease, partly as the rest of the euro area begins to recover, which will contain growth in property prices. In summary there do not seem to be signs of excess in the market as a whole. Therefore, for the time being, the threat to financial stability represented by the housing sector seems to be contained, although the trend in «hotter» regions needs to be closely monitored. 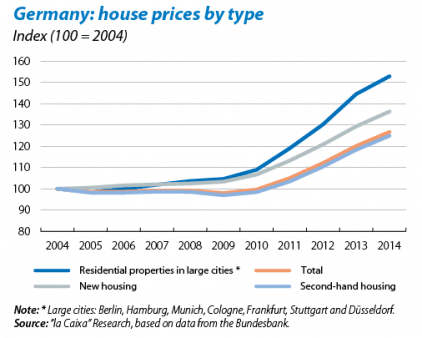 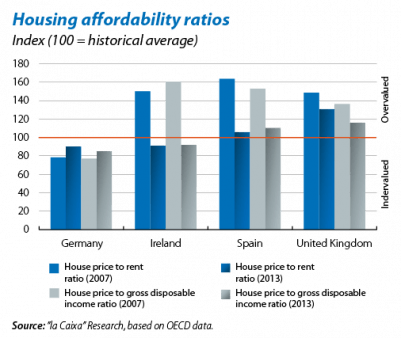 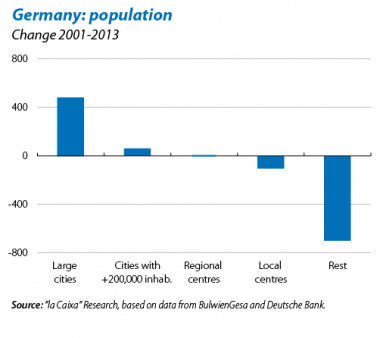